ZEITGEIST 2025… AND THE DARK COVENANT IS COMING AS PETRUS ROMANUS LEADS THE VATICAN IN ALL-OUT EFFORT TO COMBAT VACCINE HESITANCY, EVEN IF THAT MEANS THE “CURE” IS MADE FROM ABORTED BABIES 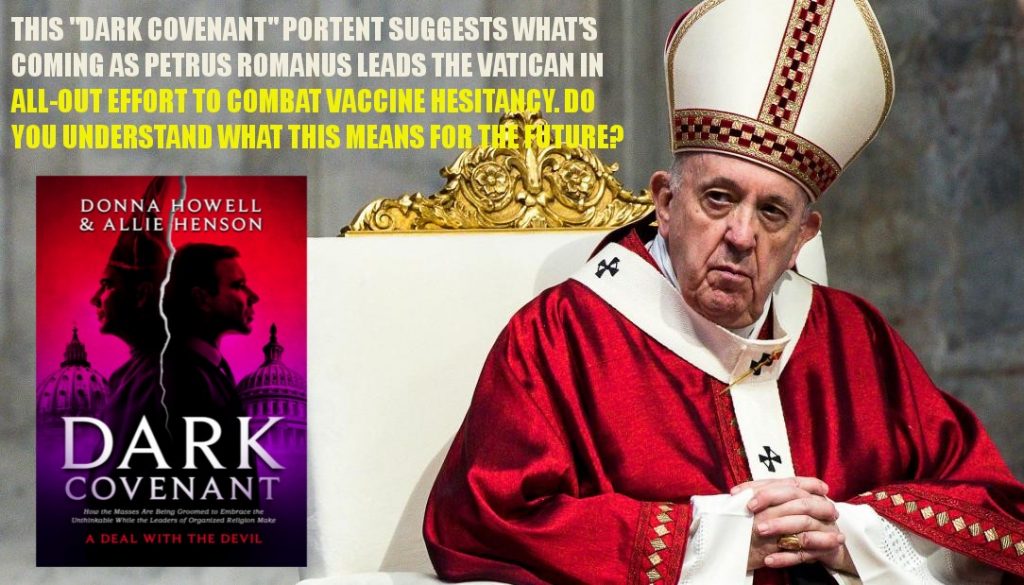 SIGHT MAGAZINE: The Vatican’s bioethics academy and the World Medical Association on Friday called for an all-out effort to combat vaccine hesitancy and correct the “myths and disinformation” that are slowing the fight against the coronavirus. Archbishop Vincenzo Paglia, for his part, noted that both his bioethics academy and the Vatican’s doctrine office have declared COVID-19 vaccines safe, effective and ethical. But some Catholics, including some conservative US bishops, have claimed vaccines based on research that used cells derived from aborted fetuses were immoral. Nevertheless the Congregation for the Doctrine of the Faith said in December that it was “morally acceptable” to take vaccines made from aborted babies when other ones aren’t available. The Pontifical Academy for Life has said there was a “moral responsibility” to vaccinate and Pope Francis has decried the “suicidal negationism” of those who refuse to take COVID-19 shots. BUT COULD A FUTURE MANDATORY VACCINE FOLLOWING ZEITGEIST 2025 PRODUCE THE MARK OF THE BEAST? IS THE POPE READYING HIS ROLE IN THE DARK COVENANT? WATCH SPECIAL HAGMANN REPORT WITH DR. THOMAS HORN AND STEVE QUAYLE BELOW!