COUNTDOWN TO 2025 AND THE SECRET DESTINY OF AMERICA—PART 19: The Dawning of the Age of Aquarius 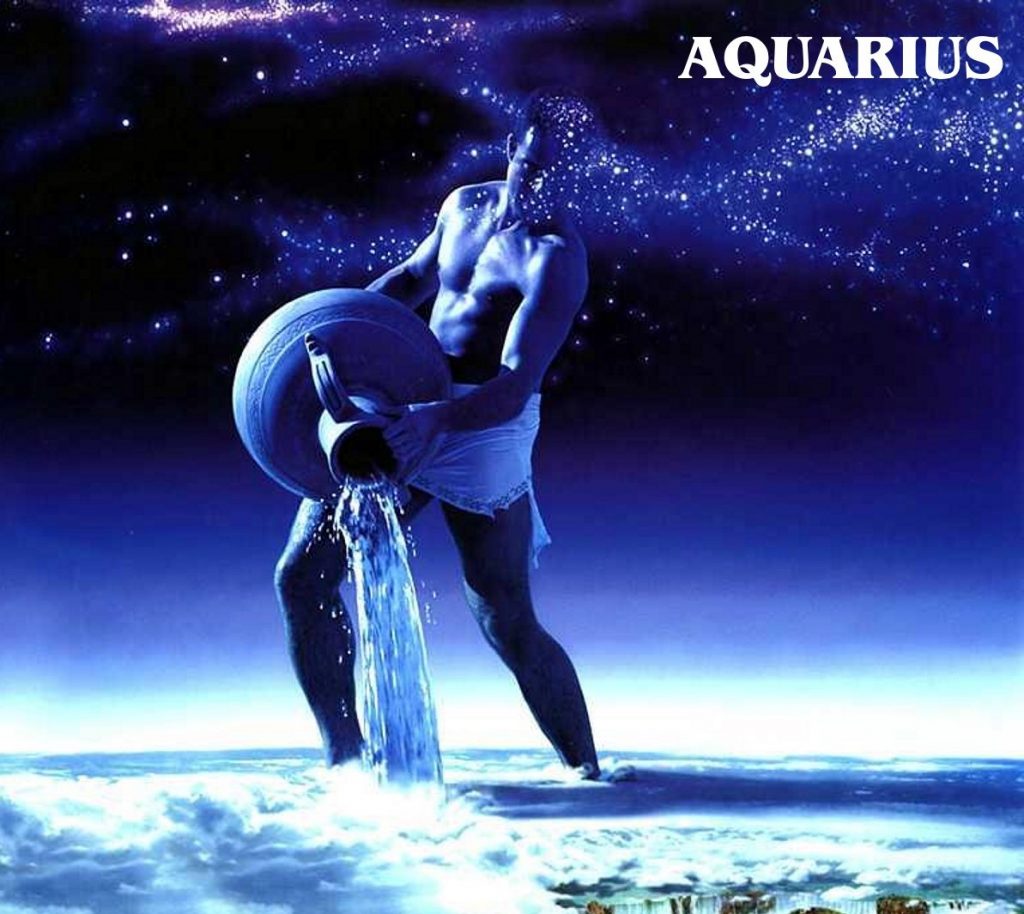 On the twenty-first of December, 2020, an alignment occurred in the heavens that the mainstream media hailed as the new “Christmas Star.” This conjunction of Jupiter and Saturn had nothing to do with the star that heralded the birth of Christ but everything to do with heralding a new “Savior,” anointed by the fallen realm. It is Virgil’s return of Saturn/Kronos, a Titan who is presently residing in Tartarus.

President Joe Biden is calling for unity and a world of fellowship and love, and some commentators are claiming we’ve entered a New Age governed by the sign of Aquarius. In case you don’t know, Aquarius is a “water bearer,” which might relate to the current US administration, for in many ways, Joe Biden is actually the third Obama administration.

Aquarius is also called “the cup-bearer,” and in antiquity, the position of “cup-bearer” referred to the eldest son or other male relative who would provide the drink offering during something called the “kispum” ritual. The Aquarius constellation itself dates back to antiquity and was called “GU.LA” or “the Great One” in Babylonian catalogues and may have represented the god Ea, patron god of the city of Eridu.

Greeks associated the constellation with Deucalion, son of Prometheus, who built a ship to survive a coming flood (rather like Noah). Chinese astronomers envisioned these stars as Yu-Lin-Kium, or “Army of Yu Lin,” considered a great army of mounted soldiers far to the north. The Chinese pagans believed this army would one day invade the earth—in the end of days.

Interestingly, the Saturn Nebula lies within this constellation. The nebula bears a vague resemblance to the planet Saturn, but looks a bit like a great eye to me. Recall that Virgil’s Eclogue IV refers to the return of “old Saturn’s reign” as the beginning of a New Age of Men, comingled with gods.

The idea of a new age of peace and love harkens me back to when this song was popular:

When the moon is in the Seventh House

And Jupiter aligns with Mars

Then peace will guide the planets

And love will steer the stars

This is the dawning of the Age of Aquarius

No more falsehoods or derisions

And the mind’s true liberation, Aquarius

Note that Jupiter is mentioned as aligning with Mars, not Saturn, but the conjunction in December of last year was hailed as the arrival of Aquarius. One highly respected astrologer put it this way:

The great Saturn-Jupiter conjunction which happened on 21st December 2020 has a biggest role to play in this present decade 2020 to 2030 and the outcome of this decade will create a new order which will be applied for the next 70 years from 2030 to end of this century.[ii] (Emphasis added)

You might not expect me to leap from tales from astrologers to meetings of the world’s most powerful men and women, but there is a very strong thread that does so. It’s known as the World Economic Forum. 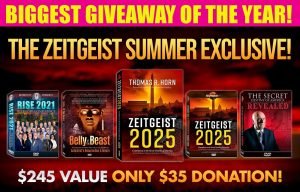 Dr. Klaus Schwab, the forum’s founder, believes that our world is about to enter a New Age; a great New World Order, that precipitates from something he calls the Great Reset. As I wrote in the bestselling book, The Messenger, this is sometimes styled as the “RE:SET,” implying something else coded within the single word.

Indeed, we can see the names of two gods here, Re and Set. In a very real way, these two combine to indicate destruction and rebuilding—or “Build Back Better,” which is another favorite phrase used by President Biden and many other world leaders today. In fact, in a virtual meeting of the global leaders known as the G7, Prime Minister Boris Johnson teased Biden for stealing his catch phrase![iii] Apparently, Johnson claims he invented “Build Back Better,” but it is actually part and parcel of Schwab’s Reset plans. Another way of looking at this idea of RE:SET is order ab chao, or “order out of chaos.”

Let’s put all these clues together.

Jupiter’s conjunction with Saturn on December 21, 2020—the winter solstice—somehow announced the arrival of a NEW AGE, overseen by a “water bearer,” who will pour out his love and hopey-changey pixie dust on all the world. The governments will look to an overarching body like the World Economic Forum to lead them into this new order, right? We’re to believe that “order out of chaos” is a good thing, and we’ll all love our new masters, and the Earth Mother and her children will rule over all humans benevolently.

Teaching the World to Praise the Old Gods

Ever since the Age of Reason divorced us from the God of the Bible and substituted our former religious allegiance to obeisance at the altar of science, Mankind has stood upon the precipice of a very slippery slope. Darwinian evolution has led to social Darwinism, which in turn led us to eugenics, and thence to transhumanism. We’re now told that humanity should not only upgrade to a new form, but we should worship old gods.

Pope Francis, a leading cheerleader for the World Economic Forum, is also the first Jesuit pope, so in essence sits upon dual thrones: that of the “Black Pope” (historically, the general of the Jesuit Order) and the “White” or official papal throne. Strangely enough, we have two white popes as well, in that Benedict resigned to allow a Jesuit to assume command.

Pope Francis has been a great supporter of universalism and open borders, where property is no longer private, but shared with the worldwide community, an idea given the trendy new name of “shareholder capitalism” by Dr. Klaus Schwab, the founder of the World Economic Forum. However, despite his public claims of mutual ownership, it’s doubtful that either Pope Francis or Schwab would approve, if we tried to remove anything from their homes or from the Vatican.

But returning to the idea of paganism and our mandate to worship at a new altar, Francis’s 2015 encyclical quotes his namesake, St. Francis of Assisi, and strikes this paganism drumbeat:

“LAUDATO SI’, mi’ Signore”—“Praise be to you, my Lord.” In the words of this beautiful canticle, Saint Francis of Assisi reminds us that our common home is like a sister with whom we share our life and a beautiful mother who opens her arms to embrace us. “Praise be to you, my Lord, through our Sister, Mother Earth, who sustains and governs us, and who produces various fruit with coloured flowers and herbs.”[iv] (Emphasis added)

Later, in 2020, the pope returned to St. Francis for inspiration and dedicated that year’s encyclical to fraternity and social friendship:

This saint of fraternal love, simplicity and joy, who inspired me to write the Encyclical Laudato Si’, prompts me once more to devote this new Encyclical to fraternity and social friendship. Francis felt himself a brother to the sun, the sea and the wind, yet he knew that he was even closer to those of his own flesh. Wherever he went, he sowed seeds of peace and walked alongside the poor, the abandoned, the infirm and the outcast, the least of his brothers and sisters.[v] (Emphasis added)

It’s strange that a man who serves as the public face of the Jesuit Order, a socialist and science-based fraternity of belief, would spread the false gospel of Mother Earth, Sister Earth, and a being called a brother to the sun, sea, and wind. These are inherently pagan ideas, and they seek to divorce mankind from science and return us to ancient beliefs and worship.

Lest you doubt the idea of “brother sun,” here is another excerpt from the pope’s 2015 encyclical:

Why am I quoting Pope Francis? Because of two things:

This quote is from a November 12, 2020 article in America: The Jesuit Review:[vii]

According to a statement from Mr. Biden’s transition team, the former vice president thanked the pope for his “leadership in promoting peace, reconciliation, and the common bonds of humanity around the world.” Mr. Biden also said he hopes to work with the Vatican “on issues such as caring for the marginalized and the poor, addressing the crisis of climate change, and welcoming and integrating immigrants and refugees into our communities.”

Welcome to the Age of Aquarius, my friends, when the gods of harmony and understanding define us all as bigots and haters. Social justice is being poured out like water from the NEW GODS of Capitol Hill, Saturn, and Justitia, and we’re expected to enjoy owning nothing. By the way, if you want something that’s really going to make your head explode, know this: Capitol Hill is modeled after Capitoline Hill in Rome, one of that city’s seven hills. It was once known as the site of Jupiter’s Temple, but then later, it added a temple to—you guessed it—Saturn. One might say, our Capitol is based on the conjunction of Jupiter and Saturn.

But here’s the good news, my friends. Jesus Christ is still on the throne, and He foresaw all of this. Not one headline, not one tweet, not one election has surprised Him. He is head of a vast army, and we’re not talking about the Chinese army of soldiers hiding within the constellation of Aquarius. No, these are fierce angelic warriors, who fight alongside each of us on this field of spiritual warfare.

I’ll conclude this entry with an encouraging passage from Psalm 23, verses 4–6 (ESV):

Even though I walk through the valley of the shadow of death,

I will fear no evil,

for you are with me;

your rod and your staff,

You prepare a table before me

in the presence of my enemies;

you anoint my head with oil;

all the days of my life,

and I shall dwell in the house of the Lord forever.

Christ, our Shepherd, leads us into the very heart of the fallen realm, the valley of the shadow of death, and He prepares a table for us and pours us a cup that overflows. He is the True Cupbearer, the True Source of life-giving water.

It is HIS BLOOD that protects us. Christ is king—not Saturn or Jupiter, and HE is the arbiter of true justice.

All those who want to RE:SET this world and set themselves upon thrones should take warning from this passage. For Christ is your king, too. He rules over all worlds and thrones and dominions—even Chaos.

And He is coming back. Soon

Hallelujah! Even so, come, Lord Jesus!

But, before His arrival, another is coming…and bringing hell with him.

UP NEXT: Biden Makes Way for the Kings of the East 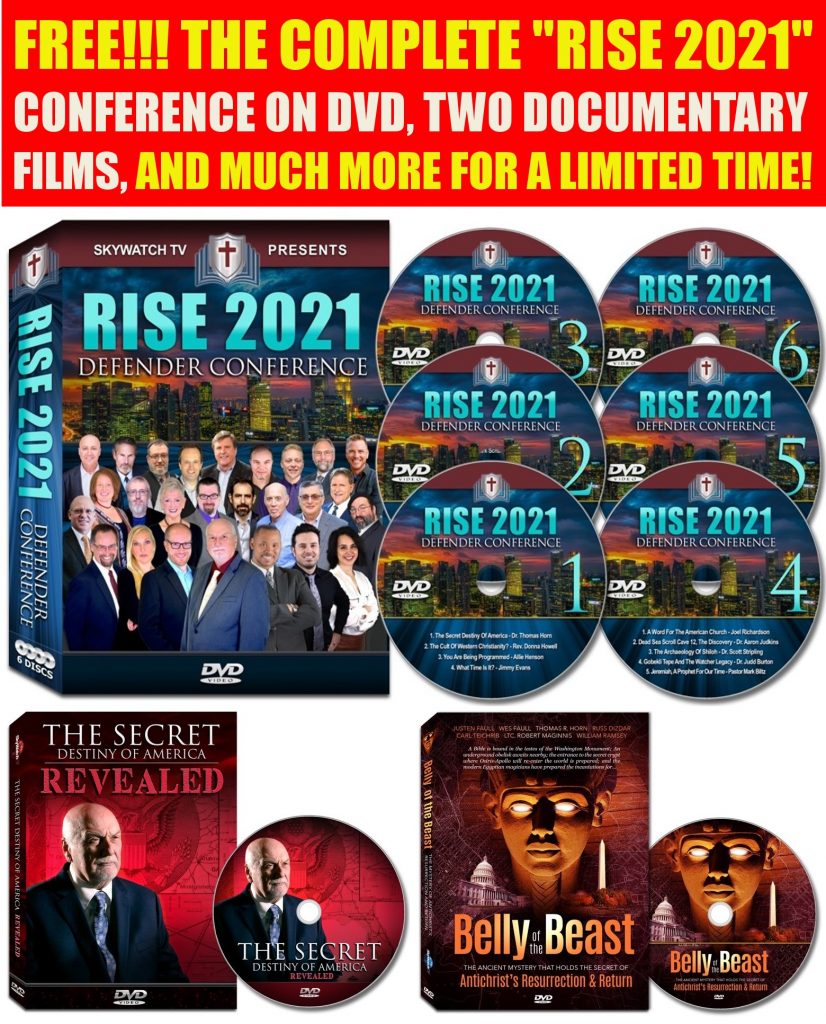 [i] “Age of Aquarius,” song by Germone Ragni, James Rado, Galt McDermot, performed by The Fifth Dimension, recorded and released in 1969 through Sony/ATV Publishing, LLC.

[iv]Pope Francis, Encyclical Letter On the Care for Our Common Home, Published May 24, 2015, Paragraph 1. Found online at http://www.vatican.va/content/francesco/en/encyclicals/documents/papa-francesco_20150524_enciclica-laudato-si.html (accessed December 27, 2020). 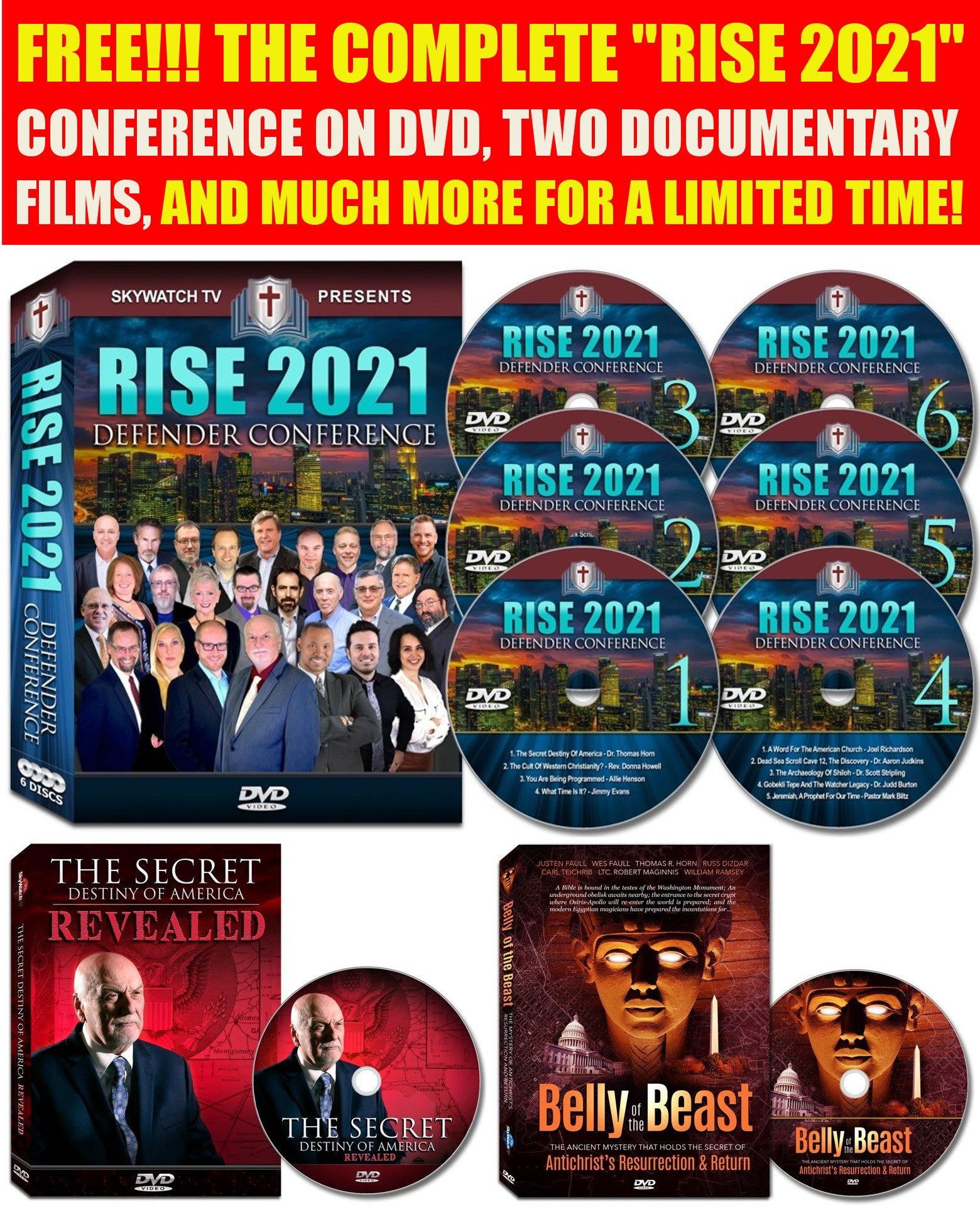 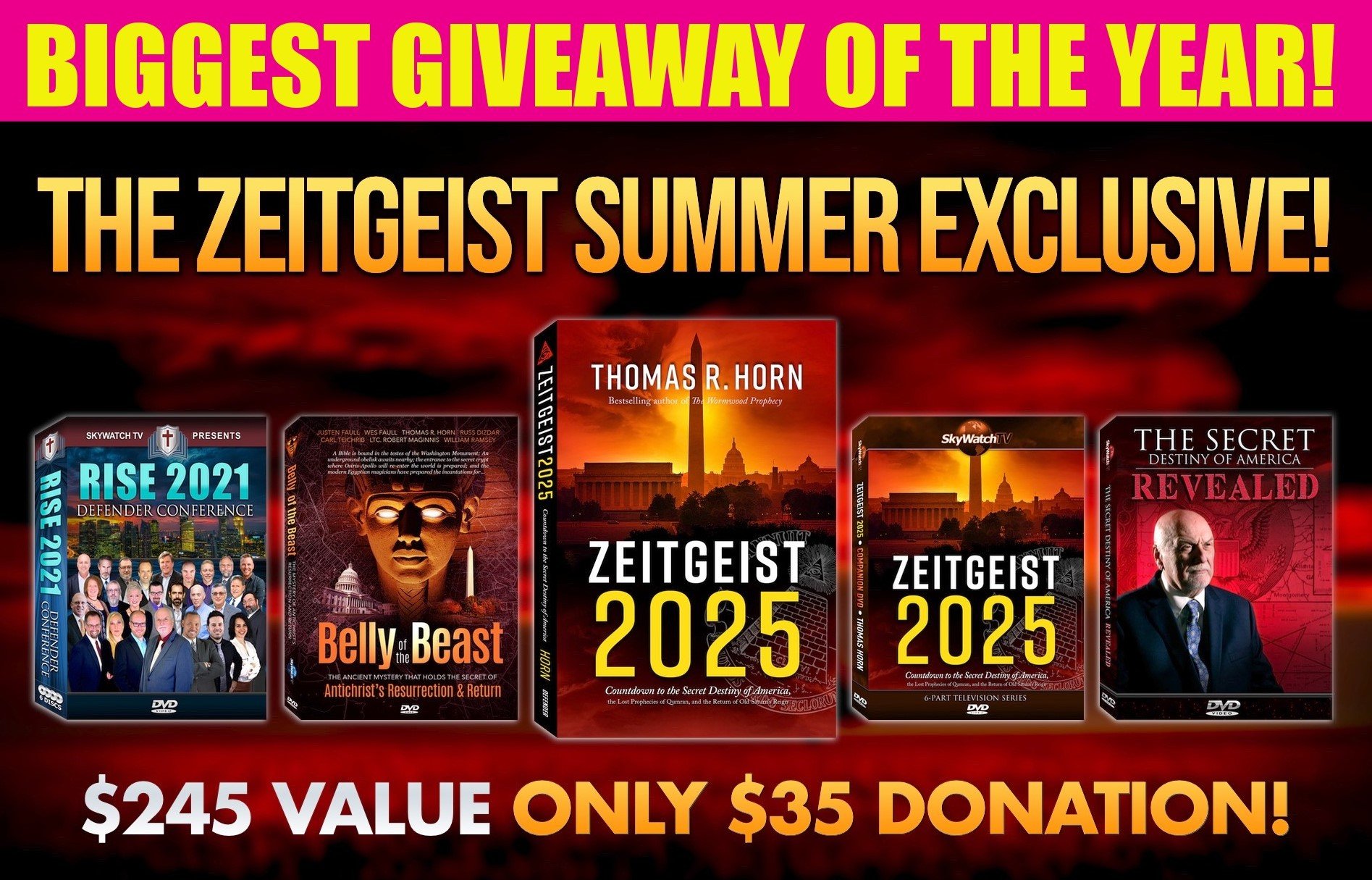