ZEITGEIST 2025 IS COMING… And Here’s Where WW-3 Could Break Out In 2021, Paving Way For The Man Of Sin And Formation Of Totalitarian World Government 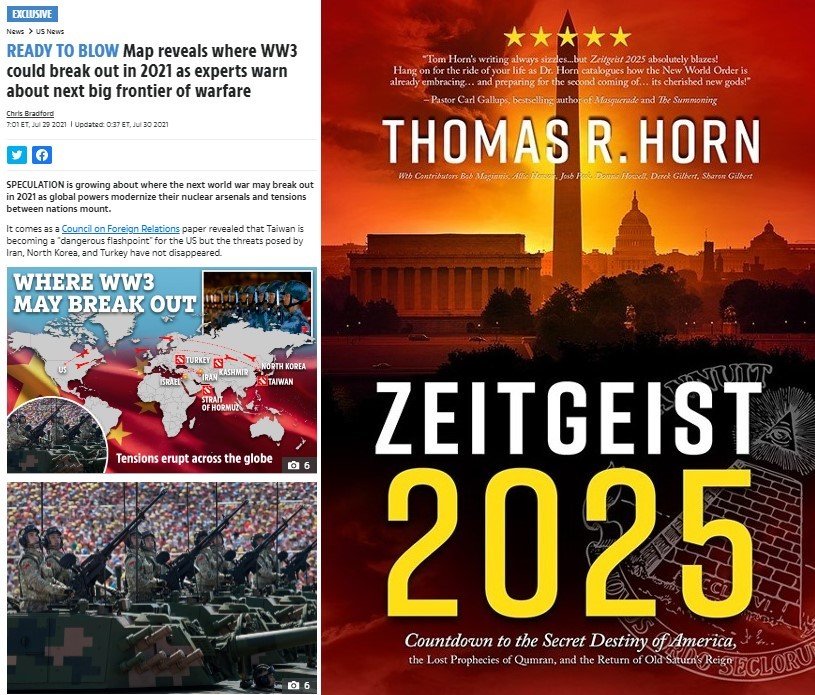 SPECULATION is growing about where the next world war may break out in 2021 as global powers modernize their nuclear arsenals and tensions between nations mount. It comes as a Council on Foreign Relations paper revealed that Taiwan is becoming a “dangerous flashpoint” for the US but the threats posed by Iran, North Korea, and Turkey have not disappeared. Admiral John Aquilino told Senators that he thinks a possible invasion of Taiwan by President Xi is “much closer than we think”. Taiwan — broke away from China in 1949 — but the Chinese ruling party regards the island as a “renegade state”  and has repeatedly vowed to take it back by force if necessary… (READ MORE)