THEY THINK THIS IS NEW? Archaeologists Astounded By Tablet That Dr. Thomas Horn Has Exhibited For Over A Decade That Reveals ‘First Ever Image Of Tower Of Babel’ 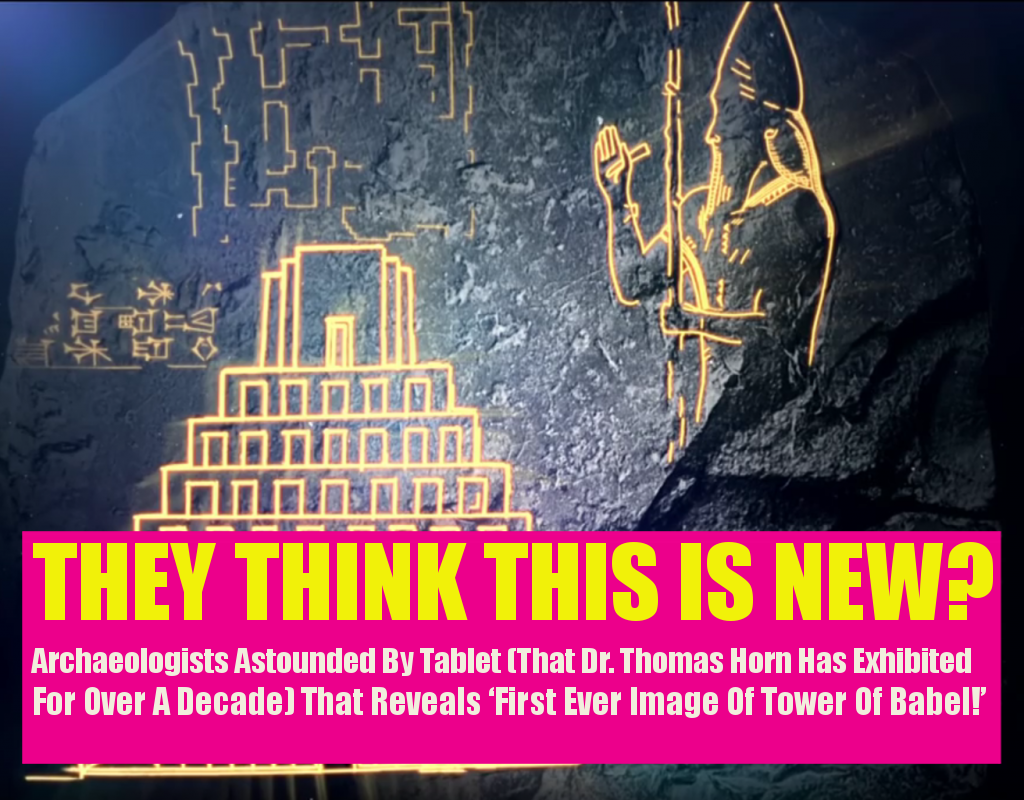 ARCHAEOLOGISTS were astounded at being given unfettered access to a previously unseen site that revealed the “first ever image of the Tower of Babel” [Ahem. Dr. Horn Has Displayed This Same Image In His Books And Articles For Over A Decade – For Example HERE]. The Tower remains one of the most mysterious stories contained in the Bible. For years, whether or not the Tower was a real, physical thing was open for discussion. Many believed it was simply symbolic, acting as a message to the Bible’s dedicated followers. The fragile remains of the ancient city of Babylon, in modern day Iraq, have revealed many secrets; the greatest of all the discovery of a vast structure which ancient records suggest was the Tower of Babel. These texts, as well as others found all around the Middle East – where Christianity originated – have given scholars some idea of what the building might have looked like. Yet, none have given researchers a clear outline or description bound in solid imagery (that is, if you discount the fact that Dr. Horn has displayed this imagery for years)… (READ MORE)