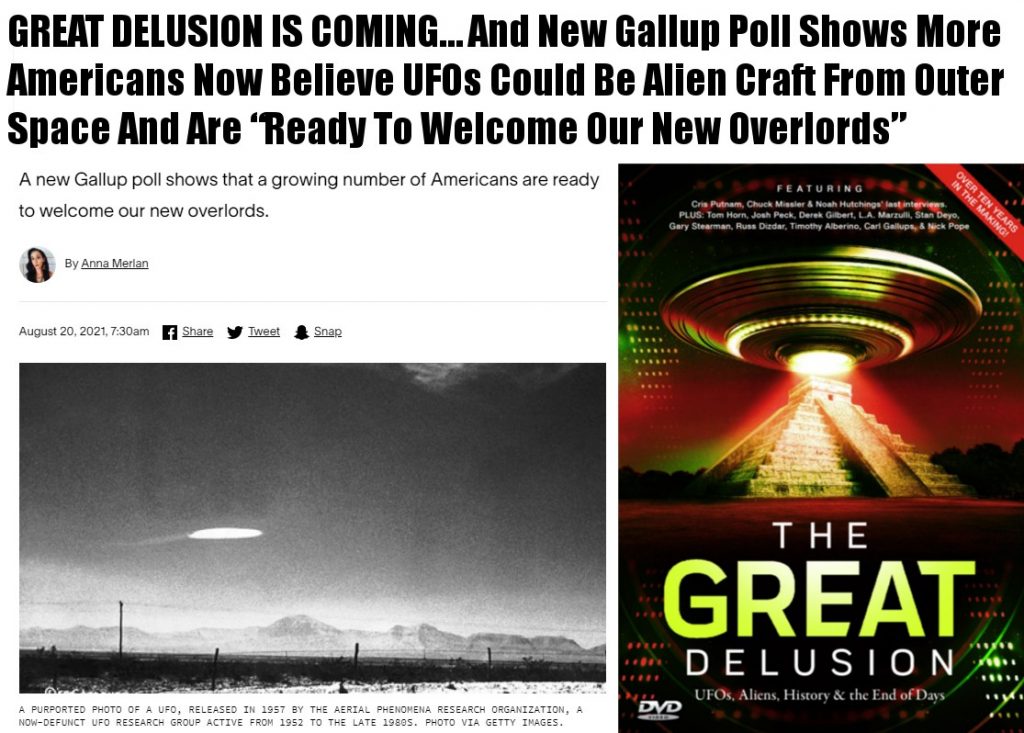 At a time of ongoing, slow-moving apocalypse and increasingly violent political division, it’s reassuring to know that Americans may, one day soon, finally band together to admit that aliens are real. A new poll from the public opinion polling company Gallup shows that the number of Americans who think UFOs could be literal alien craft from outer space has substantially increased, especially among people with college educations. “These sightings were, I think, very intriguing” to the public, Lydia Saad told Motherboard. She’s the director of U.S. social research, and was referring to the ongoing UFO renaissance, which began in earnest in 2017 when the New York Times released a blockbuster report on the Pentagon’s Advanced Aerospace Threat Identification Program, which had been secretly investigating reports of unidentified aerial phenomena, or UAPs, for years… (READ MORE)