MORE END-TIMES HARBINGERS: SCORCHING SUN AND INTENSE HEAT ALL OVER THE NORTHERN HEMISPHERE 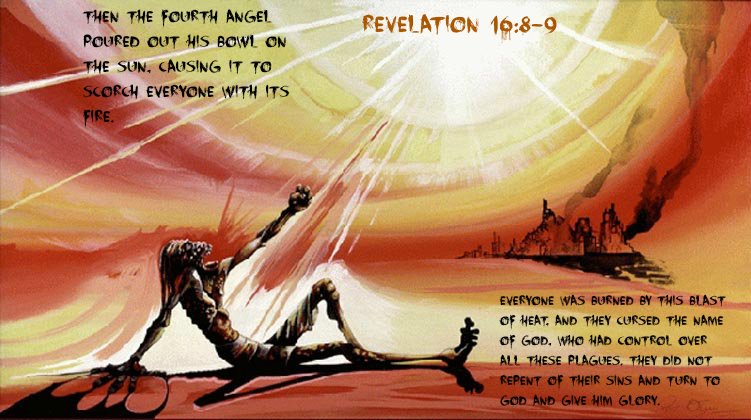 We are indeed in the season of shadows with large dark ones so it would seem.  Another terminology for these same shadows would be birth pains.  Whatever you may wish to call the signs of convergence, they all indicate that time is very short, and the return of Jesus Christ is right at the door. One of those shadows is the unprecedented intense heat that is setting records across the Northern Hemisphere.  From Europe to North America, temperature records have been broken that have gone back decades.  (Even here in our own home town the temperatures again approached 38C, 100F this past week) And with the dry intense heat, the forests have become parched setting off enormous forest fires across the globe.  Again, here in our home province of British Columbia, fires have destroyed two small communities and sent 2,000 residents of another scrambling for safety as the fires have consumed some 1,300,000 acres.  Even larger fires are burning in the Siberian region of Russia as those fires cover more ground than all the other forest fires in the world put together. The LORD will strike you with wasting disease, with fever and inflammation, with scorching heat and drought, with blight and mildew, which will plague you until you perish. Deuteronomy 28:22 NIV… (READ MORE)