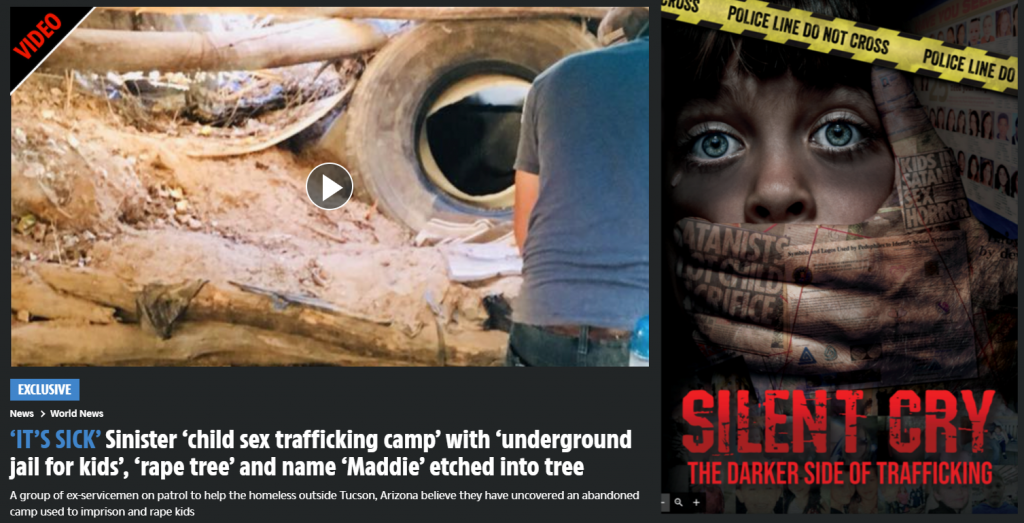 An alleged child sex trafficking camp with a sinister underground bunker, a so-called “rape tree” and the name “Maddie” written on a branch has been discovered by US veterans on patrol. The abandoned camp, just outside of Tucson in Arizona, was uncovered by an ex-armed forces group which helps homeless veterans. The makeshift camp contains an underground bunker – accessible only by small children – which was found full of toys and children’s clothing. The Veterans On Patrol group claim the bunker could be locked from the outside but those on the inside would not be able to escape. Chillingly they also found a tree which they claim is a “rape tree” with small hand restraints at a child’s height… (READ MORE)