Besides Denying Existence Of The Holy Spirit, 60% Of American Christians Under 40 Now Have Pluralistic Worldview, Say Jesus Isn’t Only Way To Salvation; Buddha, Muhammad Just As Good 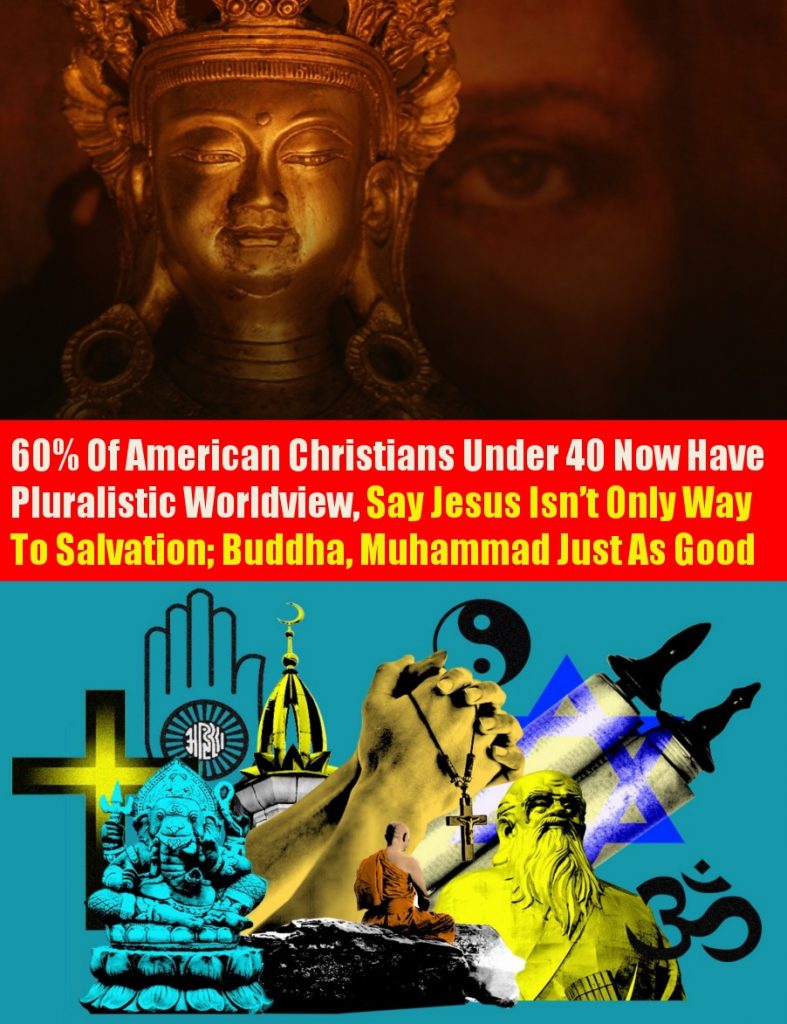 More than 60% of born again Christians in America between the ages of 18 and 39 believe that Buddha, Muhammad and Jesus are all valid paths to salvation and over 30% say they either believe that Jesus sinned just like other people when He lived on Earth or aren’t sure, according to a new study. There’s a “striking decline” in evangelical religious beliefs and practices over the last 10 years, as the number of self-proclaimed believers to hold these beliefs has increased by nearly 25%, says Probe Ministries in a statement announcing the results of its Religious Views & Practices Survey… (READ MORE)