Who Was The Lanzon, The Fierce And Terrible God Of The Chavin? 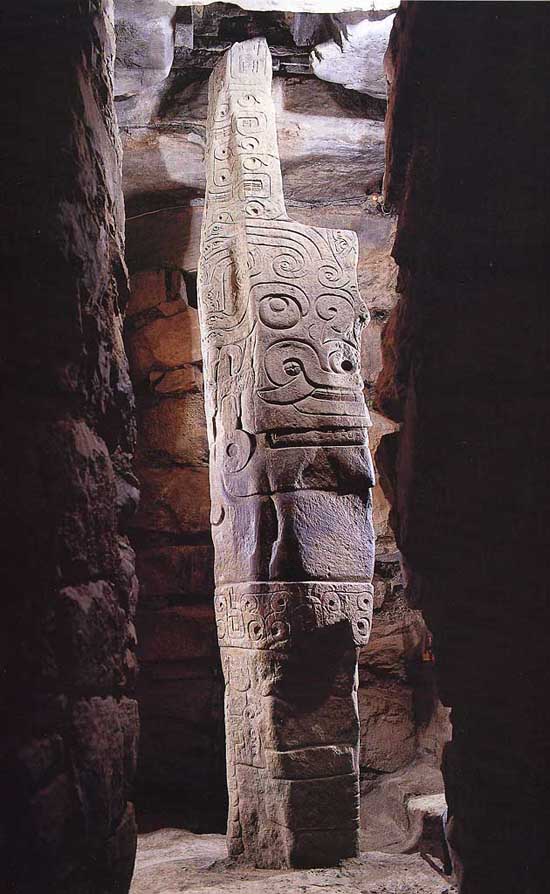 High in the mountains of Peru can be found the ceremonial center of Chavin de Huantar. It is a striking place. A large stone-paved courtyard is surrounded by towering stone steps, reminiscent of the Maya temples at Tikal but much older. From this great courtyard, a pathway leads to a smaller circular area, and onwards to a flight of stairs which lead up to the temple of the Lanzon. The Lanzon’s key role within the site was as a central pivot or “Axis Mundi” connecting the sky, the earth, and the underworld. The duality of the arms, pointing in opposite directions, suggests parallels in nature such as night or day, life or death, and the sacred balance found between them. Even though the anthropomorphic deity was made from terrestrial material, it was believed to be a celestial being, and for the Chavin their god was very real… (READ MORE)