US Lieutenant Colonel RESIGNS Over Biden’s ‘Tyrannical’ Vaccination Mandate, Warns That Senior Pentagon Analyst LTC Robert Maginnis’ Vision Of A ‘Marxist Takeover Of The US’ Rapidly Unfolding Right Before Our Eyes 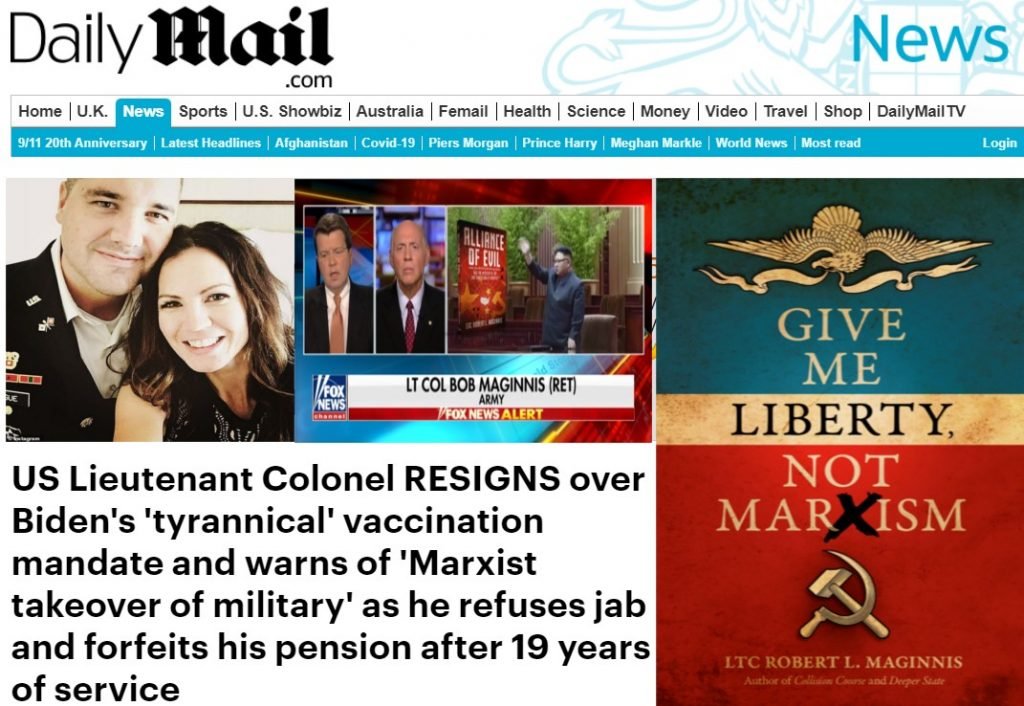 DAILY MAIL: A US Army Lieutenant Colonel has resigned and given up his pension after more than 19 years of service because he refuses President Joe Biden’s ‘unethical, immoral and tyrannical’ vaccine mandate. Lt Col Paul Douglas Hague’s resignation letter has been shared nearly 10,000 times since his wife tweeted the memo and announced the Army vet is ‘walking away from all he’s worked for and believed in since he was an ROTC kid’. In the letter – which he wrote on August 23, the day after the Pentagon announced all active military were to get vaccinated immediately – Hague said he refused to ‘sit still and allow a serum to be injected into my flesh against my will and better judgement’.