Here Is The Staggering U.S. Military Equipment List Left Behind In Afghanistan For Global Jihad 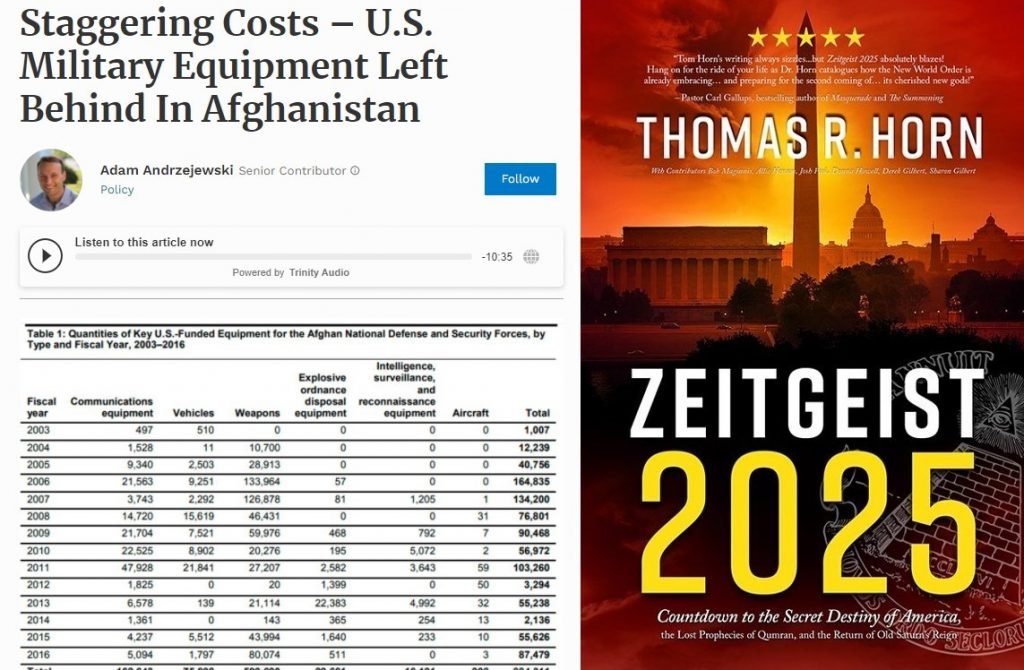 The U.S. provided an estimated $83 billion worth of training and equipment to Afghan security forces since 2001. This year, alone, the U.S. military aid to Afghan forces was $3 billion. Putting price tags on American military equipment still in Afghanistan isn’t an easy task. In the fog of war – or withdrawal – Afghanistan has always been a black box with little sunshine. Not helping transparency, the Biden Administration is now hiding key audits on Afghan military equipment. This week, our auditors at OpenTheBooks.com reposted two key reports on the U.S. war chest of military gear in Afghanistan that had disappeared from federal websites… (READ MORE)