THOMAS HORN IS ABSOLUTELY CORRECT… In Afghanistan, Biden Has Opened The Gates Of Hell 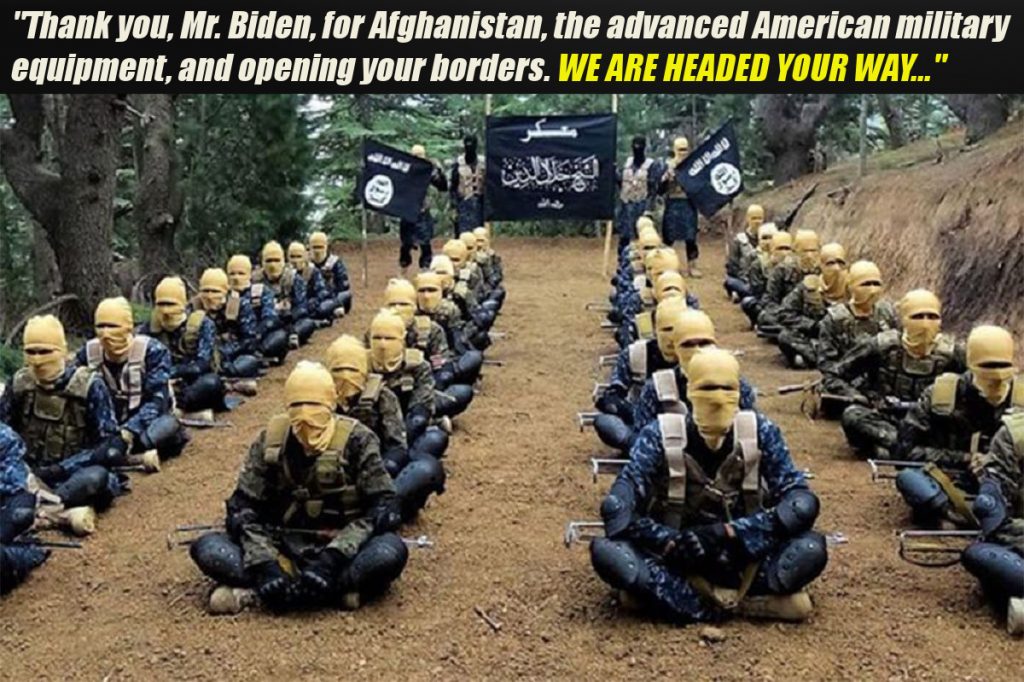 The Afghanistan fiasco is the worst strategic blunder since 1938: the year that British Prime Minister Neville Chamberlain waved around a copy of the Munich Agreement and proclaimed “peace in our time.” Chamberlain’s failure to understand the enemy gave Germany the space it needed to invade Poland — the event that marked the start of World War II. Chamberlain resigned in 1940 when his political support evaporated. Winston Churchill assumed power, ultimately snatching victory from the jaws of defeat. President Joe Biden’s debacle will have no such savior; the Islamic jihad isn’t that kind of war. Instead of getting us out of Afghanistan, and bringing peace in our time, he’s opened the gates of hell. In one disastrous and grossly ill-conceived strategic move, Biden has armed and empowered the Taliban and elated every Muslim fanatic from Morocco to Mindanao. Not since 9/11 have events so galvanized our enemies — U.S. forces abandoning the field; the Afghan military laying down arms; and the Taliban reestablishing their Islamic Emirate. Of greater consequence, Biden has handed over to our enemies the geographical heart of Khorasan — the historic Islamic cultural, intellectual and theological center that was overthrown by the Mongols in the 14th century. It included parts of what today are six Asian countries stretching from Iran to Kyrgyzstan. For the Salafi jihadists, the heart of Khorasan is Afghanistan. And for the last several years, the Islamic State-Khorasan (ISIS-K) has been establishing a center of operations there for its global Islamic caliphate. We got a taste of what to expect from ISIS-K on Aug. 26, when 13 American soldiers and 169 Afghans were killed in two suicide bomb attacks on the Kabul Airport. ISIS-K isn’t alone… (READ MORE)