ZEITGEIST 2025 IS COMING… And Politicians, Actors, And Journalists Are Preparing The Way For Antichrist’s Great Persecution By Demonizing American Christians As “Equal To Taliban” 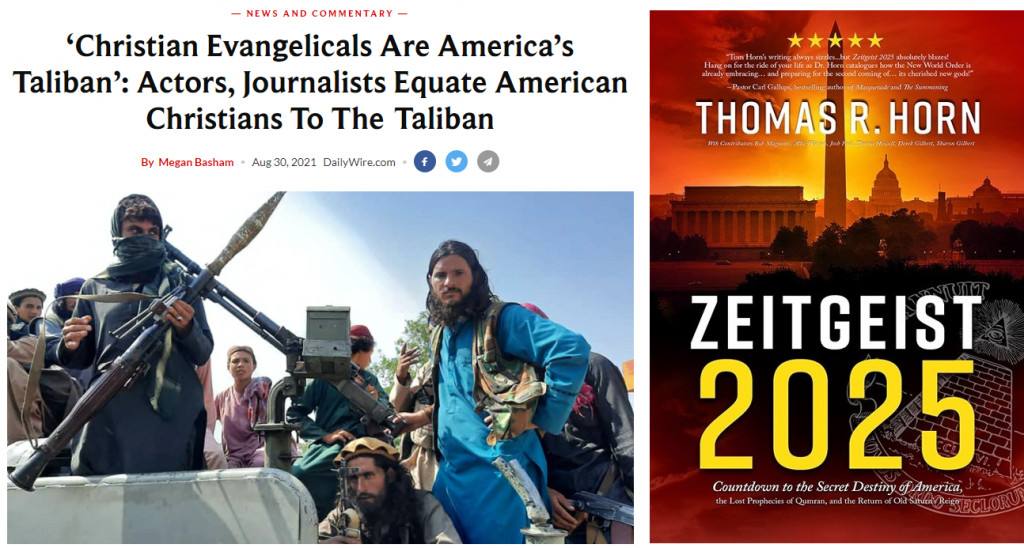 MSNBC host Joy Reid stirred up controversy earlier this month when she compared Christian conservatives to the Taliban. But Reid is hardly the only public figure on the left making that analogy. Actor Tim Russ, best known for playing Lieutenant Commander Tuvok on the sci-fi series “Star Trek: Voyager” and Principal Franklin on Nickelodeon’s “iCarly,” tweeted Monday that, “The Taliban are as fanatical about their beliefs and culture as the millions of people right here in the U.S. who believe in religion, conspiracy theories, and alternate reality.” This isn’t the first time Russ has disparaged Americans of faith generally or Christians specifically. But as the march toward ZEITGEIT 2025 unfolds, he is increasingly joined by other agents of darkness… (READ MORE)