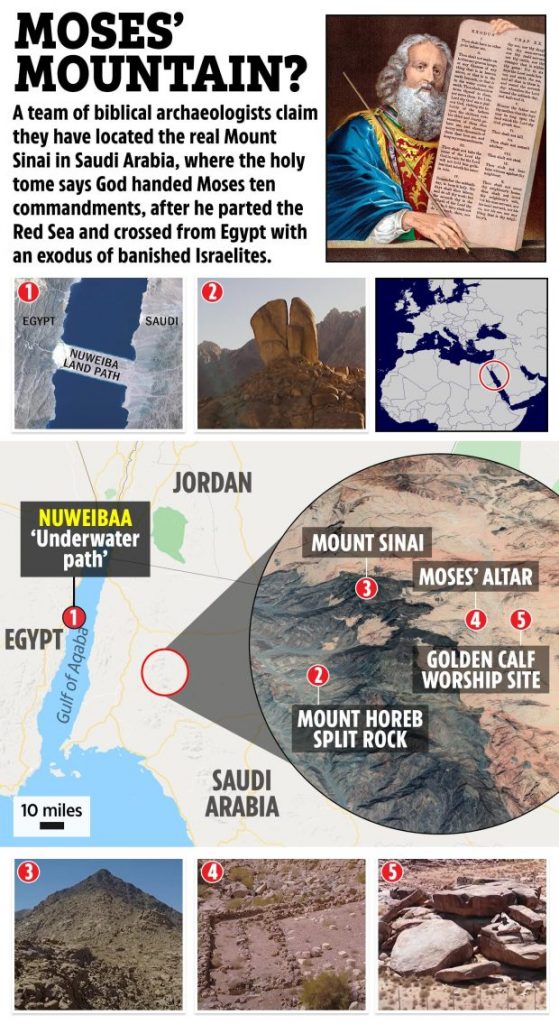 BIBLICAL archaeologists have claimed to have located the holy mountain where the Bible says God gave Moses two stone tablets inscribed with the Ten Commandments. They believe features and archaeological remains on the site in Saudi Arabia directly line up with the passage in the holy tome, some of which are fenced off as protected areas by the Saudi theocratic regime. Foundation president Ryan Mauro, who is a Middle East expert, told the Sun: “One of the main reasons certain scholars claim that the Exodus is a myth is because little to no evidence for what the Bible records has been found at the traditional Mount Sinai in Egypt’s Sinai Peninsula. But what if these scholars have actually been looking in the wrong spot? Move over into the Arabian peninsula and you find incredibly compelling evidence matching the Biblical account.” The real holy site, he says, is in the northwestern province of Saudi Arabia and there is strong evidence to prove this. The researchers then went on to identify Jabal Maqla, a peak within the Jabal al-Lawz mountain range, as Mount Sinai… (READ MORE)