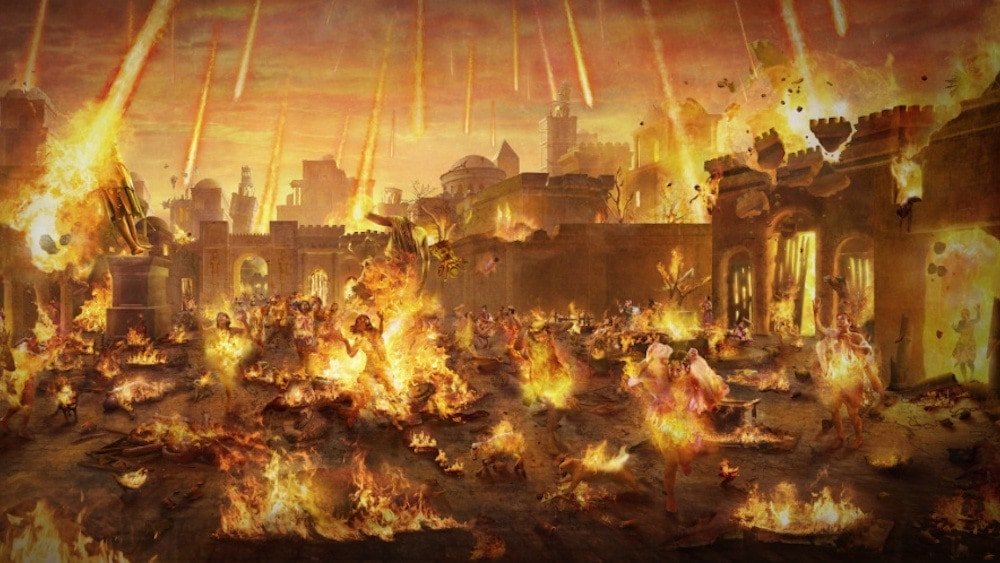 The biblical “sin cities” of Sodom and Gomorrah were destroyed by a meteor “cloudburst” that incinerated all 8,000 inhabitants, according to new research. The giant space rock exploded over the town 3,650 years ago, creating a fireball. Scientists say the same event might also have given rise to the tale of Jericho’s walls “tumbling down,” as that city was just 20 miles away. In the Bible, God was said to have been enraged by the wickedness of the inhabitants of Sodom and Gomorrah, raining “fire and brimstone” upon them. Now there seems to be hard evidence that a “heavenly event” really did happen around that time…. (READ MORE)