WITH ZEITGEIST 2025 RACING THIS WAY… The End-Times Kings Of The East Fire Back At Reports Of U.S. Commandos In Taiwan, Say PLA Will Launch Targeted Air Strikes To Eliminate “U.S. Invaders” 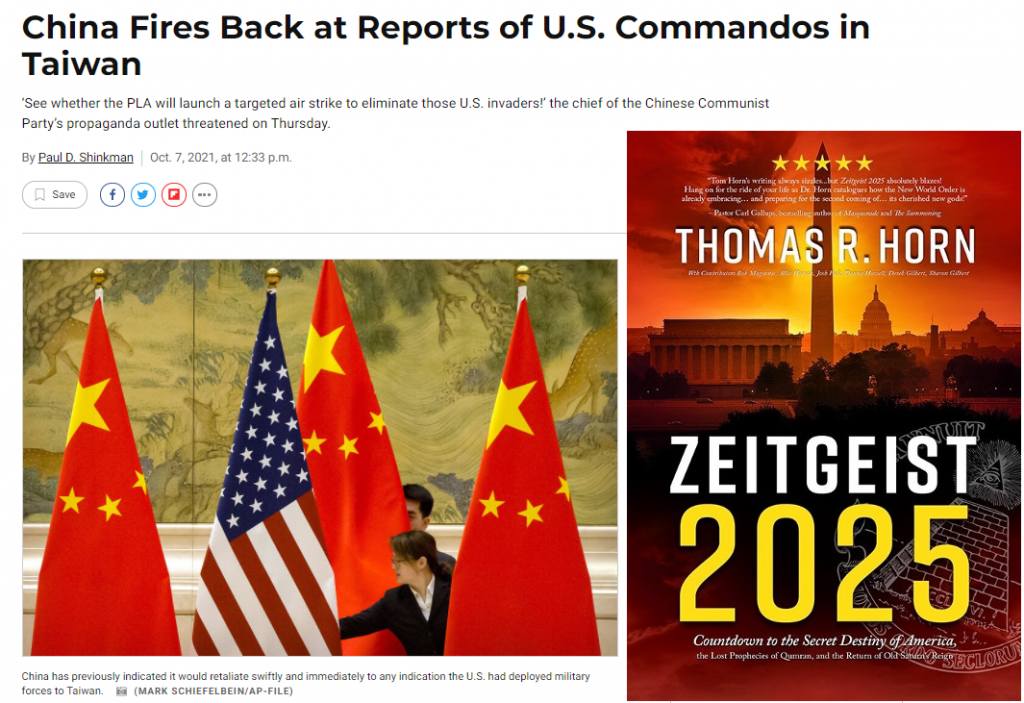 China has previously indicated it would retaliate swiftly and immediately to any indication the U.S. had deployed military forces to Taiwan. When Sen. John Cornyn, Texas Republican, claimed without explanation in August that the U.S. had roughly 30,000 forces on Taiwan, state news in Beijing fired back that, if true, the Chinese military would “crush them by force.” What have previously been downplayed as idle threats have taken on new potency in recent days, following China’s steady deployment of aircraft into Taiwan’s air defense zone on an unprecedented scale. Dozens of warplanes entered Taiwanese Air Defense Identification Zone – technically outside the island’s self-described airspace – on Friday and Saturday, the date of China’s annual celebration marking the founding of the Chinese Communist Party, followed by more than 50 on Monday, almost doubling the scale of its largest previous provocation in June. The latest round of threats comes at a particularly contentious time for relations between China and the U.S… (READ MORE)