IS IT THE FAMOUS ‘GREAT COMET’ OF CATHOLIC PROPHECY THAT SIGNALS THE END TIMES? 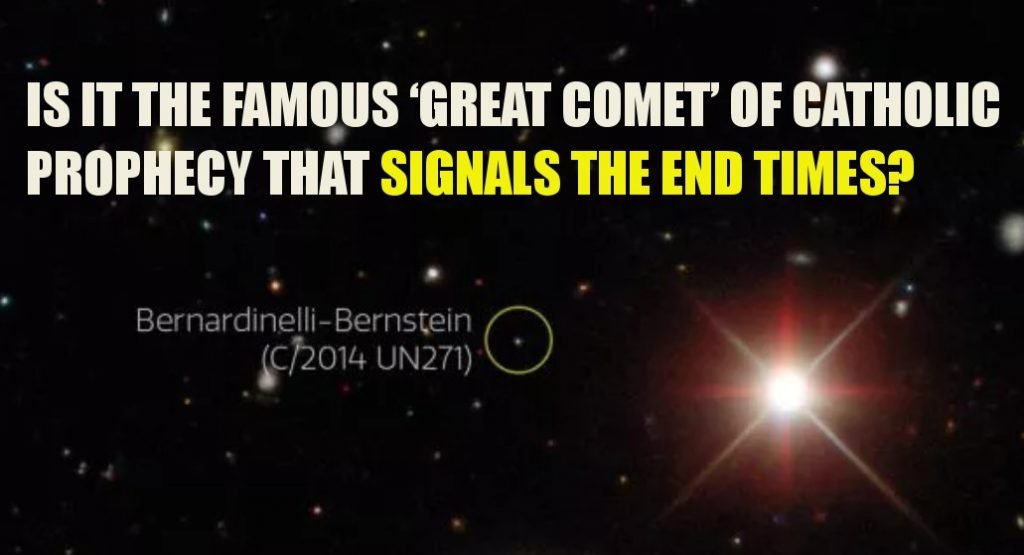 Even Pedro Bernardinelli and Gary Bernstein admit they’re an unlikely pair of scientists to end up with a record-breaking comet named in their honor. Scientists briefly estimated that Comet Bernardinelli-Bernstein, as it’s now known, was the largest such icy body identified to date, perhaps more than 100 miles (160 kilometers) across with a odd distinction: it sprouted a tail remarkably far from the sun, suggesting more revelations to come. All told, the object offers astronomers an unprecedented opportunity to watch the antics of a comet… (READ MORE)