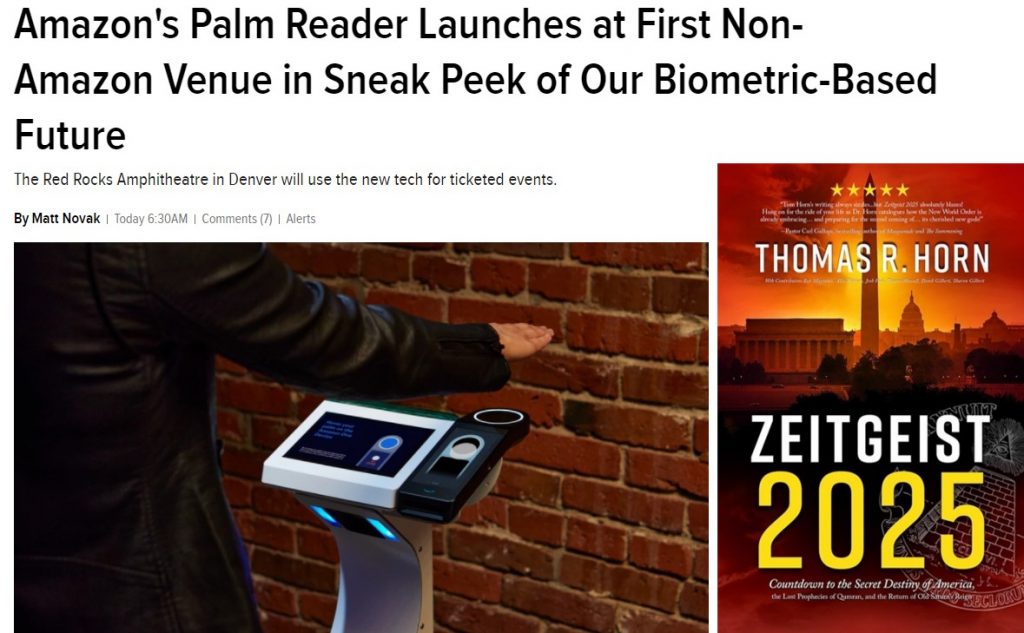 Amazon’s electronic palm reader technology, known as Amazon One, launched at the Red Rocks Amphitheatre in Denver on Tuesday, according to a press release from the retailing giant. It’s the first deployment of Amazon One’s biometric reader outside of an Amazon-owned property and is certainly a sign of things to come. In fact, Amazon seems to be banking on rolling this technology out everywhere. Amazon One, which launched a year ago in just a handful of Amazon locations, promised to make a big push for third-party applications. And today seems to be the official start of that initiative, meaning the [prophesied] palm readers will likely start showing up at all kinds of locations… (READ MORE)