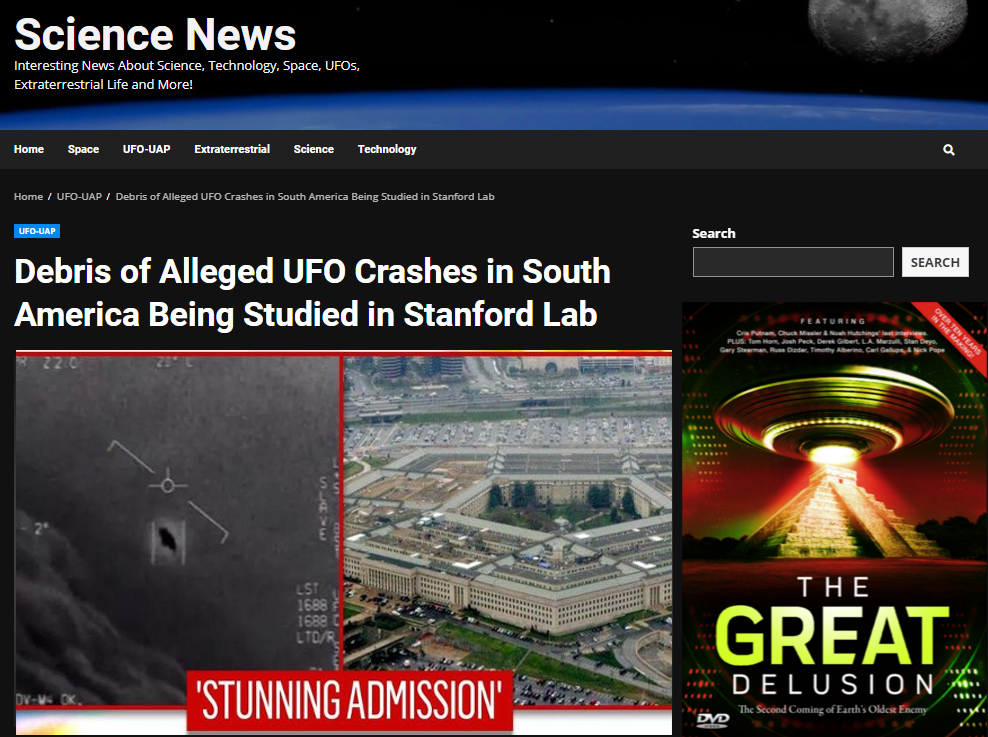 Debris from several UFO cases dating back to 1947 is now being studied by Dr. Gary Nolan at the Nolan Lab at Stanford University. In a recent interview with KQED, Nolan discussed how he got involved in UFO studies and what he’s currently working on with his research. Nolan says he first got involved working on UFOs when he “was approached by some people representing the government and an aerospace corporation to help them understand the medical harm that had come to some individuals, related to supposed interactions with an anomalous craft.” Currently, Nolan is working on alleged artifacts from UFOs, including some from a case previously worked on by famous UFO researcher Jacques Vallee. “You can think of it as almost like investigative forensics,” Nolan explained… (READ MORE)