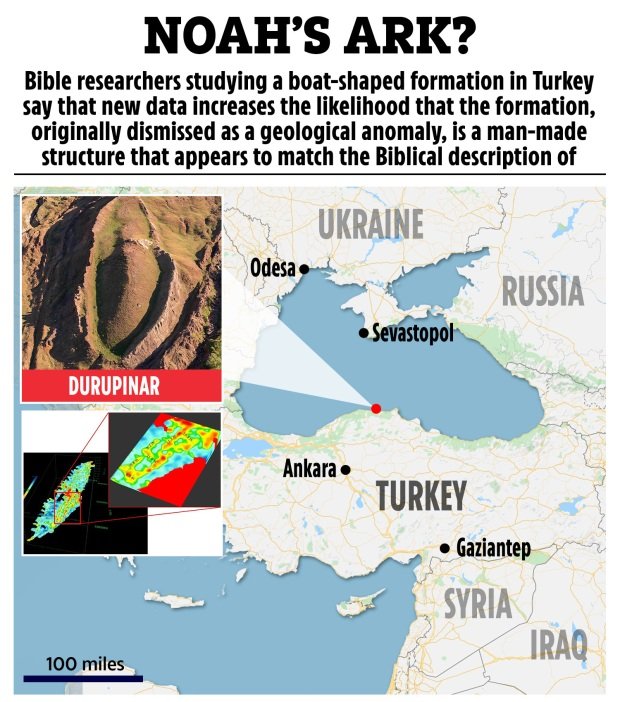 A GIANT shape claimed to match the Biblical description of Noah’s Ark has been found by researchers using 3D scans. Biblical archaeologists used ground penetrating radar to study the boat-like formation on Mount Tendürek which has long been rumoured to be the location of the legendary vessel from the Book of Genesis. Creationists have long claimed that Noah’s Ark is buried beneath a rocky spot known as the Durupınar site in eastern Turkey… US and Turkish investigators have boasted the initial scans are promising and suggest a manmade object heading beneath the mountain – and they remain hopeful it may be the Ark. Creationists have long claimed that Noah’s legendary ship is real and was buried beneath the rocky spot, known as the Durupınar, in the east of Turkey… (READ MORE)