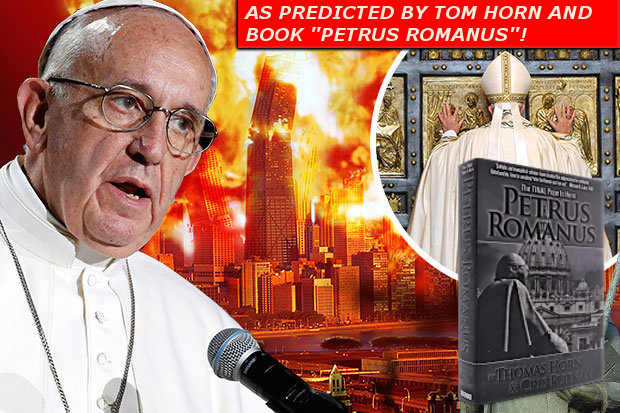 Pope Francis met with Palestinian Authority President Mahmoud Abbas on Thursday. At the meeting, the Pope emphasized the importance of the “Two-State Solution” which would create an unprecedented Arab state inside of Israel’s borders, ethnically cleansed of Jews, with its capital in the section of Jerusalem containing Judaism’s holiest site. The Vatican released a statement saying that “during the cordial talks in the Secretariat of State,” the two sides acknowledged “the good relations between the Holy See and the State of Palestine” and discussed “bilateral issues of mutual interest..” The talk “stressed that it is absolutely necessary to reactivate direct dialogue in order to achieve a two-state solution, also with the help of more vigorous effort on the part of the international community… (READ MORE)