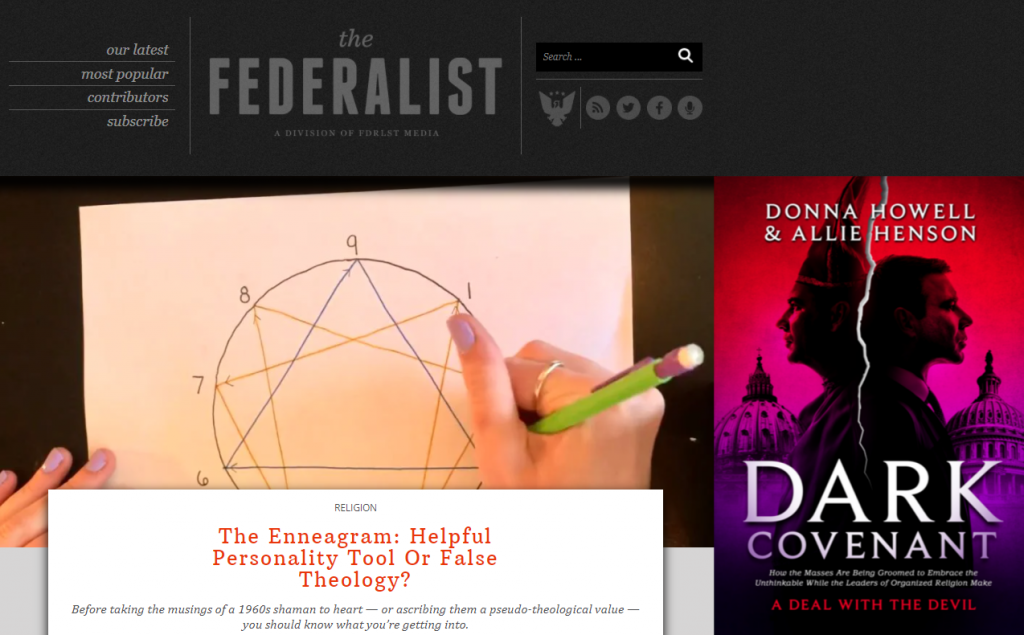 Rohr’s website admits, “the Enneagram as we know it today” traces back to the 1960s, when Óscar Ichazo was the first to assign the elements of the enneagram to personality types. But Ichazo, notes a draft report from the U.S. bishops’ Secretariat for Doctrine and Pastoral Practices in the National Catholic Reporter, “claimed to have discovered the personality type meaning of the enneagram while in some kind of ecstatic state or trance under the influence of some spirit or angelic being.” Ichazo, his student Claudio Naranjo, and other followers developed the enneagram and eventually brought it from Ichazo’s school in South America into wider prominence, where it caught on among types like Richard Rohr. Other names that are often cited in reference to the enneagram’s history include the early 20th century mystics Pyotr Ouspensky and George Gurdjieff, although neither connected it to personality. “The earliest mention of the Enneagram is found in the writings of the Russian occultist P. D. Ouspensky, who attributes it to his teacher, the Greek American occultist [George] Gurdjieff,” writes The Gospel Coalition’s Joe Carter… In addition to its suspect pedigree, the modern enneagram still isn’t divorced from its New Age-y roots. Many have pointed out the visual similarity between the nine points of the enneagram circle and demonic pentagrams — do with that what you will… (READ MORE)