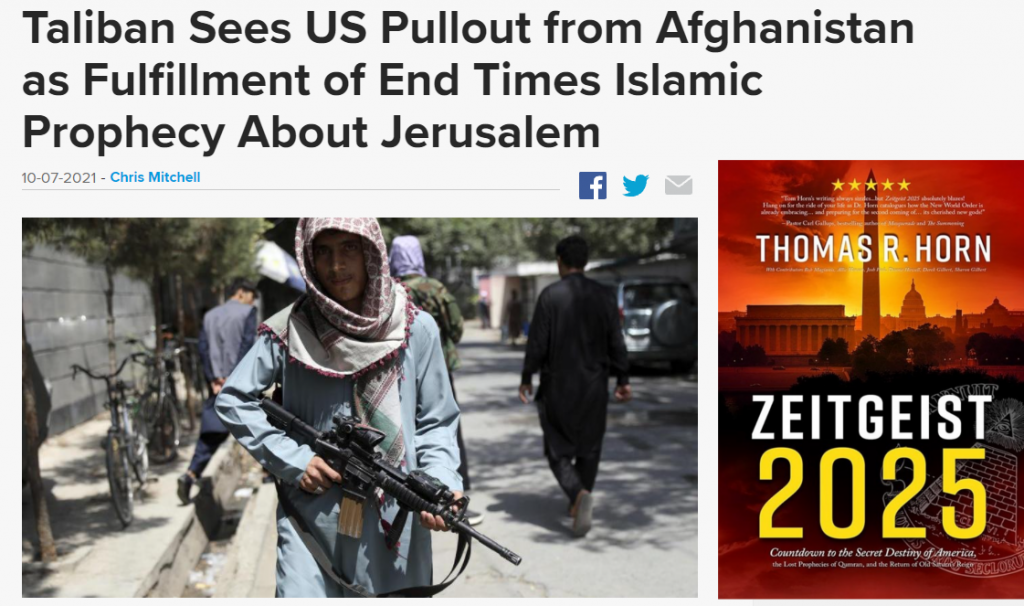 Khorasan is an ancient land that includes modern northwestern Pakistan, eastern Iran, and all of Afghanistan. “It says an army will come from Khorasan carrying black flags and then it says this: ‘If you see them give them your allegiance.  Even if you have to crawl over ice.  Because this is the army of the Mahdi,’ or in English, you can just say the Mahdi, the vice-regent of Allah.  So, this is one of their biggest end-time prophecies,” said Richardson. Sheikh Imran Hosein, a well-known Muslim expert on Islamic prophecies explained the US pullout in Afghanistan through this prophecy on his YouTube channel. “Afghanistan is the heart of Khorasan,” said Hosein. “What is happening in Afghanistan is validating the prophecy of Prophet Muhammad … that the Muslim armies designed to come out of Afghanistan, of Khorasan…no one will be able to stop it until it reaches Jerusalem.”  The Taliban see themselves as this army from Khorasan and the ISIS branch in Afghanistan calls themselves ISIS-K, K for Khorasan.  Given the unfolding developments after the US pullout, it’s likely Afghanistan will now become a magnet for radicalized Muslims around the world to join the black flags of Khorasan… (READ MORE)