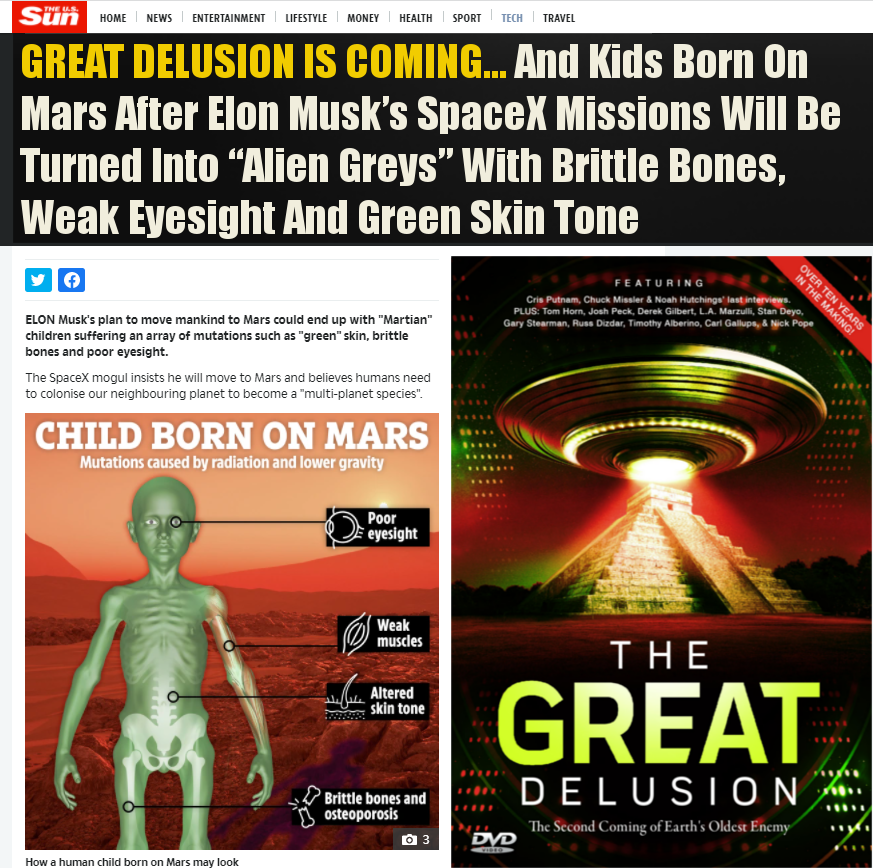 ELON Musk’s plan to move mankind to Mars could end up with “Martian” children suffering an array of mutations such as “green” skin, brittle bones and poor eyesight. The SpaceX mogul insists he will move to Mars and believes humans need to colonise our neighbouring planet to become a “multi-planet species”. However, experts warn that it’s not just the perilous 140 million mile journey which would be dangerous – humans on Mars would endure the most brutal living conditions imaginable. But it’s the children of Martian settlers who would undergo the most drastic of changes… (READ MORE)