THE PAPAL PARADOX: Is Woke PETRUS ROMANUS Alienating His flock? 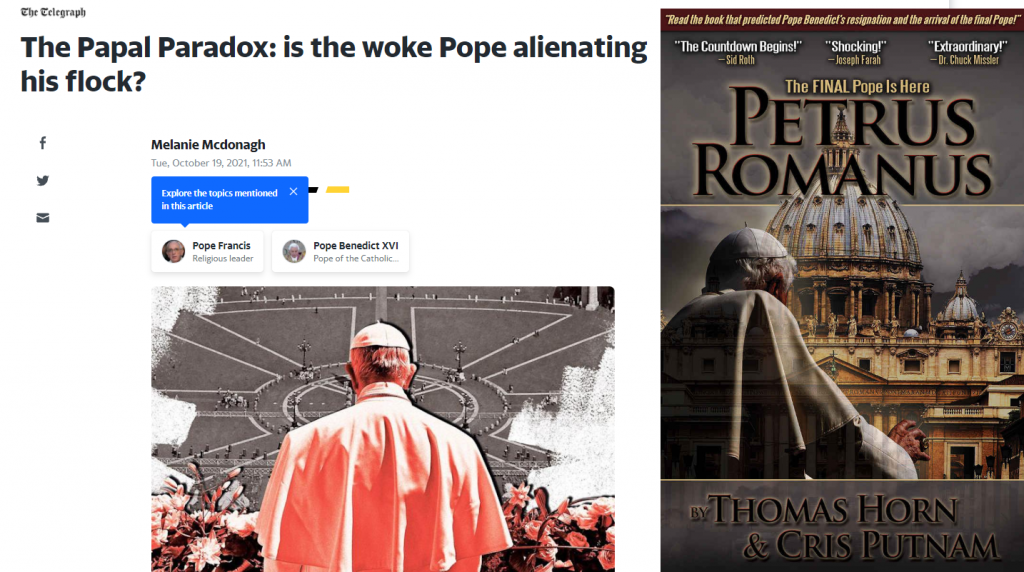 Not to put too fine a point upon it, lots of Catholics can’t stand him – liberals, as well as Conservatives. This week, in a riveting piece for The Spectator website headlined “Is the Pope a Protestant?”, Damian Thompson argues that you could indeed say the Pope has “gone Protestant”. He says: “Francis may be pursuing a liberal policy agenda, but it’s also quirky and incoherent. He is Jesuitical in the pejorative sense of the term, constantly shifting his position in order to keep both his opponents and supporters on their toes. But his leadership has none of the positive attributes of his order: it has created an intellectual mess.” This is strong stuff, though not half as strong as a priest he quotes, who expressed the hope that the Pope would drop dead that very night… (READ MORE)