AS PROPHESIED IN THE BIBLE? A Giant Solar Flare Is Inevitable, And Humanity Is Completely Unprepared 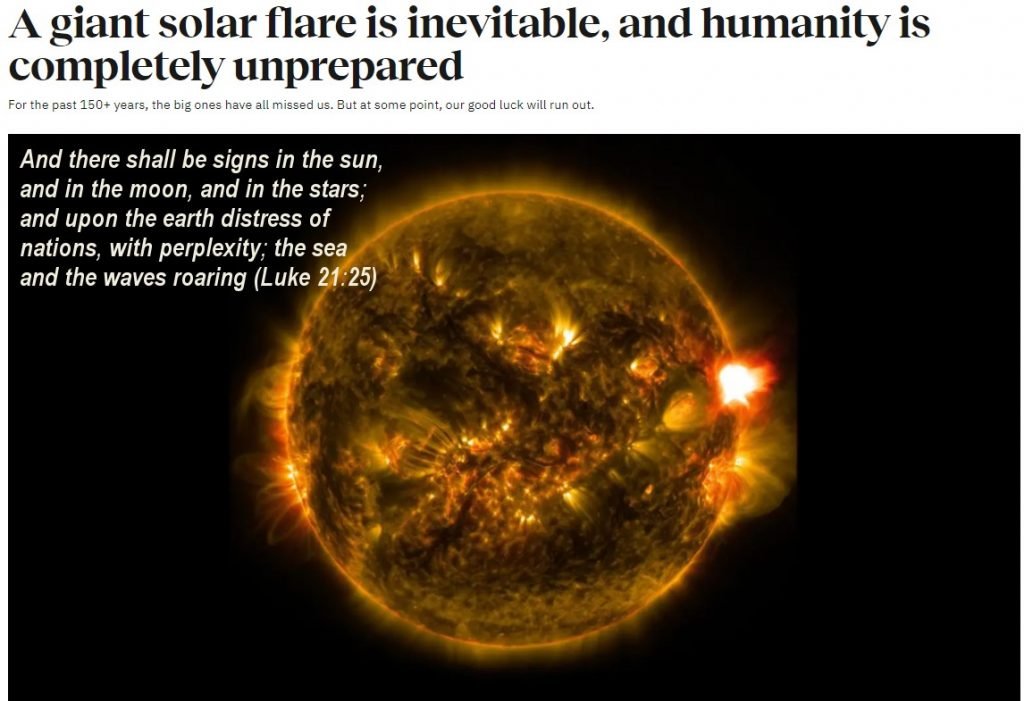 The sun emits all sorts of space weather in random directions, and every once in a while Earth is right in its crosshairs. When a coronal mass ejection’s magnetic field is anti-aligned with Earth’s, it can induce a very dangerous geomagnetic storm. This could lead to a multitrillion dollar disaster if we’re unprepared — and we’ve never been in more danger. From the 1600s through the mid-1800s, solar astronomy was a very simple science. That changed dramatically in 1859, when solar astronomer Richard Carrington was tracking a particularly large, irregular sunspot. All of a sudden, a “white light flare” was observed, with unprecedented brightness and lasting about five minutes. Approximately 18 hours later, the largest geomagnetic storm in recorded history occurred on Earth. Aurorae were visible worldwide, including at the equator. Miners awoke in the middle of the night, thinking it was dawn. Newspapers could be read by the light of the aurora. And troublingly, telegraph systems began sparking and igniting fires, even though they were disconnected entirely. This turned out to be the first-ever observation of what we now know as a solar flare: an example of space weather. If an event similar to 1859’s Carrington event occurred here on Earth today, it would result in a multitrillion dollar disaster. Here’s what we all should know about it… (READ MORE)