ZEITGEIST 2025 IS RACING OUR WAY… And The Hilarion Is Readying Her 2024 Election Comeback (AND END-TIMES ROLE?) 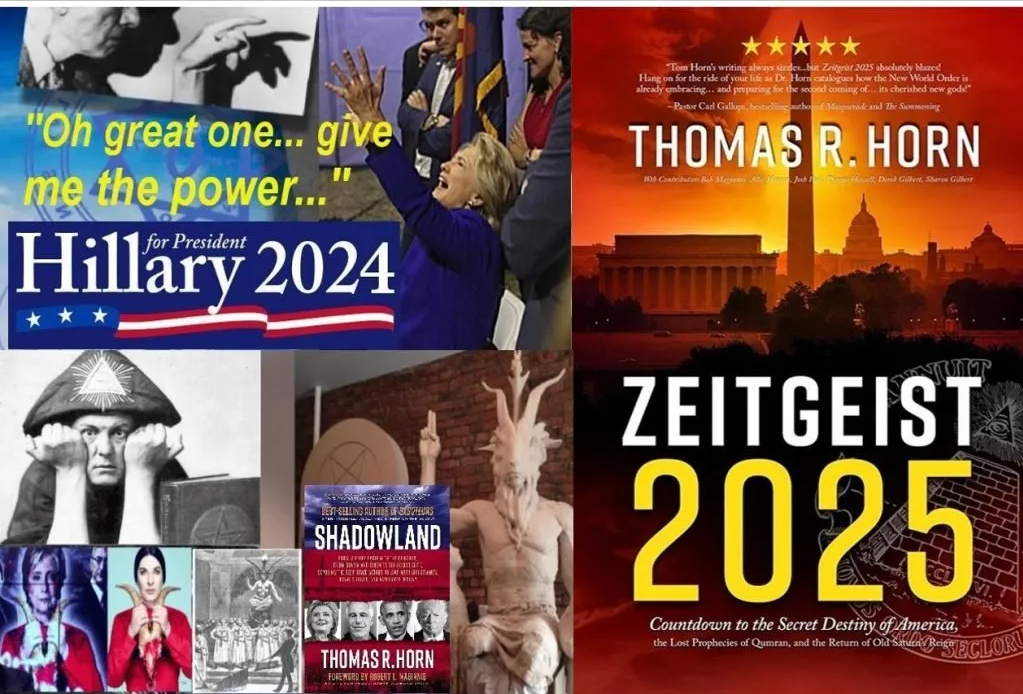 WALL STREET JOURNAL: “A perfect storm in the Democratic Party is making a once-unfathomable scenario plausible: a political comeback for Hillary Clinton in 2024. Several circumstances—President Biden’s low approval rating, doubts over his capacity to run for re-election at 82, Vice President Kamala Harris’s unpopularity, and the absence of another strong Democrat to lead the ticket in 2024—have created a leadership vacuum in the party, which Mrs. Clinton viably could fill.”

But is there something deeply occultic about the Second Coming of Hillary?

In the video below learn how NASA Jet Propulsion Laboratory rocket scientist Jack Parsons and Scientology founder L. Ron Hubbard came up with the infamous “Babalon Working” that allegedly opened a gate that fueled the modern UFO era and maybe played a role in the birth… and future… of Hillary Clinton.

Both Parsons and Hubbard were disciples of Aliester Crowley and practiced his teaching called Thelema as a philosophy defined by the maxim, “Do what thou wilt shall be the whole of the law.” It comes from Crowley’s Book of the Law, which can be connected to the “Spirit Cooking” ceremonies of the Podestas and Abramovic, which was channeled by an incorporeal demonic intelligence named Aiwass.

The ultimate goal of these operations, carried out during February and March 1946, was to give birth to the magical being, or “moonchild,” described in Crowley’s works. Using the powerful energy of IX degree Sex Magick, the rites were intended to open a doorway through which the goddess Babalon herself might appear in human form.

Accordingly, one would expect a female child was to be born around 1947, and, indeed, such an influential feminist was delivered that year who may offer the most promise for identifying the fruit of Parsons’ infamous ritual. That would be none other than Hillary

Rodham Clinton. Intriguingly, Parsons later referred again to “Babalon the Scarlet Woman” and this time by a particular name in his Book of the Antichrist. On October 31, 1948, a full sixtynine years ago when the female child would have been only around one year of age, Parsons wrote that her spirit contacted him, calling itself “Hilarion,” who, he said, would become an international public figure dedicated to bringing the work of the Antichrist to fruition. Why is that important? Because the etymology of Hilarion is the arcane “Hillary.”