AS IT WAS IN THE DAYS OF NOAH: WELCOME TO THE HYBRID AGE — PART ONE

Headlines herald mankind’s entrance into the Hybrid Age with the newest advances in Human Enhancement. Recent examples include: “Chinese scientists create AI nanny to look after babies raised in artificial wombs,”[i] “In a First, Surgeons Attached a Pig Kidney to a Human, and It Worked,”[ii] “Elon Musk’s brain chip firm Neuralink lines up clinical trials in humans.”[iii]

The above headlines illustrate how, unbeknownst to most, a technological revolution is quietly developing in which mankind either will soon experience utopian physical and spiritual transformation, or a dystopian nightmare resulting in Armageddon.

We are hosting this unprecedented event because the facts are, the highest government and social think tanks in the world are currently focused on the timeframe of “2025 and beyond” as an event horizon, during which the first baby-steps in what has come to be known as the “Human Enhancement Revolution” will begin in serious fashion (behind which I see a demonic spirit in the form of a technocratic god and goddess [i.e., the acronym for “Human Enhancement Revolution” is “HER”]), quickly resulting in a technological, cultural, and metaphysical shift dominated by a new species of unrecognizably superior humans—those born of HER.

The term “transhumanism” has been given to explain how HER emerging fields of science, including genetics, robotics, artificial intelligence, nanotechnology, and synthetic biology, will radically redesign our minds, our memories, our physiology, our offspring, our physical appearance, and even perhaps—as Joel Garreau in his best-selling book, Radical Evolution, claims—our very souls.

How near is HER vision?

In their declassified December report, “The $100 Genome: Implications for the DoD,” the JASONs—an elite group of scientists who advise the U.S. government on matters of science and technology—instructed the Department of Defense (DoD) not to wait even twenty-four months before placing the highest priority on enhanced-human research, which could result, they said, in coming genotype and phenotype changes (make sure you give thought to that last statement). Genotype is the class to which an organism belongs based on the actual DNA that is passed to it from its parents—its INNER makeup—while phenotype refers to its physical appearance and behavioral characteristics such as size, shape, and pattern of movement—its EXTERIOR makeup. The recommendation from the JASONs to prioritize enhancement studies aimed at changing the genetic makeup of humans including the way we look and behave may seem, at least to the uninformed, as incredible for the near future. However, the JASONs understand that as HER technologies race toward an exponential curve, parallel to these advances will be the increasingly-sophisticated argument that societies must take control of human biological limitations and move the species—or at least some of its members—into new forms of existence. According to the JASONs, the United States and its military will fall “unrecoverably behind in the race for personal genomics information and applications” if they wait beyond 2025 to initiate this process.

WATCH! SUPER SOLDIERS, HYBRIDS, AND CYBORGS ARE CLOSER REALITY THAN YOU THINK… AND BRINGING PROPHECY FULFILLMENT WITH THEM!!

The most influential, most quoted, and most trusted think tank in the world, The Brookings Institution (http://www.brookings.edu/) in Washington, DC evidently agrees, and papers on the “Future of the Constitution” as it relates to enhanced and genetically modified humans are being drafted now for the legal analysis to extend constitutional protections to human-non-humans. This includes written arguments consisting of a variety of imperative and consensual rules regarding “human” rights and civil liberties such as described in paper, “Endowed by Their Creator?: The Future of Constitutional Personhood,”[iv] and “Neuroscience and the Future of Personhood and Responsibility.”[v]

As a result of these and related developments, an American Academy of Religion consultation group issued a call for papers on aspects of “Transhumanism and Religion,” including eschatology, or the study of end-times events. The AAR is the world’s largest association of scholars in the field of religious studies, and perhaps because I am one of the most (if not the most) publicly-recognized Christian critics of transhumanism with a belief in prophecy, I received an email from AAR head Calvin Mercer, Professor of Religion and Director of the Multidisciplinary Studies Program at East Carolina University, inviting me to submit a paper on the subject of transhumanism briefly highlighting some of my concerns.

I have not heard whether the AAR will ask me to present my paper, but in order that wider audiences understand the basic issues, I have included some of the material covered in this limited time series as a prelude to my upcoming Defender Spring Virtual Conference presentation.

In recent years, astonishing technological developments have pushed the frontiers of humanity toward far-reaching morphological transformation that promises, in the very near future, to redefine what it means to be human. An international, intellectual, and fast-growing cultural movement known as “transhumanism,” whose vision is supported by a growing list of U.S. military advisors, bioethicists, law professors, and academics, intends the use genetics, robotics, artificial intelligence, and nanotechnology (GRIN) to create a future dominated by a new species of unrecognizably-superior humans. Applications (under study now) that could help make this dream a reality are being funded by thousands of government and private research facilities around the world. The issues raised by such human-transforming sciences have reached the concerns of conservative Christian leaders including those predisposed to faith issues of eschatological significance regarding the end-times.

Brent Waters, Director of the Jerre L. and Mary Joy Stead Center for Ethics and Values has written, “If Christians are to help shape contemporary culture—particularly in a setting in which I fear the posthuman message will prove attractive, if not seductive—then they must offer an alternative and compelling vision; a counter theological discourse so to speak.”[vi]

Although the Vatican in 2008 issued a limited set of instructions on bioethics primarily dealing with in vitro fertilization and stem cell research (Dignitas Personae or “the Dignity of the Person”)[vii] and a handful of Christian scientists, policy-makers, and conservative academics have hinted in public commentary on the need for a broader, manifesto-like document on the subject, the church as an institution has mostly failed at any concerted effort to focus on the genetics revolution, the government’s interest in human enhancement, the viral transhumanist philosophy in colleges and popular media, and the significant moral and ethical issues raised by these trends. While the Vatican’s Dignitas Personae fell short of addressing the greater issue of biological enhancement, its positional paper did provide an important bird’s-eye view on the clash now developing between traditional morality and what is viewed by conservatives as the contradictory adoption of transhumanist philosophy by some Christian apologists, who likewise have begun to question what it means to be human and whose competing moral vision could ultimately shape the future of society.

Immediately following the release of Dignitas Personae, Catholic scientist, William B. Neaves, in an essay for the National Catholic Reporter, reflected the new biblical exegesis, causing reporter Rod Dreher to describe it as clearly illustrating “the type of Christianity that is eager to jettison the old morality and embrace the new.” Subtleties behind Neaves’ comments included:

An alternative point of view to the Vatican’s, embraced by many Christians, is that personhood occurs after successful implantation in the mother’s uterus, when individual ontological identity is finally established… If one accepts the viewpoint that personhood begins after implantation, the moral framework guiding the development and application of medical technology to human reproduction and treatment of disease looks very different from that described in Dignitas Personae.

In the alternative moral framework, taking a pill to prevent the products of fertilization from implanting in a uterus is morally acceptable. Using ivf [in vitro fertilization] to complete the family circle of couples otherwise unable to have children is an unmitigated good. Encouraging infertile couples with defective gametes to adopt already-produced ivf embryos that will otherwise be discarded is a laudable objective. And using embryonic stem cells to seek cures becomes a worthy means of fulfilling the biblical mandate to heal the sick.[viii]

Notwithstanding that the discussion by Neaves was limited to the Vatican’s position on embryos, his introduction of memes involving “personhood” and “ensoulment” represents for some conservative Christians worrisome theological entanglement with transhumanist philosophy that could ultimately lead to a frightening transhuman vision of the future, such as was predicted by theologian and Christian apologist, C. S. Lewis, in The Abolition of Man. Lewis foresaw the day when transhumanist and scientific reasoning would win out, permanently undoing mankind through altering the species, ultimately reducing Homo sapiens to utilitarian products. Here is part of what he said:

In order to understand fully what Man’s power over Nature, and therefore the power of some men over other men, really means, we must picture the race extended in time from the date of its emergence to that of its extinction. Each generation exercises power over its successors: and each, in so far as it modifies the environment bequeathed to it and rebels against tradition, resists and limits the power of its predecessors. This modifies the picture which is sometimes painted of a progressive emancipation from tradition and a progressive control of natural processes resulting in a continual increase of human power. In reality, of course, if any one age really attains, by eugenics and scientific education, the power to make its descendants what it pleases [transhuman/posthuman], all men who live after it are the patients of that power. They are weaker, not stronger: for though we may have put wonderful machines in their hands we have pre-ordained how they are to use them. And if, as is almost certain, the age which had thus attained maximum power over posterity were also the age most emancipated from tradition, it would be engaged in reducing the power of its predecessors almost as drastically as that of its successors… The last men, far from being the heirs of power, will be of all men most subject to the dead hand of the great planners and conditioners and will themselves exercise least power upon the future… The final stage [will have] come when Man by eugenics, by pre-natal conditioning, and by an education and propaganda based on a perfect applied psychology…shall have “taken the thread of life out of the hand of Clotho” [one of the Three Fates in mythology responsible for spinning the thread of human life] and be henceforth free to make our species whatever we wish it to be. The battle will indeed be won. But who, precisely, will have won it?[ix]

NEXT: The Scary “Hybrid Age” Foresaw By C.S. Lewis 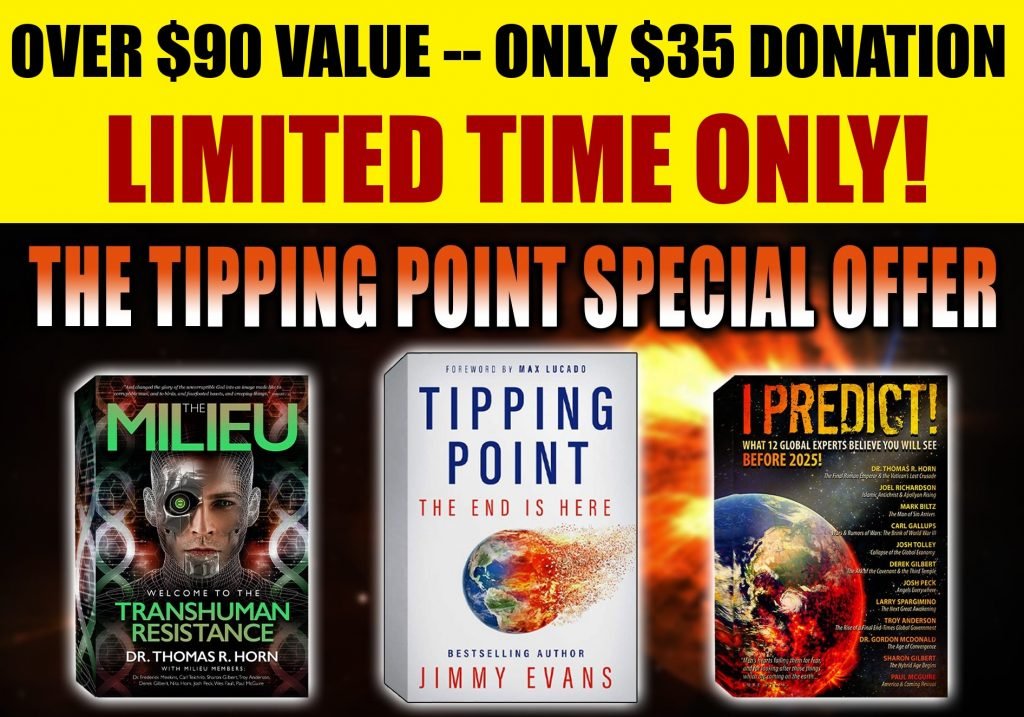 [iv] James Boyle and William Neal Reynolds, “Endowed by Their Creator?: The Future of Constitutional Personhood,” The Future of the Constitution Series, Number 10, The Brookings Institution Online, March 09, 2011, http://www.brookings.edu/papers/2011/0309_personhood_boyle.aspx.

[v] Stephen J. Morse and Ferdinand Wakeman Hubbell, “Neuroscience and the Future of Personhood and Responsibility,” The Future of the Constitution Series, Number 9, The Brookings Institution Online, February 3, 2011, http://www.brookings.edu/papers/2011/0203_neuroscience_morse.aspx. 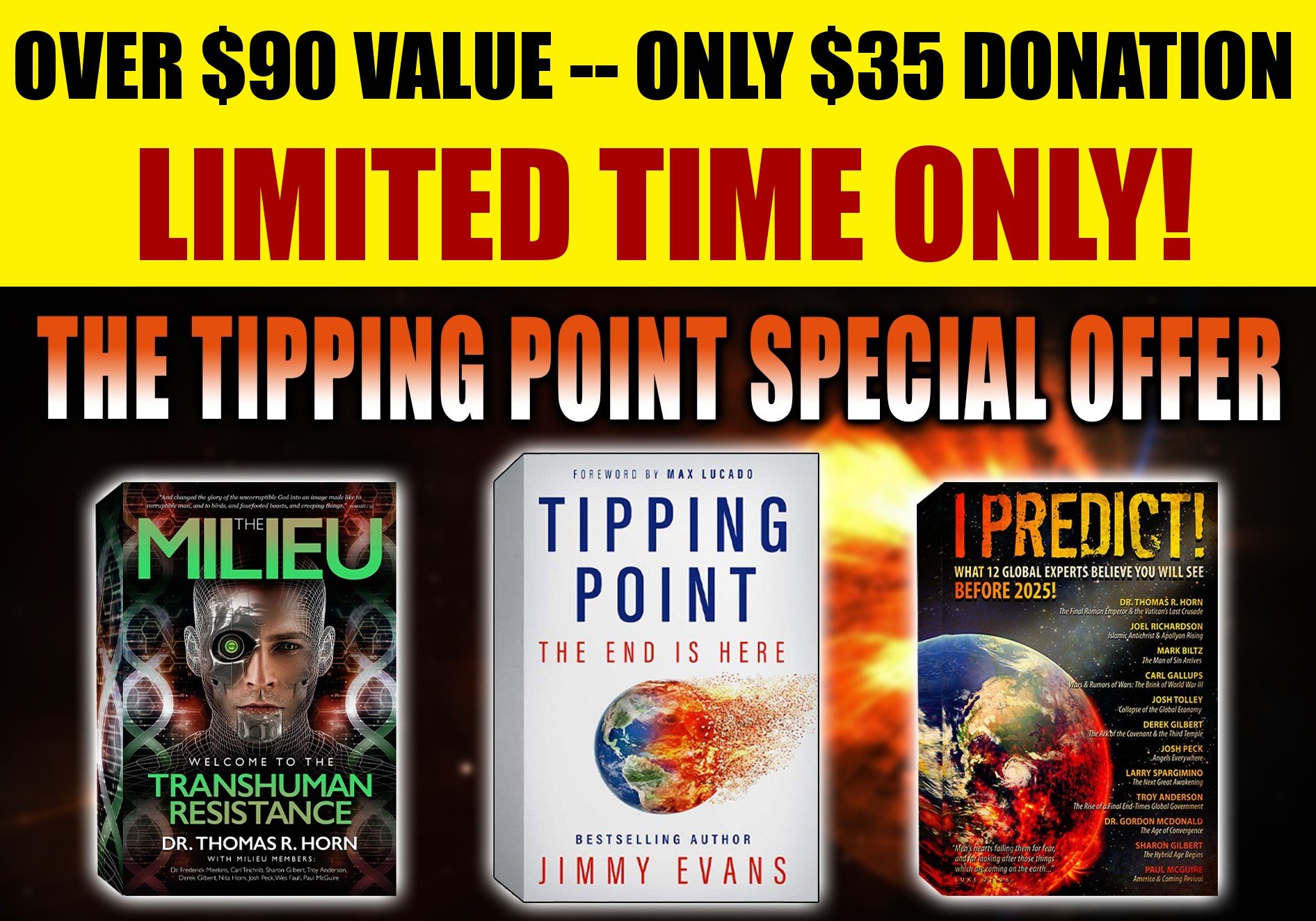