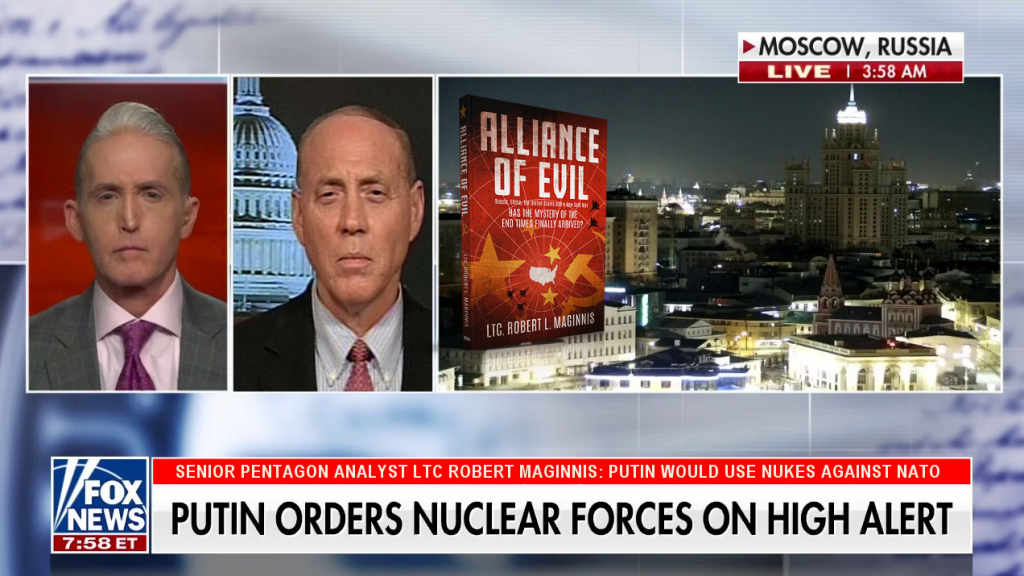 I’m not a prophet but my sources say: “Yes, Putin would use tactical nuclear weapons against NATO”

My book, Alliance of Evil: Russia, China, the United States and a New Cold War, outlines 16 indicators of our new cold war.  Indicator #9 address Putin’s threat to use nuclear weapons especially against the Baltics is very real.

Below are excerpts from that section:

In 2015, at the Lennart Meri conference, then Estonian President Toomas Hendrik Ilves asked a panel of experts addressing the topic “Thinking the Unthinkable” an important question: Should the barrage of recent Russian nuclear threats be taken seriously or dismissed as mere posturing? A US diplomat named Alexander Vershbow, who was then NATO’s deputy secretary general, responded: “Yes: a short answer is yes.”

Russia maintains a giant strategic (nuclear) force. Under the New Strategic Arms Reduction Treaty (START), it is limited to no more than 1,500 deployed warheads on 700 triad platforms. Those platforms include a fleet of bombers (mostly Tu-95 Bear and Tu-160 Blackjack), intercontinental ballistic missiles (ICBM) (SS-18, SS-19, SS-25, and expect newer, road-mobile and silo-based systems by 2020) and 10 nuclear-powered ballistic missile submarines. Moscow plans to invest $28 billion by 2020 to update its triad.

This nuclear triad has until recently been Russia’s post-Cold War security guarantor, only to be used in a last resort. However, that view seems to be changing, which makes nuclear war more likely. After all, Russia’s new military doctrine anticipates a first use of nuclear weapons “in the event of aggression against the Russian Federation with the use of conventional weapons when the very existence of the state is in jeopardy.”

Nuclear war also seems to be more likely with President Putin in the Kremlin. Every recent Russian large-scale exercise (such as the 2017 Zapad, “West” along the East European frontier) includes a scenario of a limited nuclear strike against NATO, dubbed Moscow’s “escalation to de-escalate” concept. Instances of simulated nuclear strike exercises are reported to have targeted Warsaw, the Stockholm archipelago, and the Danish island of Bornholm.

Moscow’s “escalation to de-escalate” doctrine seems more credible when one considers that Russia has in recent years acquired an edge over NATO in tactical nuclear weaponry, apparently another violation of the 1987 Intermediate-Range Nuclear Forces Treaty, as well as the means to deliver small nuclear payloads aboard highly accurate cruise missiles. That combination of tactical nuclear weapons and greater range, accurate delivery systems makes Russian talk about limited nuclear war scenarios worrisome and believable.

The Baltic region of Europe is especially concerned about Russia’s growing regional superiority in conventional forces, anti-access/area denial platforms, and the threat of limited nuclear use. The problem for the West in this region is it relies on a strategy of deterrence, but Russia already has sufficient military posture in place to quickly overwhelm, seize entire small countries (like Estonia and Lithuania), and then defend them against a slow NATO response by issuing credible nuclear threats.

This is a repeat of an old Cold War confrontation strategy—but worse, if the Russians expect they can limit the use of nuclear weapons. The problem, as former US Deputy Defense Secretary Robert Work testified in 2015, “Anyone who thinks they can control escalation through the use of nuclear weapons is literally playing with fire. Escalation is escalation, and nuclear use would be the ultimate escalation.” But Russia appears to believe it has the upper hand and is ready to use its nuclear arsenal under the right circumstances.

A veteran Russian politician indicates that the Kremlin will use nuclear arms if the US or NATO moves against the Crimean Peninsula or eastern Ukraine and, likely, against any future Russian move on the Baltics or other former Soviet satellites. Vyacheslav Alekseyevich Nikonov, a member of the Duma, Russia’s lower house of parliament, told attendees of the 2017 GLOBSEC Bratislava Global Security Forum in Slovakia that “Russian forces would need to utilize some form of nuclear warfare to deter US or NATO forces from invading Russia should they decide to enter Crimea or eastern Ukraine.”

“On the issue of NATO expansion on our borders, at some point I heard from the Russian military—and I think they are right—if U.S. forces, NATO forces, are, were, in the Crimea, in eastern Ukraine, Russia is undefendable militarily in case of conflict without using nuclear weapons in the early stage of the conflict,” Nikonov said.

This view is supported by the Military Doctrine of Russia, which was last updated in 2014. That doctrine states Moscow reserves “the right to use nuclear weapons in response to the use of nuclear and other types of weapons of mass destruction against it and/or its allies, as well as in the event of aggression against the Russian Federation with the use of conventional weapons when the very existence of the state is in jeopardy.”

It is important to understand that Russia developed nuclear capabilities far beyond what is necessary to protect the state and in some rather unexpected ways. Specifically, the Kremlin created an underwater nuclear drone capable of carrying a 100-megaton nuclear warhead, a discovery announced in a leaked draft of the Pentagon’s Nuclear Posture Review. That draft reported by the Huffington Post indicated that the weapon, an autonomous underwater vehicle officially known as Ocean Multipurpose System Status-6 and nicknamed “Kanyon,” was reportedly tested in 2016 after being launched from a Sarov-class submarine. The Kanyon reportedly has a range of 6,200 miles, with a top speed in excess of 56 knots and can dive to 3,280 feet below sea level.

Moscow’s growing nuclear arsenal and its evident willingness to do the “unthinkable,” employ that arsenal in a future war, explains the Trump administration’s desire to substantially increase the US’ nuclear stockpile and match some of Russia’s new nuclear capabilities.

FREE! GET “ALLIANCE OF EVIL” AND MORE FREE IN COLLECTION HERE! 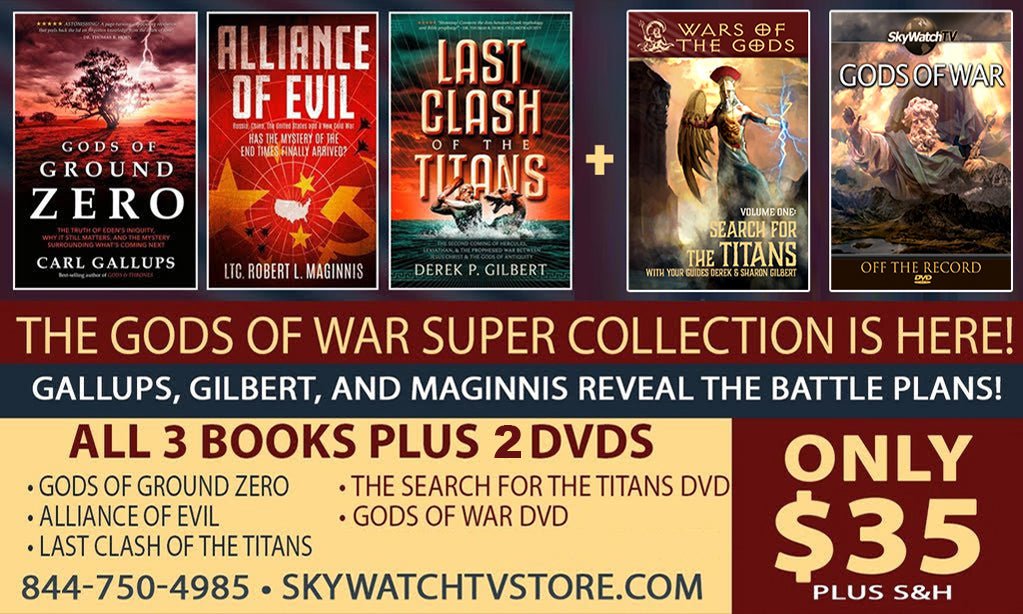