Christian Author Warns Against New ‘Breathe With Me’ Yoga Barbie: ‘Satan Is After The Children’ 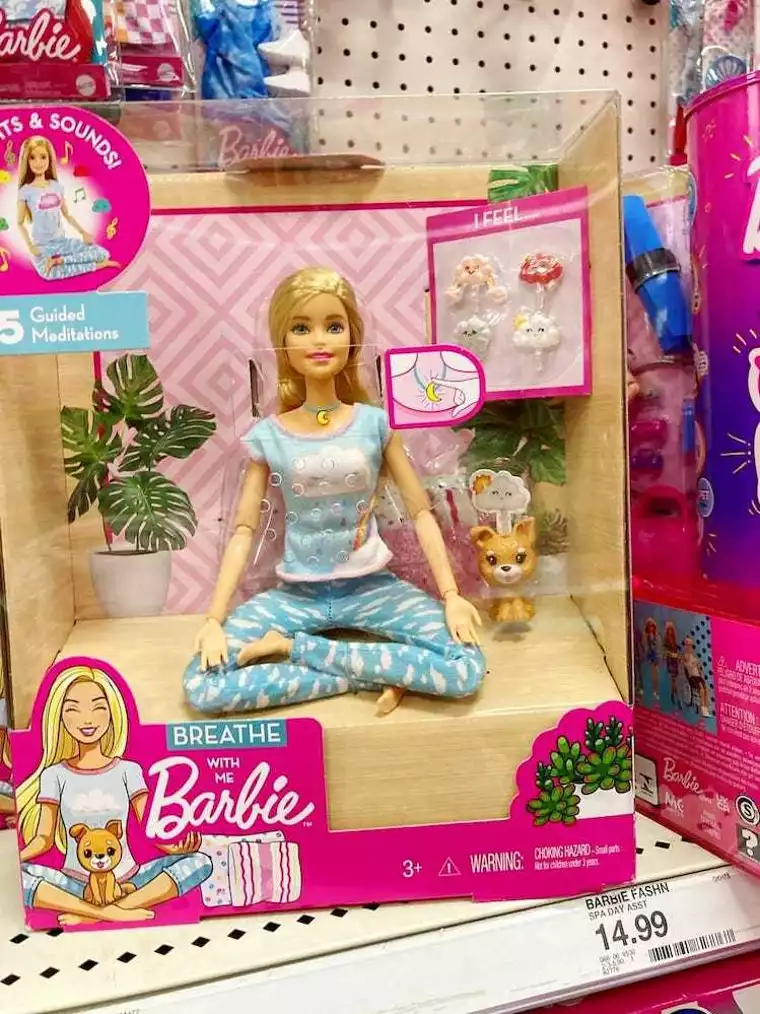 According to Mattel: “This meditation-themed doll celebrates one of her favorite ways to recharge using lights and sound — mindfulness meditation. The set comes with a Barbie doll, a puppy and four cloud emojis. Kids simply press the button in Barbie doll’s necklace to activate one of five guided meditation exercises that use light and sound effects to inspire their own practice. “Her puppy helps her visualize — insert one of the cloud emojis into its head to represent a meditative thought bubble, then switch it up for new meditation inspiration. The puppy helps Barbie doll focus with visualization: place one of the four cloud emojis — Love Rainbow, Sad Rain, Happy Sunshine or Grumpy Red — into its head to express an emotion; switch them up to express a new feeling.” But Yasmeen Suri warns: “Satan always comes as appearing innocent. He will never come with horns and a pitchfork. This Barbie has five guided meditations. Remember, Yoga is Hinduism,” Suri wrote in the May 3 Facebook post. “You cannot separate the poses from the religion. Each pose is designed to invoke a Hindu deity in the spirit realm. I have seen children get possessed by demons.” The guided meditations are also problematic for a variety of reasons, according to Suri…(READ MORE)