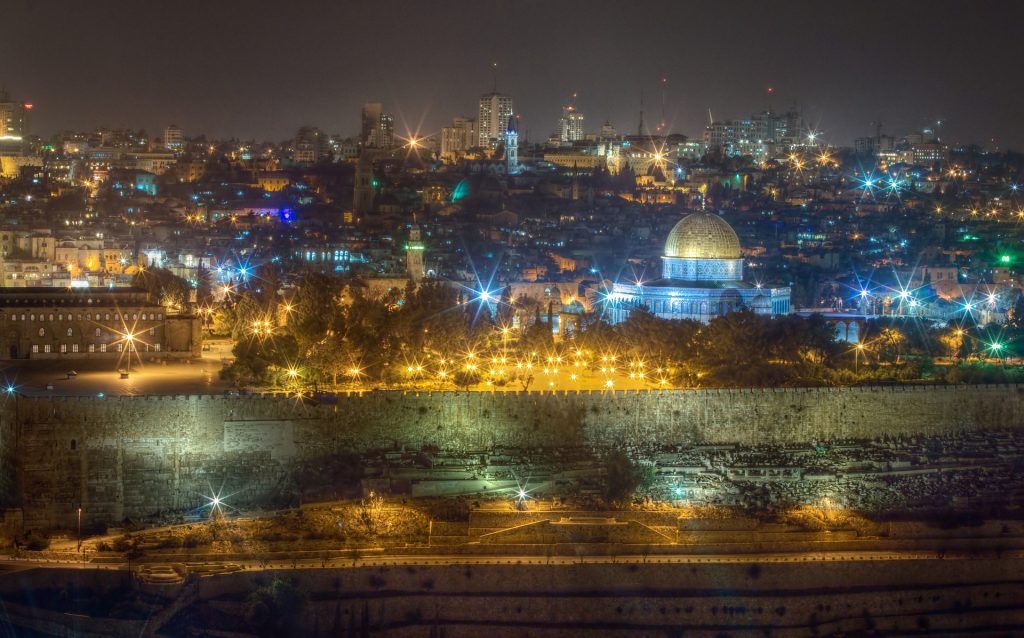 The requirement of a Red Heifer is probably the most enigmatic biblical commandment, and one that continues to capture the imaginations of Jews and Christians alike. The preparation and purpose of the Red Heifer as described in Numbers 19 indicates that the entire Temple service depends on the presence of water mixed with Red Heifer ash, the one and only means of purifying one who has come in contact with a corpse. Since ascending the Temple Mount required purity, and it is assumed that everybody has either knowingly or unknowingly been made impure by coming in contact with death, no one can enter the Temple court until a Red Heifer is found and properly prepared. It is for this reason that to this day, Jews are religiously forbidden from entering the area that was once the inner court of the Temple. Religious Jews who do ascend the Temple Mount first immerse themselves in a ritual bath, but that’s only good enough to get them into what was the outer courts, not to be confused with the Temple itself. This is the reason why until today Jews are not allowed to enter the Temple parameters. Those who do ascend, immerse themselves first in ritual bath, that only allows entering the Mount, that is not to be confused with the Temple itself. The short of it is that without the Red Heifer, the Temple can’t be rebuilt…(READ MORE)