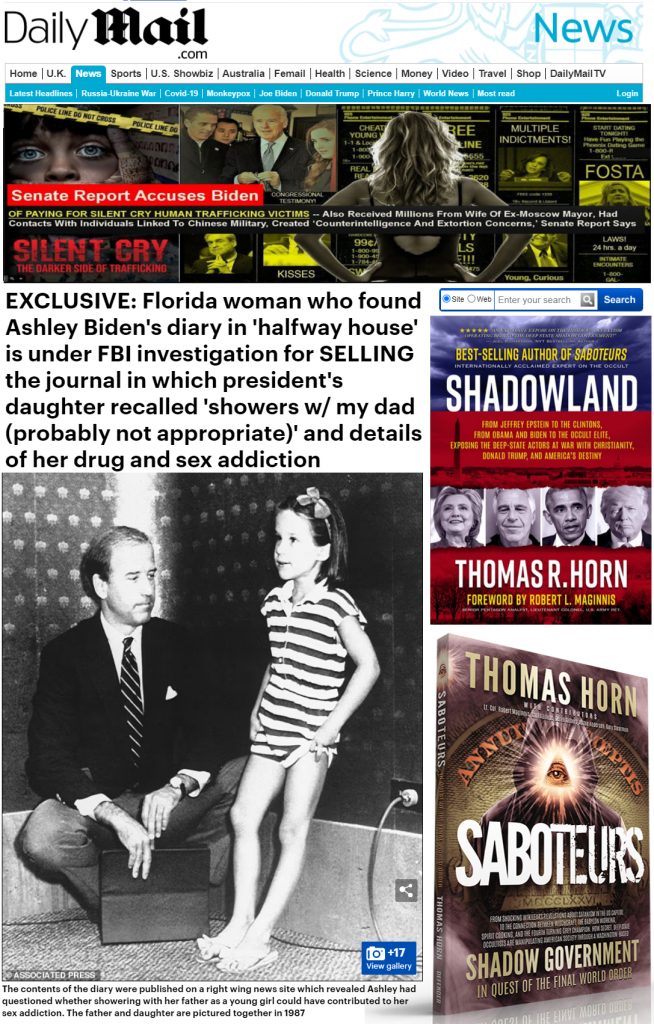 A Florida woman is under investigation by the FBI over allegations she leaked the diary belonging to Democrat Joe Biden’s daughter Ashley. Ashely Biden’s diary revealed that her father played a role in her being sexualized at a young age. Despite the bombshell nature of the story, the big news for the mainstream media is that it might have been criminal for someone else to possess the sordid autobiographical details. In the diary, Joe Biden’s daughter wrote that “showers w/ my dad (probably not appropriate)” might have played a role in her sex addiction as an adult. She also blames her father for her being “hyper-sexualized [at] a young age” which allegedly involved another family member as a child, according to the Daily Mail. A Florida woman named Aimee Harris is under investigation for allegedly selling Biden’s diary to Project Veritas for $40,000 in 2020, a source close to the investigation told the Daily Mail… (READ MORE)