Witches, Warlocks And The Supreme Court 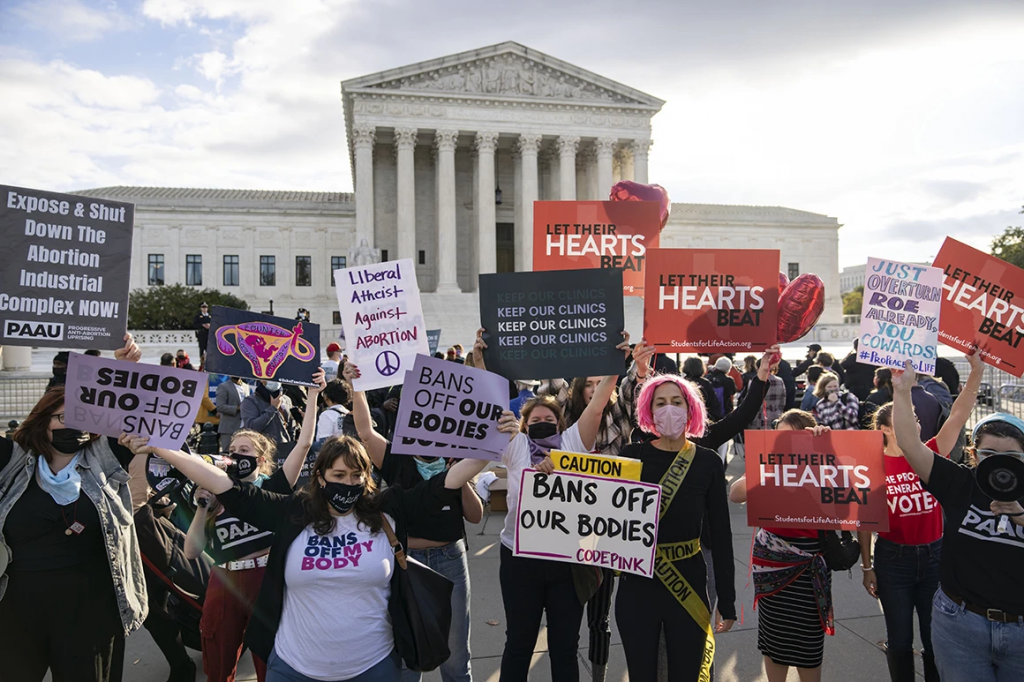 A small podium and two loudspeakers had been set up to allow the prayer vigil attendees to speak and play worship songs. But as prayer began, our staff and the intercessors were surrounded by darkness. Black-robed men and women began arriving on the scene, screaming obscenities over the prayers. Screams of “[expletive] your God and your religion” began to fill the air. As the prayer team’s worship music continued, a pro-abortion demonstrator brought a wagon carrying a large boom box blaring satanic “music” and noise. Its volume increased to drown out the songs of praise. Nonetheless, the intercessors continued to pray. Peggy, one of our staff members who was in attendance, says “the longer we prayed, the more anxious and agitated the satanists became.” The evil surrounding the intercessors did NOT want the Word of God proclaimed! Women dressed like prostitutes began to arrive, leaving little of their exposed bodies to the imagination. They gleefully joined the melee the witches and warlocks had begun… (READ MORE)