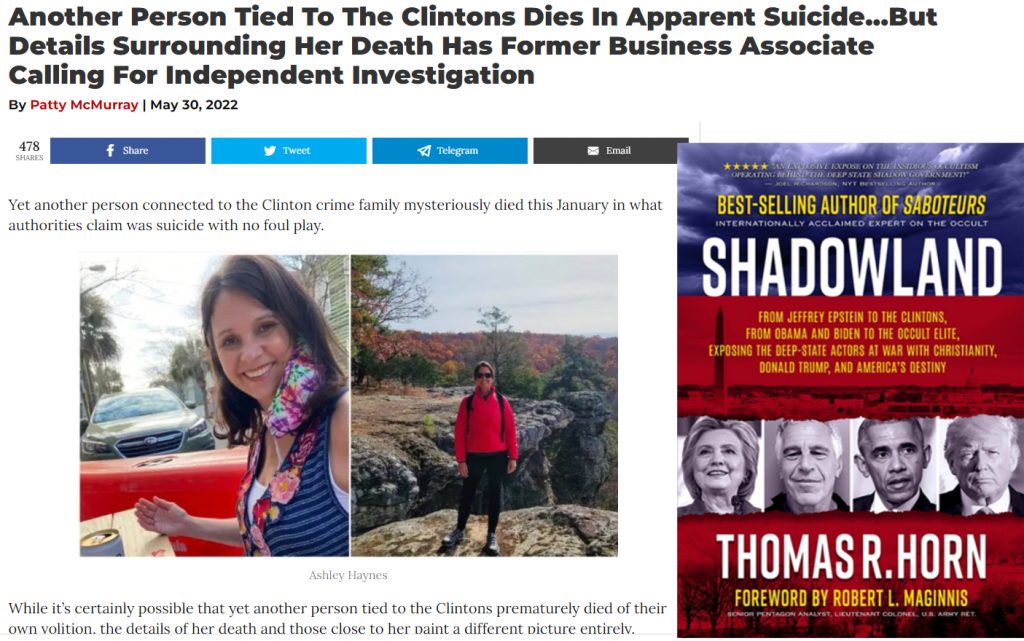 While it’s certainly possible that yet another person tied to the Clintons prematurely died of their own volition, the details of her death and those close to her paint a different picture entirely. Radar Online Reports-“A second bizarre death has been linked to the mysterious Arkansas suicide of the former presidential advisor who introduced President Bill Clinton to billionaire perv Jeffrey Epstein – and Radar has the shocking details of the rapidly growing body count. According to Radar Online, Ashley Haynes, 47, was found drowned in the Arkansas River with an extension cord knotted to her ankle and attached to a concrete block –just months before businessman Mark Middleton’s body was discovered hanging from a tree with the same style electrical cord wrapped around his neck and a close-range shotgun blast through his chest…(READ MORE)