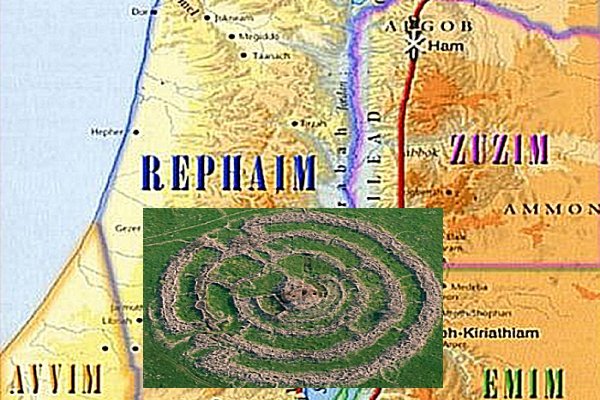 A stone circle is a monument of standing stones arranged in a circle. The size and number of the stones vary, and the shape can be an ellipse or half circle. Some are more complex, with double- and triple-ring designs, often classed separately as concentric stone circles. Stone circles were constructed across the British Isles from 3300 to 900 BC, with more than a thousand surviving examples, including Avebury, the Ring of Brodgar, and Stonehenge. The oldest is probably the Standing Stones of Stenness, a megalithic stone circle on the mainland of Scotland. It was associated with pagan ceremonies and believed to have magical power.[i] Based on radiocarbon dating, it is thought the site was in use as early as 3386 BC.[ii] Many of these are associated with burial grounds and are thought to serve some funerary purpose. Others were built for obscure religious reasons and likely served a ritual purpose. Even now, American tax dollars are being used to accommodate such pagan portals. The United States Air Force Academy in Colorado recently spent more than $77,000 to build a modern replica to accommodate their pagan cadets.[iii]

Before the Israelites possessed the Holy Land, stone circles were similarly erected, but there are only two known. One was found underwater at Atlit Yam and another, Gilgal Refaim, was found nearby in the Golan Heights and will be examined thoroughly in this series. The former is a submerged ancient city where archaeologists discovered a semicircle monument dated to 6000 BC, containing seven 1,320-pound megalithic stones.[iv] It has the earmarks of an antediluvian civilization associated with the Nephilim. The latter is associated with the biblical figure Og of Bashan and could be a real Nephilim stargate. 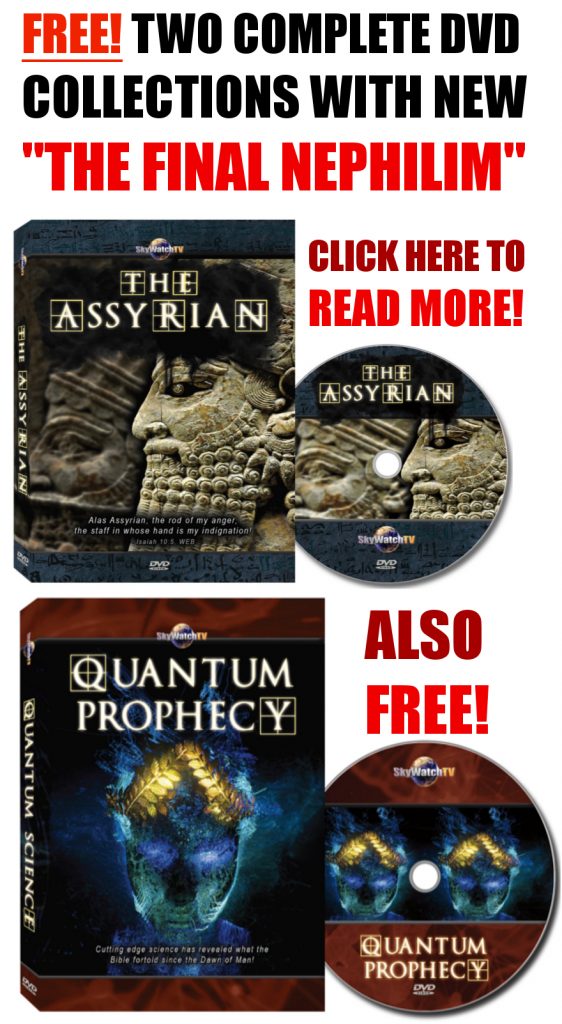 Bashan, the land of Rephaim, contains hundreds of megalithic stone tombs called “dolmen” or “portal tombs” dating from the fifth to third millennium BC. In the western part of the Bashan plain of the Golan Heights lie the cobbled stone ruins of a most unusual megalith called Gilgal Rephaim, which, in Modern Hebrew, is translated as “Wheel of Spirits” or “Wheel of Ghosts.” It reflects an interesting development in the meaning of “Rephaim.” In the prophetic books, the term is thought to denote spirits, as it means in Modern Hebrew. But in the writings of Moses, it always meant a race of giants. The early Israelites identified it as “the work of giants (Refa’im, also Anakim, Emim, Zuzim).”[v] More on this semantic development later on, but, for now it seems sufficient to say that, in its ancient context, “Circle of the Giants” is a better translation of Gilgal Rephaim. Additionally, if one allows Heiser’s view that Nephilim is an Aramaic loan-word for “giants,”[vi] then “Circle of the Nephilim” is also reasonable.

Known as the “Stonehenge of the Levant,” legends connect the megalithic ruin to Og of Bashan, the last Nephilim king routed by Moses. Although there has been vigorous debate as to how giants repopulated after the Flood, Jewish tradition holds that Moses allowed a seemingly repentant Og on the ark.[vii] We believe a second incursion of promiscuous Watchers “and also after that, when the sons of God came in unto the daughters of men” (Genesis 6:4, emphasis added) better explains why the Bible describes Og as “the remnant of the Rephaim” (Deuteronomy 3:11). As a spiritual and genetic “seed of the serpent” occupying the Holy Land, new evidence reveals that Og had inherited the land from an ancient line of aristocratic Nephilim in Bashan.

Oriented so that Mount Hermon aligns due north, some forty-two thousand massive basalt rocks are arranged in four concentric circles—the outermost 520 feet in diameter—and boasting a fifteen-foot high tumulus portal at its center, Gilgal Rephaim is one of the earliest megalithic monuments in the Levant. Nevertheless, it has always been somewhat of a mystery and is not even mentioned in many biblical archaeology texts. Based on field work in 2010 by Michael Freikman at the Hebrew University,[viii] we suggest it is one of the earliest examples of a necromantic portal, a stone circle design of the Nephilim variety.

Called a portal tomb, portal grave, or quoit, a dolmen is a type of single-chamber megalithic tomb usually consisting of two or more upright stones supporting a large, flat, horizontal capstone (e.g., Stonehenge). The fifteen-foot-high tumulus at the center of the Wheel of the Giants is centered on a dolmen. In the past, archaeologists believed the centerpiece was a later addition, but new work by Yosef Garfinkel and Michael Freikman of the Hebrew University discovered more ancient layers beneath those identified by previous archaeologists, as well as a new artifact supporting an earlier origin by an unknown people—we believe the Nephilim.

Archaeologists seem mystified by the Gilgal Refaim. It is noteworthy that there is nothing similar in the area, especially from its era. The indigenous people of the time did not build stone circles or megaliths, but the Bible records this was the region inhabited by giants. Moses located the “Rephaim in Ashteroth-karnaim” (Genesis 14:5) and associated it to “Og the king of Bashan, who dwelt at Ashtaroth” (Deuteronomy 1:4). As one might expect, within ten miles of Gilgal Rephaim was the ancient Canaanite city called Ashtheroth.

Israeli journalist Barry Chamish attributed the site to the giants and the immortals from whom they descended. Chamish interviewed Rabbi Yisrael Herczeg, who confirmed “the possibility that giant heavenly beings or their descendants could have constructed the circles.”[ix] When asked if he meant aliens, Rabbi Herczeg replied, “No, more like fallen angels. Og had children with Noah’s daughters and they were hybrid giants called the Anakim or Refaim. They existed in ancient times and the Bible records their presence in the Golan Heights. They could have built Gilgal Refaim.”[x] He is correct, as previously demonstrated their presence in the area is supported by many passages.

Until recently, archaeologists insisted that the center structure of Gilgal Rephaim was an afterthought built two thousand years after the stone circles. It turns out that the whole site is older than originally thought based on the discovery of a pin from the Chalcolithic period (4500–3500 BC). Freikman argues that the entire structure (formerly Early Bronze) should be antedated a thousand years to the Chalcolithic, and, more interestingly, that the tumulus was the original centerpiece of the entire construction and the purpose of the wheel as rather than a late bronze afterthought.[xi]

Geometry and astronomy are visually connected in the site’s design, revealing that it was built, at least in part, as an astronomical observatory. Useful for sacred and agrarian purposes, it was laid out as an observatory and stellar calendar capable of calculating solstices and equinoxes by conspicuous alignments.[xii] Because the stars move according to the laws of celestial mechanics, astronomy software allows for precise historical research.

The stone circle’s alignments support dating the “Circle of the Nephilim” to around 3000 BC when, according to calculations by Yoni Mizrachi, who wrote his doctoral dissertation at Harvard about the site, “the first rays of the sun on the longest day of the year shone through the opening in the northwestern gate…then passed through openings in the inner walls to the geometric center of the complex.”[xiii] These alignments suggest that the ancient giant clans knew something about the periphery of the cosmos and placed a high value on tracking the stars.

Given the megalith’s location, extreme antiquity, and Rephaim-giant association, local tradition identifying it as Og’s tomb seems quiet plausible. Og’s gargantuan carcass is conspicuously absent, but the site was likely looted by successive grave robbers over the centuries. It is safe to say that Og’s remains (or merely authentic giant bones) would be priceless museum pieces, but one shudders to imagine the dark utility such rarified relics might attain in the capable hands of a studied dark magus. It hardly seems surprising that, at least as far as the public is told, the dolmen chamber was found empty.

Interestingly, Og achieved status in the afterlife as an underworld enforcer. A reference to Og appears in a Phoenician funerary inscription implying that if one disturbs the bones within, “the mighty Og will avenge me.”[xiv] Apparently, Og’s name still carried enough clout for ghoul deterrence many centuries after being dispatched to the afterlife by Moses (Deuteronomy 1:4). Considering the Jewish belief that giants like Og are not eligible for the eschatological resurrection of the dead, the references to Og’s afterlife activity are what one might expect—that is, if the tradition preserved in the Book of the Watchers is correct.

Taken at face value, Og’s burial at Gilgal Rephaim, alongside his afterlife reputation, suggests that the Circle of the Nephilim served as a portal—a site where the evil spirits of Nephilim kings could be summoned. While this idea goes beyond the archaeological evidence, the Hebrew term “Rephaim” offers support. The semantic progression of “Rephaim” from denoting a tribe of giantsto meaning ghosts in the underworld suggests an actual change in the entities the term represents. While Moses wrote of giants, by Isaiah’s time the meaning had changed.

Hell from beneath is moved for thee to meet thee at thy coming: It stirreth up the dead for thee, even all the chief ones of the earth; It hath raised up from their thrones all the kings of the nations. (Isaiah 14:9, emphasis added)

Where the King James reads “the dead,” the Hebrew term is rapha, also translated as “shades, ghosts, dead, departed spirits, spirits of the dead.”[xv] It seems plausible that the semantic range widened as the status of the Rephaim giants crossed over to the underworld. In other words, the definition reflects the actual situation as Og was the last physical specimen in that line. From this, we speculate that the Wheel of the Giants served as a necromantic portal for the deceased Nephilim kings of Bashan, of whom Og was the last of their kind. “For only Og king of Bashan remained of the remnant of giants” (Deuteronomy 3:11a).

Gilgal Rephaim’s design as a megalithic stone circle seems suitable for necromantic magic. According to the Encyclopedia of Occultism and Parapsychology, a “magic circle” drawn on the ground is essential to successful necromancy.[xvi] The circle serves to protect the necromancer as he invokes the underworld spirit. Typically, the dark mage collects personal items and employs a portrait of the deceased being summoned. However, in this case, the very center of the megalithic circle contains the dolmen laid corpse, making the portal all the more powerful. The most powerful forms of necromancy use the actual body, as Francis Barrett explained:

Necromancy has its name because it works on the bodies of the dead, and gives answers by the ghosts and apparitions of the dead, and subterraneous spirits, alluring them into the carcasses of the dead by certain hellish charms, and infernal invocations, and by deadly sacrifices and wicked oblations.[xvii]

The Bible confirms the existence of underworld gates, as death has a gate. “Have the gates of death been opened unto thee? Or hast thou seen the doors of the shadow of death?”(Job 38:17). As detailed in The Supernatural Worldview, the witch of Endor successfully brought up the spirit of Samuel through the use of a ritual pit and familiar spirit (1 Samuel 28:8–20). The portal to the abyss that opens at the fifth-trumpet judgment has already been discussed (Revelation 9:2).

UP NEXT: Traversable Portals and Gateways in the Bible 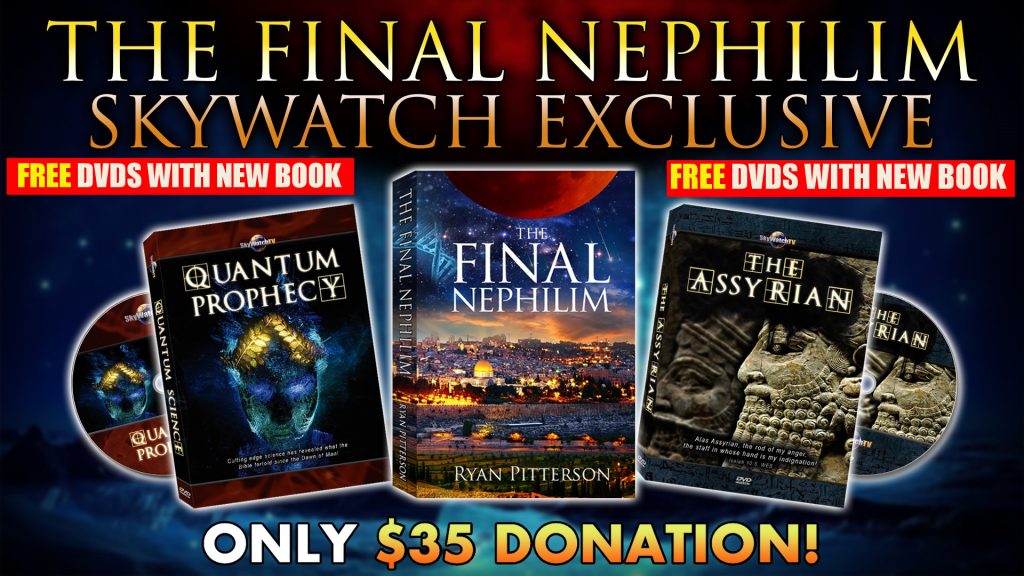 [ii] They were built between 5,400 and 4,500 years ago;  http://www.historic-scotland.gov.uk/propertyresults/propertydetail.htm?PropID=PL_280.

[viii] “Solving the Mystery of a Megalithic Monument in the Land of Giants,” http://popular-archaeology.com/issue/september-2011/article/solving-the-mystery-of-a-megalithic-monument-in-the-land-of-giants.

[xi]“Solving the Mystery of a Megalithic Monument in the Land of Giants,” Popular Archaeology, http://popular-archaeology.com/issue/september-2011/article/solving-the-mystery-of-a-megalithic-monument-in-the-land-of-giants (accessed January 1, 2015).

[xii]David Rapp, “In the Wildcat’s Pile of Stones: Rujm al-Hiri in the Golan Heights is not a burial ground around which a monumental site was erected, but rather a monumental site in which there is a burial ground,” Haaretz, May 2, 2003, http://www.haaretz.com/life/arts-leisure/in-the-wildcat-s-pile-of-stones-1.11251 (accessed September 29, 2014 and February 19, 2015). 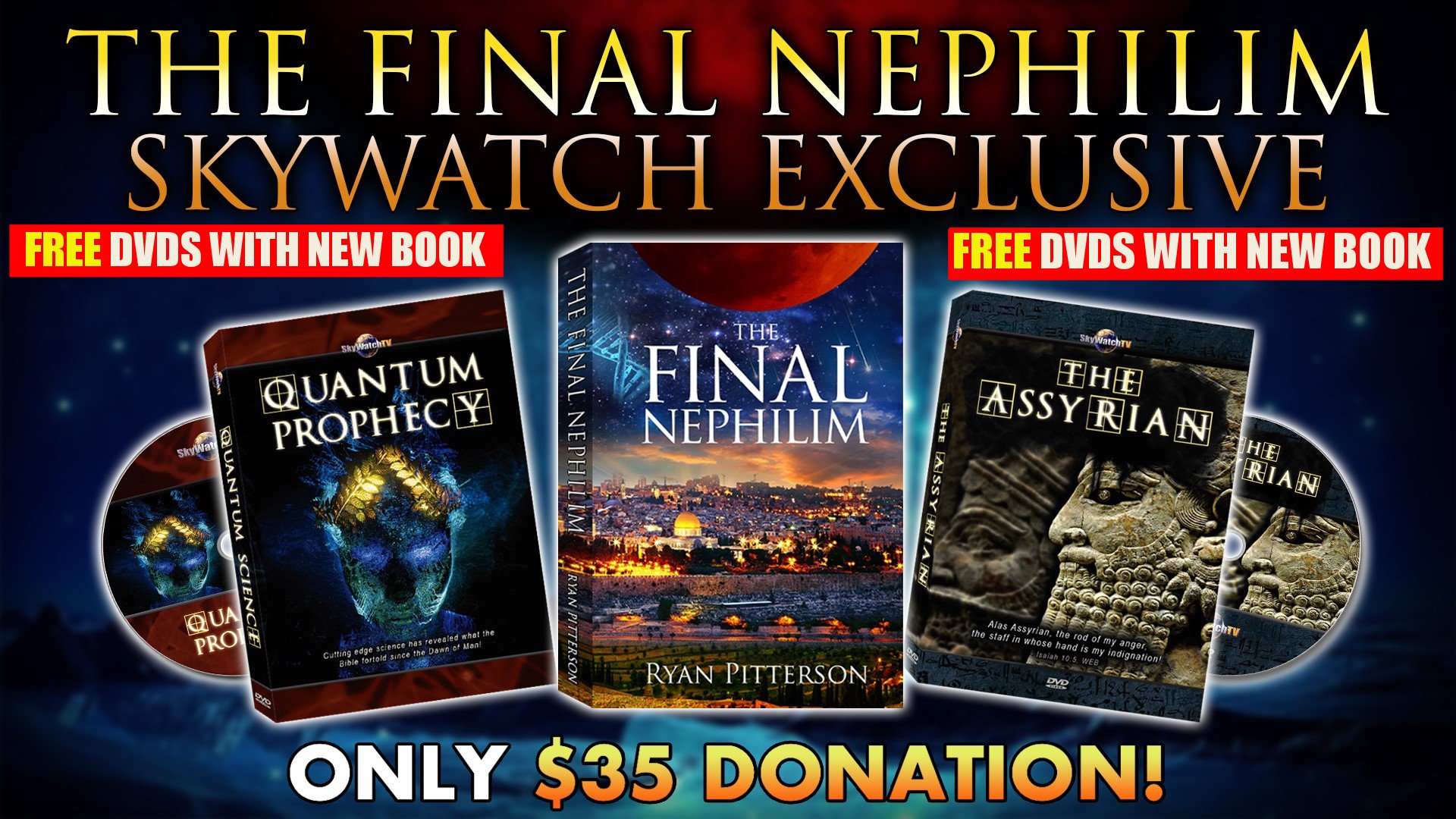