MYSTERY OF RAGNAROK AND THE SECOND COMING (PART 26): Francis, Consolmagno, Alien Saviors… and a Demonic Plot 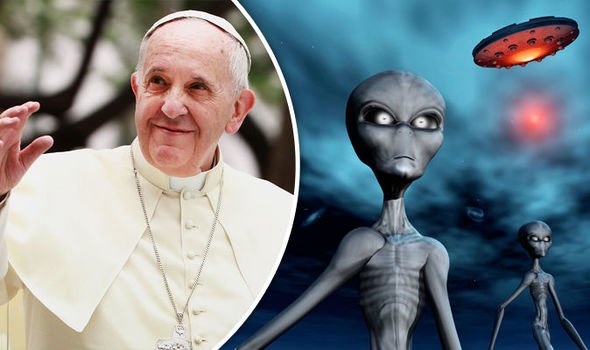 If ET life is something Vatican officials have privately considered for some time, why speak of it so openly now, in what some perceive as a careful, doctrinal unveiling over the last few years? Even Pope Francis has weighed in on Aliens, saying they would be our brothers and he would baptize them. Is this a deliberate effort by church officials to “warm up” the laity to ET disclosure? Are official church publications on the subject an attempt to soften the blow before disclosure arrives, in order to help the faithful retain their orthodoxy in light of unprecedented forthcoming knowledge?

Guy Consolmagno sometime back was interviewed the the Sunday Herald and in that article pointed out how his job included reconciling “the wildest reaches of science fiction with the flint-eyed dogma of the Holy See” and that his latest mental meander was about “the Jesus Seed,” described as “a brain-warping theory which speculates that, perhaps, every planet that harbours intelligent, self-aware life may also have had a Christ walk across its methane seas, just as Jesus did here on Earth in Galilee. This sounds like a sanctified version of panspermia—the idea that life on Earth was “seeded” by something a long time ago, such as an asteroid impact—but in this case, “the seed” was divinely appointed and reconciled to Christ.

The curious connection between the Vatican’s spokespersons and the question of extraterrestrials and salvation was further hinted at in the May 2008 L’Osservatore Romano interview with Father Funes in an article titled “The Extraterrestrial Is My Brother.” In the English translation of the Italian feature, Funes responds to the question of whether extraterrestrials would need to be redeemed, which he believes should not be assumed. “God was made man in Jesus to save us,” he says. “If other intelligent beings exist, it is not said that they would have need of redemption. They could remain in full friendship with their Creator.”[i] 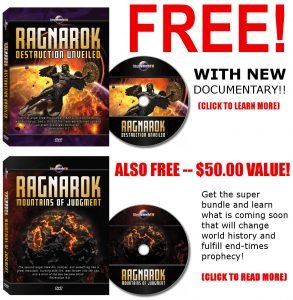 But this disturbing rabbit hole goes much deeper: In a paper for the Interdisciplinary Encyclopedia of Religion and Science website, Father Giuseppe Tanzella-Nitti—an Opus Dei theologian of the Pontifical University of the Holy Cross in Rome—explains just how we could actually be evangelized during contact with “spiritual aliens,” as every believer in God would, he argues, greet an extraterrestrial civilization as an extraordinary experience and would be inclined to respect the alien and recognize the common origin of our different species as being from the same Creator. According to Giuseppe, this contact by nonterrestrial intelligence would then offer new possibilities “of better understanding the relationship between God and the whole of creation.”[iii] Giuseppe states this would not immediately oblige the Christian “to renounce his own faith in God simply on the basis of the reception of new, unexpected information of a religious character from extraterrestrial civilizations,”[iv] but that such a renunciation could come soon after as the new “religious content” originating from outside the Earth is confirmed as reasonable and credible. “Once the trustworthiness of the information has been verified,” the believer would have to “reconcile such new information with the truth that he or she already knows and believes on the basis of the revelation of the One and Triune God, conducting a re-reading [of the Gospel] inclusive of the new data.”[v] How this “more complete” ET gospel might deemphasize or significantly modify our understanding of salvation through Jesus Christ is also discussed by former Vatican observatory vice director, Christopher Corbally, in his article, “What if There Were Other Inhabited Worlds?” in which he concluded that Jesus simply might not remain the only Word of salvation: “I would try to explore the alien by letting ‘it’ be what it is, without rushing for a classification category, not even presuming two genders,” Corbally said, before dropping this bombshell:

While Christ is the First and the Last Word (the Alpha and the Omega) spoken to humanity, he is not necessarily the only word spoke to the universe… For, the Word spoken to us does not seem to exclude an equivalent “Word” spoken to aliens. They, too, could have had their “Logos-event”. Whatever that event might have been, it does not have to be a repeated death-and-resurrection, if we allow God more imagination than some religious thinkers seem to have had. For God, as omnipotent, is not restricted to one form of language, the human.[vi]

So folks, that high-ranking spokespersons for the Vatican have in recent years increasingly offered such language acknowledging the likelihood of extraterrestrial intelligence and the dramatic role ET’s introduction to human civilization could play in regard to altering established creeds about anthropology, philosophy, religion, and redemption may become more future-consequential than most are prepared for.

And then there is that LUCIFER device at Mt. Graham, which is curiously described on the Vatican Observatory website as “NASA AND THE VATICAN’S INFRARED TELESCOPE CALLED [LUCIFER]—A German built, NASA and The Vatican owned and funded Infrared Telescope…for looking at NIBIRU/NEMESIS.”[vii] Why has the Vatican Observatory website allowed this caption to remain last I checked? Nibiru and Nemesis are hypothetical planets that supposedly return in orbit close to the Earth after very long periods of time. They have been connected in modern myth with “Planet X” and most darkly with the destruction of planets that some believe occurred during a great war between God and Lucifer when the powerful angel was cast out of heaven. Are Rome and other world powers using the LUCIFER device to observe something the rest of us cannot see—something they believe represents this ancient war (or worse, keeping an eye on approaching end-times angelic transportation devices/UFOs—something Father Malachi Martin hinted at)? The latter theory is interesting in light of the demonic name of the infrared device. Infrared telescopes can detect objects too cool or far away and faint to be observed in visible light, such as distant planets, some nebulae, and brown dwarf stars. Additionally, infrared radiation has longer wavelengths than visible light, which means it can pass through astronomical gas and dust without being scattered. Objects and areas obscured from view in the visible spectrum, including the center of the Milky Way, can thus be observed by LUCIFER’s infrared technology.[viii] And another thing that UFO researchers have fascinated about for some time now and that was explained to me and my team while we were at Mt. Graham is how infrared technology can also be used to spot and track unidentified flying objects that cannot be seen with other telescopes or the naked eye. In fact, some of the most astonishing UFOs ever caught on film have been recorded with infrared.

But to my bigger question… why the Vatican has taken this carefully designed and deliberate course over the last few years is the greater mystery and could imply knowledge on their part of facts yet hidden to most of the world that may hold far-reaching and historic implications. It also illustrates how Rome has wittingly or unwittingly set itself up to become the agent of mass end-times deception regarding “salvation from above.” That’s because, historically, there exists a clear pattern wherein man’s psychological need of a savior is displayed during times of distress—a time like today—when people may look skyward for divine intervention. As Ted Peters, professor of systematic theology at Pacific Lutheran Theological Seminary, wrote, “With the constant threat of destruction in the post-World War II era leaving our planet in a state of insecurity and anxiety, it is no wonder many have begun to hope for a messiah to save us. The holiness of the sky and the need for a salvation converge and blend when the bright clean powerful UFO zooms up onto the horizon. Could it be our celestial savior?”[ix] Jesuit Brother Guy Consolmagno must think so, as he assured us that if highly advanced ET saviors from outer space touch down on planet Earth soon, it will not mean what Catholics believe is wrong, but rather, “We’re going to find out that everything is truer in ways we couldn’t even yet have imagined.”[x]

In truth, Consolmagno’s advice for the religious faithful could be leading mankind into a gigantic setup, as many religions have at least one apocalyptic myth describing the end of the world accompanied by a redeemer who appears in the sky at the last minute to rescue the chosen from annihilation or wrath. Mayans, Assyrians, Egyptians, and Greeks held similar beliefs, while the Hopi Indians foresee times of great hardship when they will be preserved by the “power” of a blue star, far off and invisible, that suddenly makes its appearance in the heavens. Today, even factions of the New Age look for a techno-savior to arrive in the atmosphere in the nick of time to save mankind. Although Jesus, Himself, is prophesied to appear in the clouds during an era of great earthly trials (1 Thessalonians 4:16–18), predominant among prophecy scholars is the idea that coupled with any heavenly appearing and concurrent salvation of believers from chaos will first be the materialization of a false Christ or “man of sin.” Where Hopi see a blue star and Vatican astronomers see their “space brothers” en route to guide us into the light, evangelical Christians understand the Antichrist will initially assume the role of a fabricated end-times messiah who mimics the return of Christ with a false second coming that also happens to be attended by heavenly “signs and lying wonders” (2 Thessalonians 2:8–9). Could these deceptive “wonders” be: 1) the discovery of artificial structures on another world; 2) a “contact” scenario, or; 3) maybe even something more dramatic, like a flying saucer armada piloted by creatures who appear to be advanced humanoids but who are in fact evil supernaturalism on a quest to mislead and destroy the human race? Even secular ufologists suspect demonic activity in the interaction between humans and “aliens.” Whitley Streiber, author of Communion and other books on the subject, once wrote: “There are worse things than death, I suspected. And I was beginning to get the distinct impression that one of them had taken an interest in me. So far the word demon had never been spoken among the scientists and doctors who were working with me. And why should it have been? We were beyond such things. We were a group of atheists and agnostics, far too sophisticated to be concerned with such archaic ideas as demons and angels”.[xi]

UP NEXT: Alien Saviors, Demonic Plots

[i] Father Josè Funes, “The Extraterrestrial is My Brother,” L’Osservatore Romano, May 14, 2008 (English translation of article viewable here: http://padrefunes.blogspot.com/).

[ii] As quoted by article: Brother Guy Consolmagno, “Would You Baptize an Extraterrestrial?: A Jesuit Priest Says the Discovery of Life Elsewhere in the Universe Would Pose No Problem for Religion,” Beliefnet, last accessed December 4, 2012, http://www.beliefnet.com/News/Science-Religion/2000/08/Would-You-Baptize-An-Extraterrestrial.aspx?p=2. 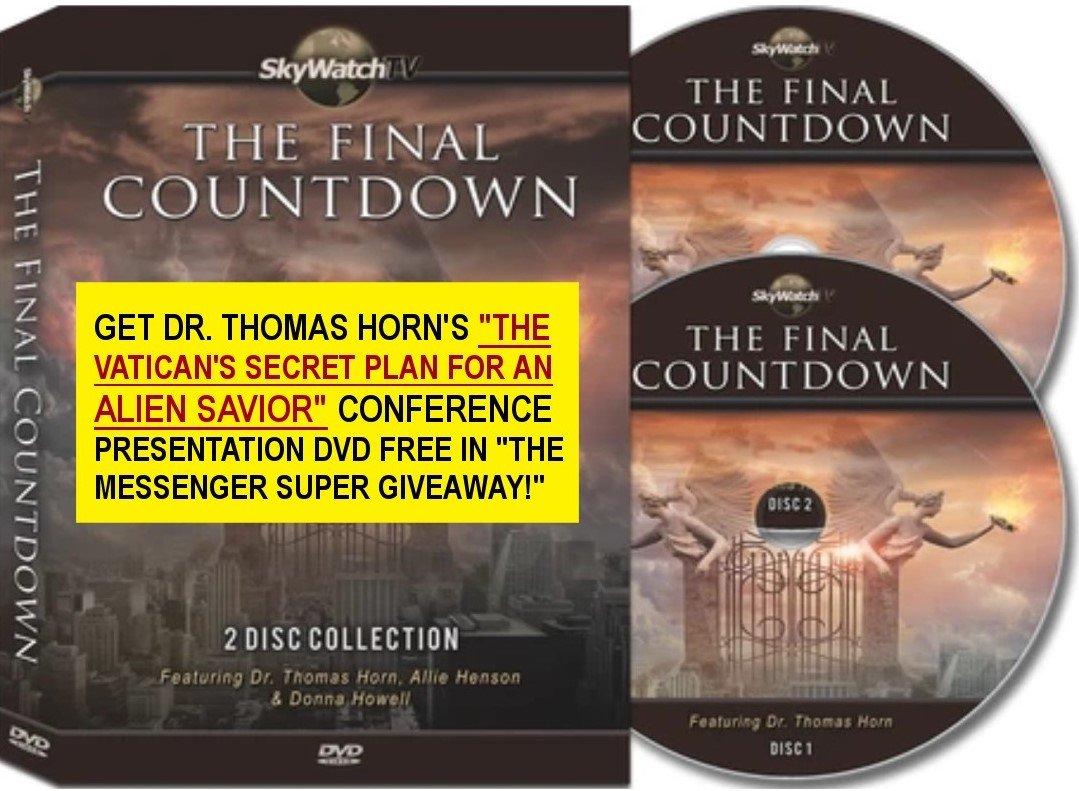