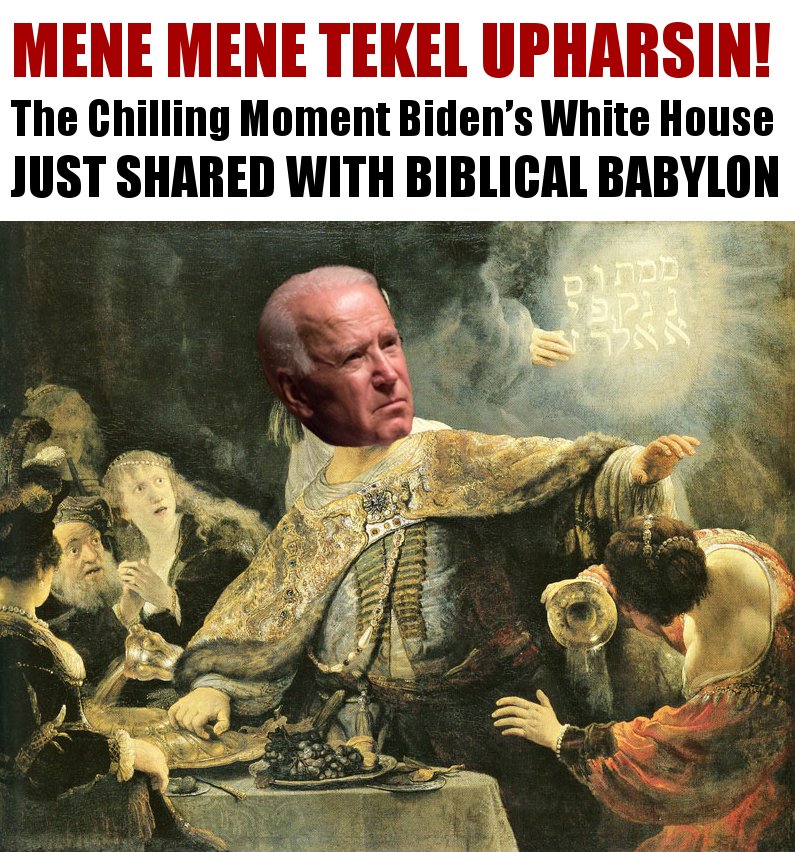 Imagine having a house-warming party while the house is on fire. (CNN would call it, “a fiery, but mostly fun party.”) Or, a team dumping a cooler of Gatorade on their coach after losing by 28 points. President Biden’s bazaar party on the White House lawn last Tuesday, to celebrate the signing of the “Inflation Reduction Act,” was just about that ridiculous. It was held literally on the same day that new inflation data came out showing an 8.3% inflation rate and the Dow plunging more than 1200 points—the worst since June 2020. There were about 1,000 party activists, business executives, union leaders and lawmakers in attendance. In Daniel 5, we read the story of King Belshazzar throwing a party for “1,000 of his nobles in Babylon.” They drank from the sacred vessels taken from the temple in Jerusalem and praised their idols (verses 2-4). Then, in the middle of the party, a hand appeared and began writing on the plaster wall. Daniel interpreted the writing to mean that God had numbered the days of his reign, that he had been weighed on the balances and had not measured up and that his kingdom would be handed over to another (verses 26-28). That was fulfilled that very night. According to Herodotus, an ancient Greek historian and geographer, there was a moat protecting Babylon utilizing the Euphrates River. But the Medes apparently diverted the water of the Euphrates, allowing them to wade in shallow water right into the city. To divert the waters of the mighty Euphrates likely took some time to accomplish. And one would think the water level of the moat would go down gradually. But Belshazzar and his cohorts were too busy patting each other on the back to even notice. The celebration at the White House reflects what happened with Babylon… (READ MORE)