MAKE WAY FOR THE KINGS OF THE EAST: China Has Installed Huawei Equipment Atop Cell Towers On Purchased Farm Land Near US Military Bases Capable Of Disrupting And Capturing Signals 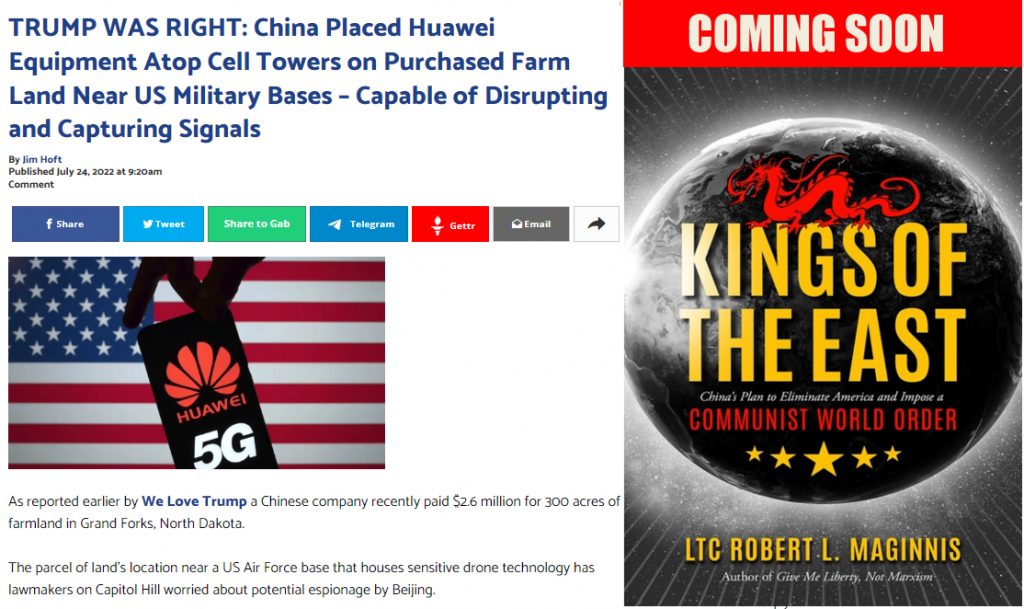 As reported earlier by We Love Trump a Chinese company recently paid $2.6 million for 300 acres of farmland in Grand Forks, North Dakota. The parcel of land’s location near a US Air Force base that houses sensitive drone technology has lawmakers on Capitol Hill worried about potential espionage by Beijing. The Chinese firm Fufeng Group also recently purchased 300 acres of farmland in North Dakota just down the road from a US Air Force base that houses sensitive drone technology near Grand Forks. The farmland is just a 20-minute drive to the Grand Forks Air Force Base. Then the Fufeng Group purchased a corn mill near Grand Forks. Local citizens are rightly concerned with this new project in their backyard. And what is more disturbing is the FBI and local police visited a top opponent to the corn mill project and threatened her for speaking out about the local purchases by the Chinese Communist regime. President Trump warned about Huawei years ago… (READ MORE)