THIS HOLIDAY SEASON, WE’RE ALL FROM THE ISLAND OF MISFIT TOYS: PART 1 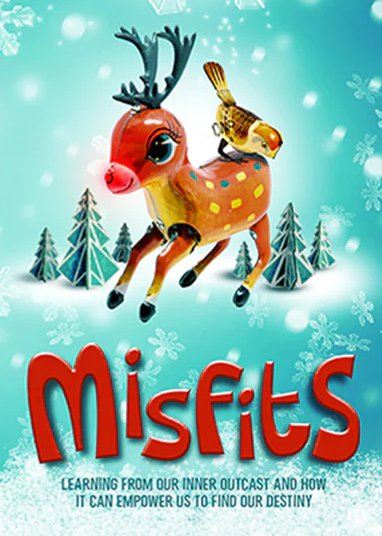 For children, few things can compare to the magic of the holidays. The scent of baking cookies, the sound of wrapping paper rustling, the brush of chilly, wintery air on one’s face, or the sound of a crackling fire below a row of hanging stockings are all elements which may come to mind when one mentions Christmas. Of course, for those of us who have taken Jesus as our personal Lord and Savior, there is a deeper element to Christmas—that which celebrates the greatest gift that mankind has ever been given—the gift of salvation.

It would seem that regardless of how the world changes throughout the rest of the year, the timeless essence of this holiday remains pristine and unscathed by the goings-on of the world. The precious elements of this cherished day remain memorialized in our thoughts forever—able to be quickly called back at the mere manifestation of a song, a taste, or even a scent. At just the right mental cue, it can be as though we are a youngster again, enjoying time with those who we spent these cherished days with in our early years.

And then, there are those icons that recall nearly everyone to a time of their youth: Christmas carols, classic holiday movies, cartoons, poems, and more. These, as a result of their proximity to these special days, often adopt a special place in an individual’s heart, seemingly offering the ability to carry them backward in time, allowing them the chance to revisit days long gone. For me (Donna Howell), one of the most compelling of these is the 1964 Rankin & Bass Production movie entitled Rudolph the Red-Nosed Reindeer. As a child, I watched and re-watched this movie, absorbed its fantastical scenes, and sang along with every tune the movie offered. Even now, this film has the power to take me back to childhood: to nights curled up on a blanket in our living room floor, trying not to fall asleep before the movie had ended. (This was before we owned a VCR, meaning that the one night each year this flick might be on could be—in those days—the only shot a kid had to see the movie until the following holiday season.) A child would laugh during the funny moments, sympathize with poor Rudolph, who just couldn’t fit in because of his shiny nose, gasp in fear at the emergence of the Abominable Snowman, and would stare wide-eyed at the toy-laden depiction of the North Pole.

But in addition to all of that, most kids would also consider the Island of the Misfit Toys: that place where all the oddball toys went whom had been deemed unworthy to be Christmas presents for children around the world because of a mere abnormality. One wondered why such eccentricities as a squirt gun which shoots jelly instead of water was thus doomed into isolation for the duration of his days. Or, why would a Jack in the Box toy whose name was Charlie—thus rendering him a Charlie in the Box—was on these grounds, forever banished from the merriment of childhood play? Then, of course, there were those other toys, like the Dolly for Sue, the Scooter for Jimmy, and several others who seemed to have no peculiarity whatsoever. Despite their lack of irregularity, these too, faced a fate of exile. Why?

DO YOU FEEL LIKE A MISFIT? PERFECT! GOD HAS BIG PLANS FOR YOU!

In exploration of these questions, one quickly begins to see a parallel between the fates of these fictional playthings and that of many people who live, each day, in a place of self-imposed isolation. The truth is that if each individual who was, like these toys, a misfit, were to stay sequestered from the outside world, nobody would ever leave their front door. In actuality, these authors assert that the world is made up of unique and eccentric people—those of whom only fit in when they find the courage to step out and find their place. And, the choice remains for each of us to make as to whether we will do so or remain isolated. Are we no different from these icons which occupy an island far from their peers that we will allow ourselves to live out the same fate, missing all that our lives could be, or will we find the courage to emerge and live our lives to the fullest, finding our place within the world, our communities, and even in the Body of Christ?

Each of the toys in this simple movie has the capability to teach us volumes about ourselves if we will take the time to understand what we can glean from them. Before exploring this, however, I must deviate from the topic of this iconic Christmas movie to explain how God revealed my identity in Him to me. He did so not through this film, however, but a more recent production.

A few years ago, I (Donna Howell) experienced one of the more amazing demonstrations of God’s communication in my life. The clarity of His voice has only been this clear and incredible a few times in my entire walk with Him, and this lesson from our precious Lord had His sense of humor written all over it. I laughed, cried, clapped, and wiggled around in my seat. His message to me not only came repeatedly—and in the exact same framework for delivery—just like the living Word spoken/written by the same Author, each time I listened to what He was telling me, I found there were layers I hadn’t caught before. 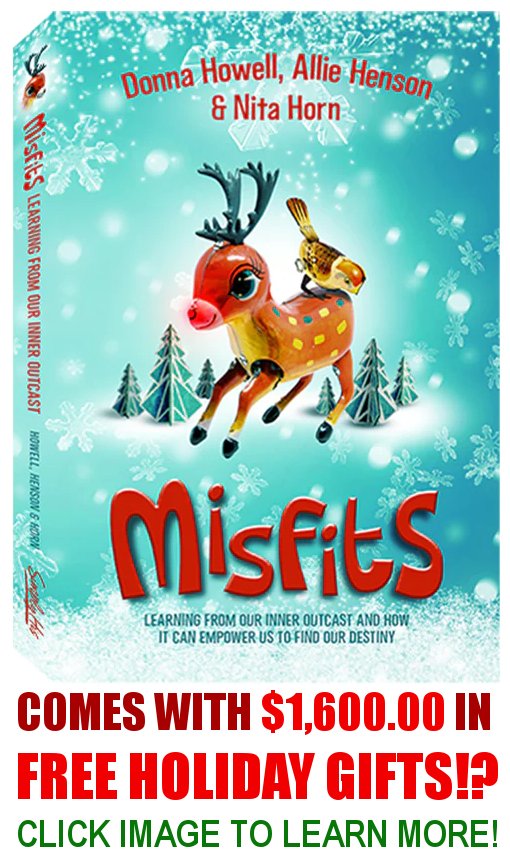 owing I needed to document what was happening at the time while my thoughts and feelings were fresh, I finally sat down at my computer one night and began typing. I worked on the piece, titled “Heroic Freaks,” clickety-clacking away at the keyboard without stopping until it was all out on paper.

I had no idea if this testimony would ever be shared with anyone, or if it would float around in my computer for years and only minister to me, myself, when I wanted to remember the season God defined me in the sweetest and most comically memorable light, but it didn’t matter. A still voice told me to put what happened down on paper, so I did…

Months later, I received a phone call from Thomas Horn, CEO of Defender Publishing and SkyWatch Television. Like oh-so-many times prior, he had another book he wanted me to consider writing: “The Island of Misfit Toys,” he said. “From Rudolph! All those toys that feel broken and useless, never being chosen by Santa to ride the sleigh to a child’s home where they can fulfil a purpose. The symbolism of the lion on the island. The ‘Charlie-in-the-box,’ the ‘squirt gun that only shoots peanut butter and jelly,’ the ‘train with square wheels.’ It’s all there! You know where I’m going with this, right?”

Of course I did. I knew from the word “misfits” where he was “going with this.”

Because it was my testimony that Tom was asking me to write. Funny thing? He didn’t know it yet. He didn’t have a clue. And as an even funnier thing? I had completely forgotten I had written that “Heroic Freaks” testimony piece. It was seriously wiped from my memory, and would remain so, until God wanted me to recall it.

ACT NOW AND GET THE FALL 2022 DEFENDER PUBLISHING CONFERENCE AT A SPECIAL PRICE!

After spending the next several months finishing up a few major writing projects I had already been obligated to, I took time to scribble out what I thought would be a draft outline for this Misfits book. I had a decent grasp on what subjects and bullet points the book would bob around on in the middle, and I felt the end would flow from that nicely, but the very beginning—the opening thought to the whole manuscript that sets the pace for all else that will be said—that eluded me entirely. Every idea I had seemed desperate, so I decided to leave it open-ended and get started by compiling a few thoughts on Pauline literature that I knew I would eventually tackle at some point.

Then, as if it had been planned from the beginning by some Source higher than myself, the beginning I couldn’t plan out fell right into my lap…literally.

My computer area at home is a pileup. I’m not gonna lie. I wish I could be like these briefcasey, high-heelsey, tight-bunned, “results on the desk by Monday” types you see on television and in movies where every pencil has its place and every paper is filed away properly, but, meh… I have my priorities (personal Bible study, kids, hubby, college degrees, career, organic dietary living for the family, full-time everything all the time), so I’m not worried about papers on my desk being in their proper place all the time. Just a day or two after I had tried to iron out the Misfits outline, I was going through some old papers, digging for something unrelated that a college professor needed from me, and as I reached to sort the heap on top of my dinosauric HP Deskjet printer, an enormous glob of napkins with scribbles spewed out at me. I caught them with my knees and, after setting everything else down, picked them up to examine them. I immediately remembered all those nights in the darkness of the movie theater, wrestling with a pen and a napkin to record my thoughts in the moment they occurred. It was from these napkins that I had eventually sat down to write the “Heroic Freaks” piece…

I was floored. There it was. The answer to the beginning of this book. That puzzling blip that the Holy Spirit nudged me to write a year prior was coming into play in a way that I couldn’t have ever arranged, and it couldn’t be more perfect. It couldn’t have been clearer that the Lord had led me to write—and then led me to forget that I wrote—a paper on one of the most amazing lessons about His voice that I would ever experience, just so I would leave it alone and find it at this precise moment.

I jumped to my Microsoft Windows “Type here to search” field and located the original reflection of that time in my life. Upon reading it, I was amazed at how many tiny details of the original story I had forgotten since then. Sure enough, it was the perfect way to start this book, and it doesn’t get more personal than this.

In the next entry I will share my own “Freak” testimony, just as I had written it in February of 2018… 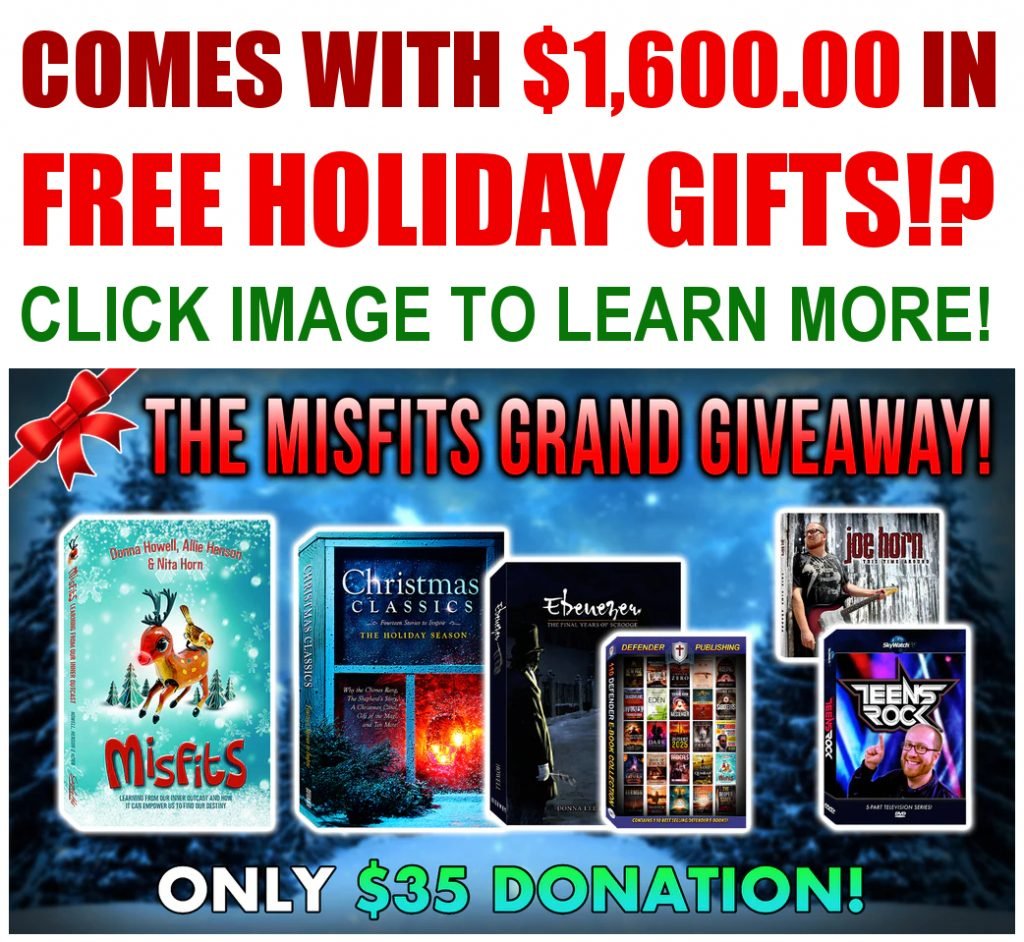 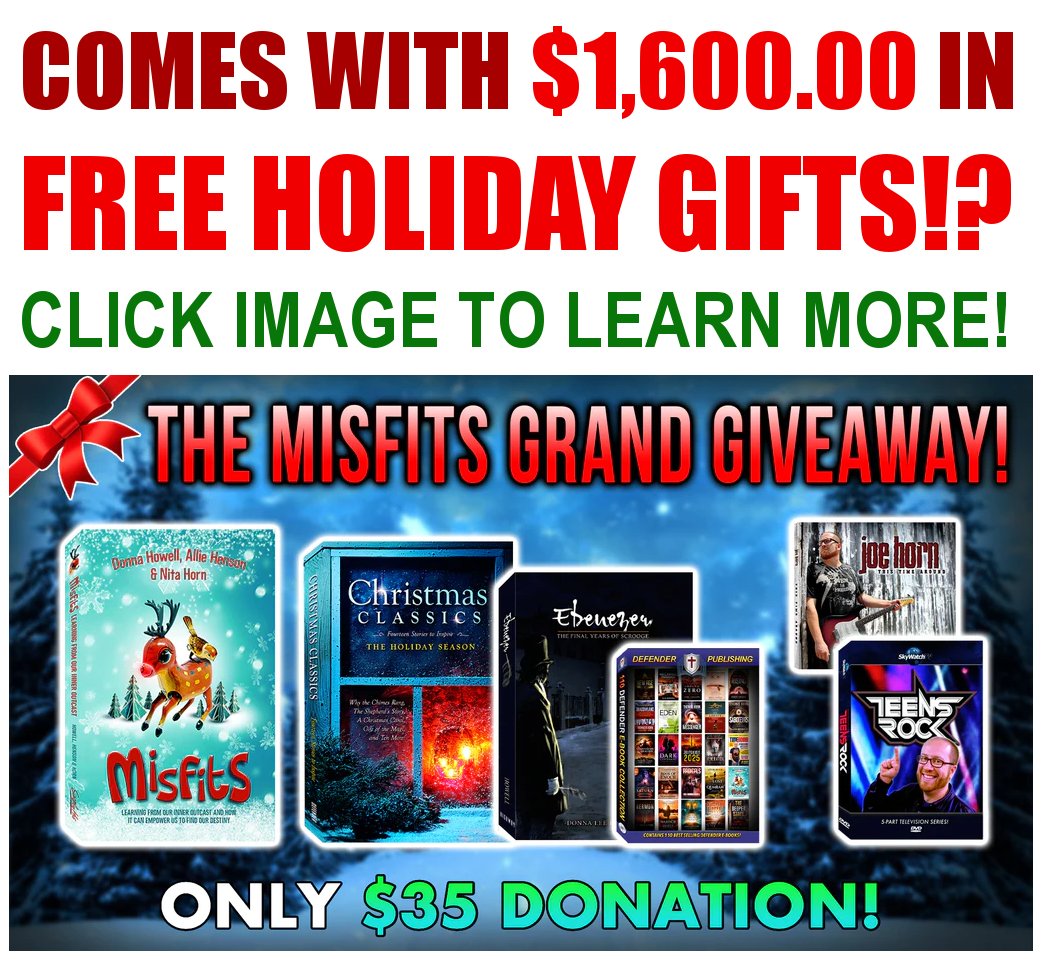