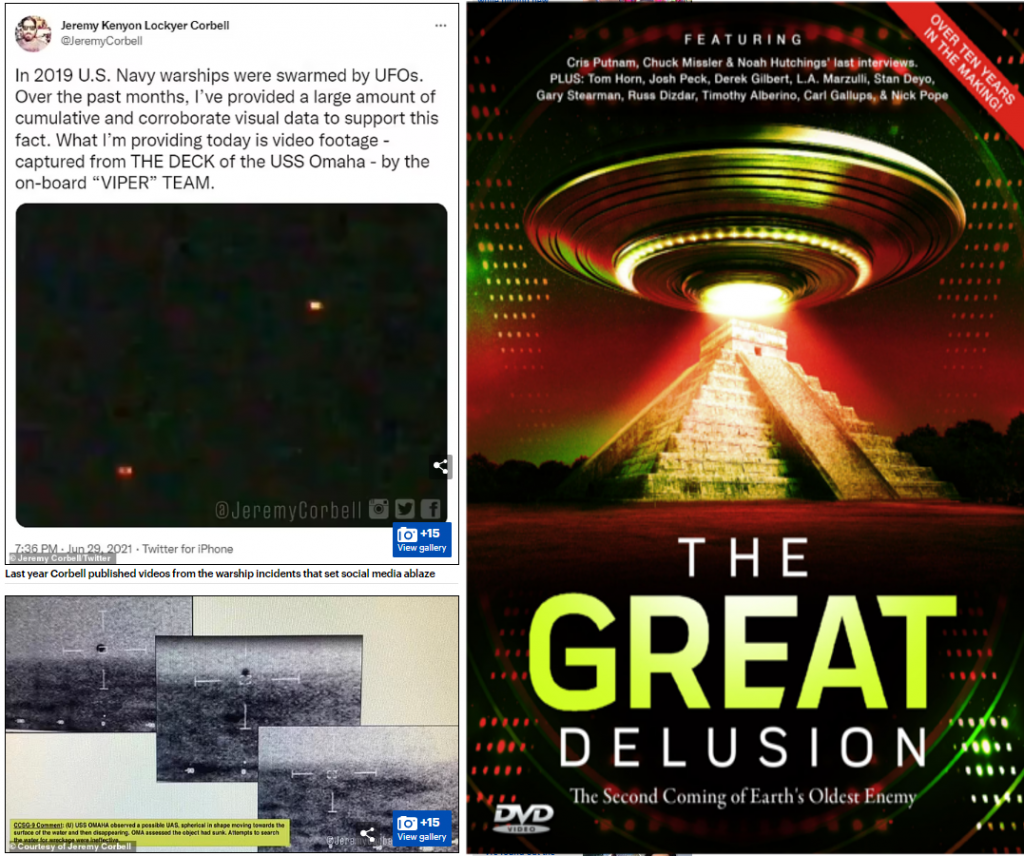 Sailors on board a fleet of Navy warships sailing off the Southern California coast witnessed several of the ships being swarmed by a host of unidentified flying objects. The incident went on for hours, and then happened again and again throughout the month, with craft hovering and zipping around near the fleet with flashing multicolored lights. Documentary filmmaker Jeremy Corbell, in an exclusive interview with DailyMail.com, says that crew from the ships have told him the swarms of ‘at least 100’ UFOs possessed unexplainable capabilities. And he warned that unless the government can determine who or what was behind the swarm, the intelligence failure would ‘dwarf our mistakes made surrounding the events of 9/11… (READ MORE)