What Other Secrets Are Hidden In The Qumran Caves? 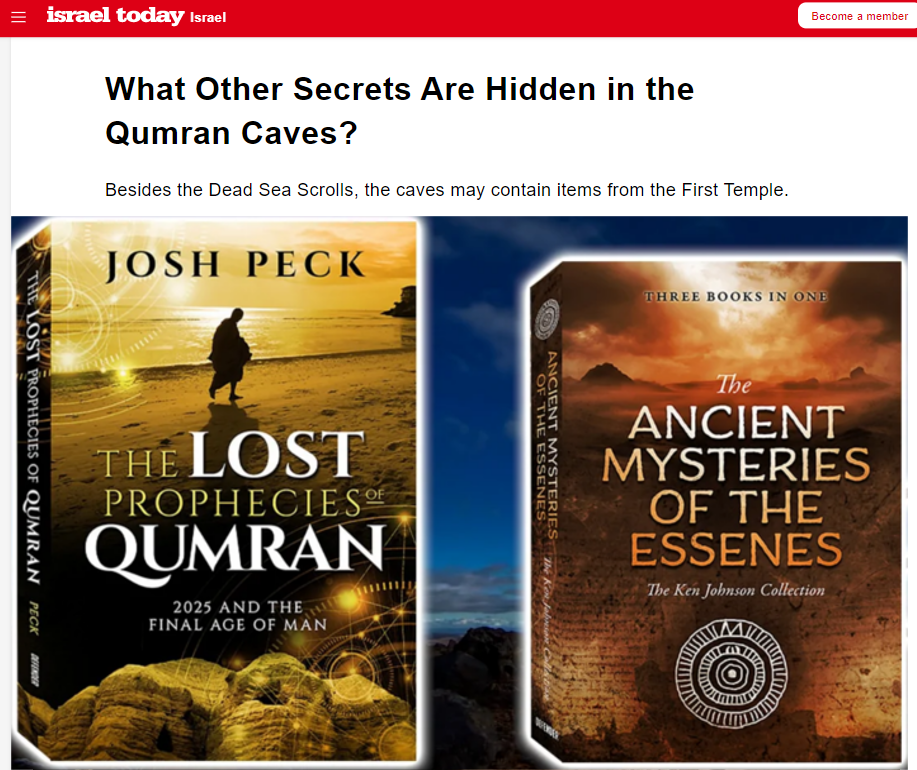 Besides the Dead Sea Scrolls, the caves may contain items from the First Temple. Regarding items from the Temple, David Yehuda, an author involved in historical research on the subject, has been involved for decades with the work at Qumran. He cited several ancient documents that cross-reference each other, noting that all seem to point to Qumran as an area that may contain items of great significance, possibly from the Temple. As an example, the Copper Scroll, which sits in a museum in Amman, Jordan, lists many locations—a number of which seem to point to the Qumran area—where certain items from the First Temple were supposedly hidden before the exile. Finally, the apocryphal book of Maccabees describes the prophet Jeremiah’s efforts to hide the most important items from the Temple in a cave somewhere on the way from Jerusalem to Har Nevo (Mount Nebo). Qumran is coincidentally located halfway between these two sites. As a result of all this, Yehuda is optimistic that the caves will ultimately yield more secrets and perhaps even some of the items secured at the end of the First Temple period some 2,500 years ago. Could they find the Ark of the Covenant? Or the Tabernacle of Moses? Either of which would demand construction of a Third Temple… (READ MORE)