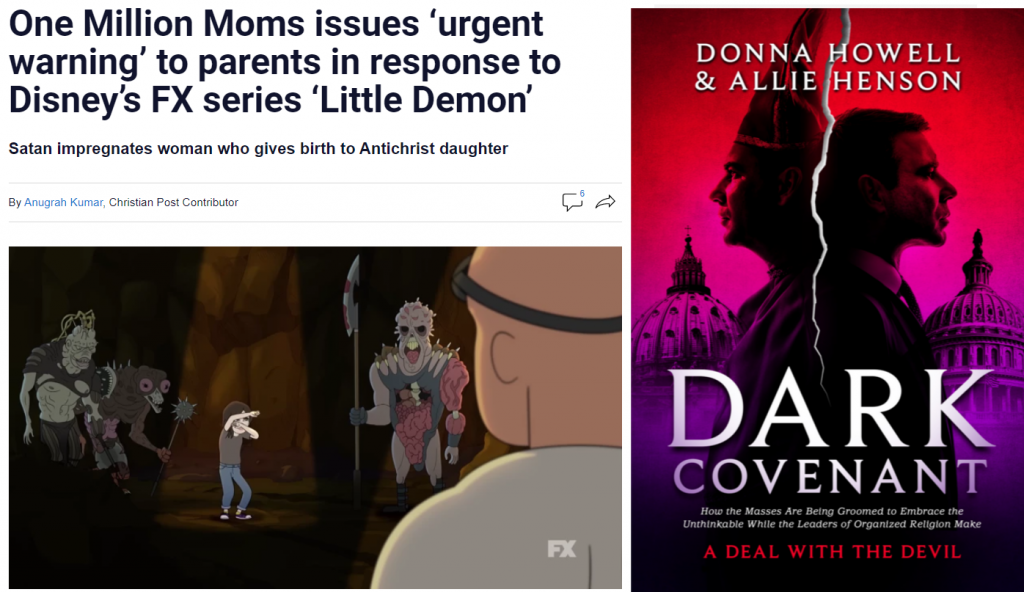 Disney’s new FX series “Little Demon,” which features a woman who is impregnated by Satan and gives birth to an Antichrist daughter and carries graphic violence and nudity, “makes light of hell and the dangers of the demonic realm,” says One Million Moms says in an online petition. Due to the show’s content, the group is issuing an “urgent warning” to parents. Through its adult animated sitcom series “Disney is introducing viewers, including children who might stumble across this series, to a world of demons, witches, and sorcery,” the Christian conservative group said in the petition. One Million Moms said the “show makes light of hell and the dangers of the demonic realm. Even the previews and commercials include such horrific content that it is difficult for families who watch FXX to avoid its evil subject matter completely.” Disney is trying “to portray witchcraft as a positive tool to fight evil,” according to the group. Isaiah 8:19-22 talks about a spiritual realm that is not of God and warns against participating in witchcraft or consulting… (READ MORE)