THIS HOLIDAY SEASON, WE’RE ALL FROM THE ISLAND OF MISFIT TOYS: PART 6 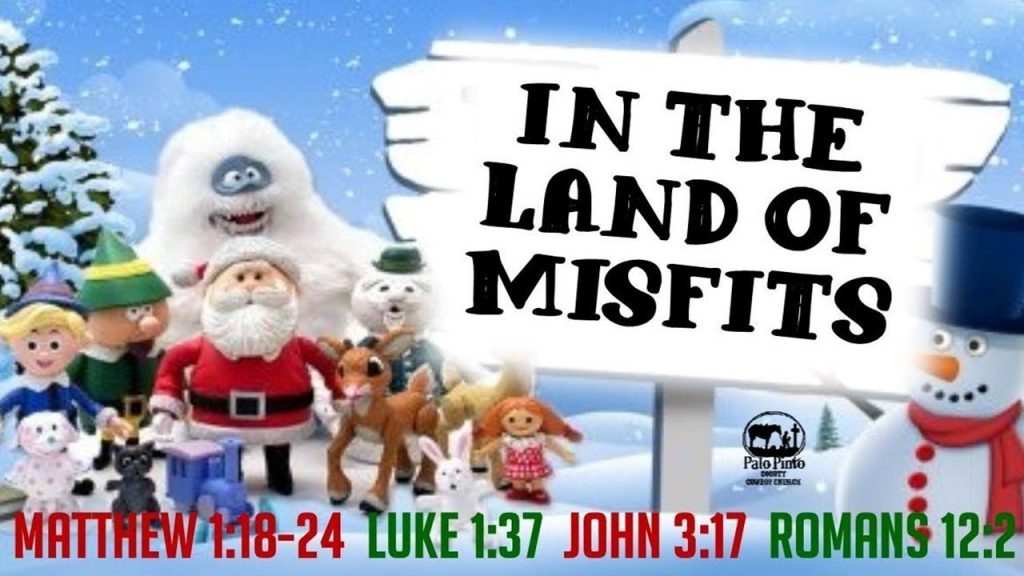 The 1964 version ended when Santa and Rudolph flew up into the sky, failing to make good on the promise of returning to the Island of the Misfit Toys. The sudden credits surprised viewers of all ages who had been waiting through the second half of the film to receive closure on the fate of the unlovables. When there was no definite resolution for the sad dolly, the train with the square wheels, the Charlie-in-the-Box, or the rest of them, despite Rudolph’s oath to care for his fellow misfit…the hero became the abandoner.

As history does tell, the producers over at the Rankin/Bass Studio responded favorably to the letter campaign and viewer demands. The new ending, which involved Santa’s and Rudolph’s return to the island to distribute the lonely toys to loving children all over the globe, satisfied the world.

Note something interesting here: The public could have been outraged that the parents never loved the small deer. They could have been mad that Santa, himself, saw only disability and limitation. They could have railed against Comet for banishing the team’s best flyer for an aesthetic and unrelated purpose. They could have written in that at least one of these little reindeer’s parents at the games should have given their offspring a stern lecture on love and acceptance instead of allowing their kid to blast out-of-control mockery at an isolated and hurting child. They could have carried out a number of protestations against this film.

But they didn’t. All these issues were given closure. Instead, they banded together to make the statement: The “misfits,” the “broken,” the “unlovables” cannot and will not be left behind and forgotten. This was a grievance too much to tolerate.

And for whom did these people really rise up for? A bunch of fictional toys in a stop-animation movie? Certainly not. That’s silly. The underlying motivation behind their activism was for real-life misfits. If we allow a representative character to get the shaft, our silence stands as an endorsement that we are okay with allowing the world to forget those of us who feel the way these sad toys did. No, the campaign wasn’t for the “toys.”

They protested on behalf of every person who feels they don’t belong. They made a stance for the broken, the disabled, the lonely. They broadcast with their actions that there is no man left behind in this game of life, that every soul has value and there is no toleration or appreciation for the insinuation that those the world deems as damaged goods won’t be allowed to share in the happy ending. They rose up for every odd-man-out, every loner, anyone mislabeled as a “nonconformist.”

Why? Because, when the truth is told, each of us sees a little of ourselves in the reflection of these beings. And, as such, each understands that if the fate of these is passively left unexamined and unsettled, it makes the silent statement that misfits everywhere do not matter and are not worth saving. This is not a conclusion that an entire population of self-perceived oddballs will take sitting down, so the demand that the fate of the toys be redeemed is actually a reflection of our own inner-desire for reconciliation, redemption, and recognition of our inner value. And, this is evidence that there is a spiritual component to our banishing perception toward both others and ourselves. Since, deep down, those who stand for the rejected ones are not fictional characters, but actual, human beings with such noble and innate desires, perhaps before moving on to study the toys, we should visit a real-life example of one of the greatest misfits of all time. Rest assured that we will return to these outcast playthings and cover them at length, but first, let’s deviate to take an in-depth look at a misfit you thought you knew; but likely had no idea just what an oddball he truly was.

This nonconformist is the one who washed up in a basket…

The Baby in a Basket

Some might be wondering why these authors chose to use Moses as our example of the “ultimate misfit” instead of Jesus. Our Messiah was, in fact, a supreme misfit to those of His day, was He not?

As a matter of fact—cold, hard, historical fact—He was.

Considering the sheer volumes of prophecies He fulfilled in His coming, you wouldn’t think so…but it’s no secret that the Jews wanted Him to arrive like a military champion to free them from the oppression of Rome. (And, had He been what they wanted, it might have fixed an uncomfortable wrinkle in time for the Jewish nation, but it would have been a travesty of unending proportion if that temporary, earthly goal was all He had come to accomplish.) When He didn’t take down Rome, their continual discomforts related to social and political affairs led them to reject Him as the Promised One. He met their challenges and provocations time and time again with answers that have forever blessed this world, showing wisdom and restraint that no regular human ever has or ever will equal or surpass…but these answers were those which infuriated the religious leaders of His day when He did not concede and give them what they wanted, so he became even more a misfit to His own people.

By the time He was taken to trial, He had more than proved Himself the Son of God to anyone who had eyes to see and ears to hear (such as His throngs of disciples), but He would never soothe the grandiose expectations of those who cried “Crucify him!” from the crowds.

DO YOU FEEL LIKE A MISFIT? PERFECT! GOD HAS BIG PLANS FOR YOU!

In light of the eternal plan, Jesus’ death was no tragedy. But in His day, for those who didn’t believe, Jesus, the grandest misfit of human history, would be hung on a cursed tree to die like a criminal.

Talk about a Man who punched the legalistic Jews’ cookie-cutter-messiah mold in the mouth!

Nevertheless, there are two major reasons we opted for Moses instead…:

And yes, we know that God chose to send His Son in wholly-human, wholly-God form in part that we humans would find Him more relatable, but the context is different. As merely one of many theological examples: We are blessed in finding Him relatable because He was “tempted in every way just as we are” (Hebrews 4:15). Now, any time we are tempted, no matter what that temptation is, we can say that our Savior knows how that feels and has faced such a thing before. That’s excellent, wonderful, amazing news that the very God of the universe who created everything including emotion would be able to relate to us in such a personal way! It shoots down and kills this idea that God is some faraway being who made us, set us in motion, and then just sits back and watches us bungle around, choosing to be uninvolved with our lives and pain (that’s the god of Deism, by the way)… The benefits of Jesus having been tempted could go on for a hundred pages or more!

He did not sin. Ever. He never allowed Himself to participate in any moral failing (Hebrews 4:15). And as much as we hate to say it, we can’t relate to that. We human misfits, in part, feel the way we do because of imperfections that we don’t have in common with Christ. And what good would it do to write a book that makes the statement, “God will not only use you ‘despite’ your flaws, He will use you because of your flaws!” and then give you the Flawless One as the example…? One of the central purposes of this book is to encourage those people who self-identify as misfits, oddballs, eccentrics, and loners to rise into the calling that God has placed on their life and obey what God is asking them to do, even when they don’t believe they will ever be qualified. Jesus cannot and will not ever be categorized as someone who failed, delayed, or even questioned what the Father was asking of Him, and in this way, He did not and does not self-identify as a misfit. In this one area—an area that is crucial to this book—no human alive will ever be, nor should they ever be, capable of identifying with Jesus’ perfection.

Yet, for those readers who have never really thought about Jesus as a societal misfit before: Consider all He was to His peers and the religious people of His day—think of how bizarre He must have looked to those in the secular world of His day, too—and then be immensely encouraged by the fact that His story is a blazing example (among many martyrs in Church history) of how obedience to God’s call on a life can change the world forever.

If Jesus could rise to the occasion, and if His disciples and apostles could after His example, and if passionate men and women all over the world since the time of the apostles could give the whole of their lives over to “the call” no matter what the cost after their examples…then so can you.

Oh, also…so did Moses. His obedience cost him everything, even up to the very end. And remember how we said that Jesus was perfect?

UP NEXT: This Study Is Not What You Think