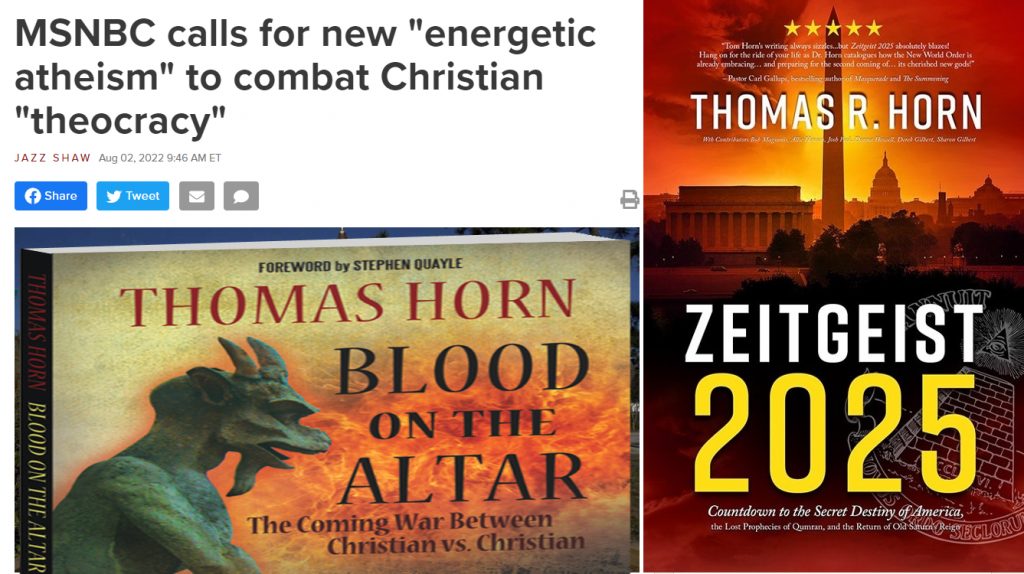 The American left has plenty to complain about these days. Liberals who support standard Democratic Party platform planks such as legal abortion, more gun control, and public schools over private schools or homeschooling, have been drenched in bad news coming from various Supreme Court cases and polls showing a widespread rejection of their agenda in the coming elections. There is plenty of blame to go around, at least in their minds. The conservative majority on the Supreme Court is near the top of the list of villains for many. Conservative elected officials passing laws they disagree with are also common targets. And then there’s always the Bad Orange Man who can apparently be blamed for virtually anything. But at MSNBC’s website, Zeeshan Aleem has a different target in mind. Rather than blaming any one person or group of people for all of these woes, he’s found a more pervasive evil that is the fountain from which all of these disasters are flowing. You see, the real problem is Christianity. Yes, it’s embodied in the words and actions of many public figures who adhere to the faith, but it’s the underlying religion itself that’s poisoning the communal well. And the only answer is a new era of “energetic atheism” that Aleem would like to see identified as “communitarian atheism.” That is how the world can combat this trend toward a despotic “Christian theocracy,” enacted by “Christian nationalists,” permanently taking over America… (READ MORE)