Archaeologists Hail ‘Dream Discovery’ As Sarcophagus Is Unearthed Near Cairo 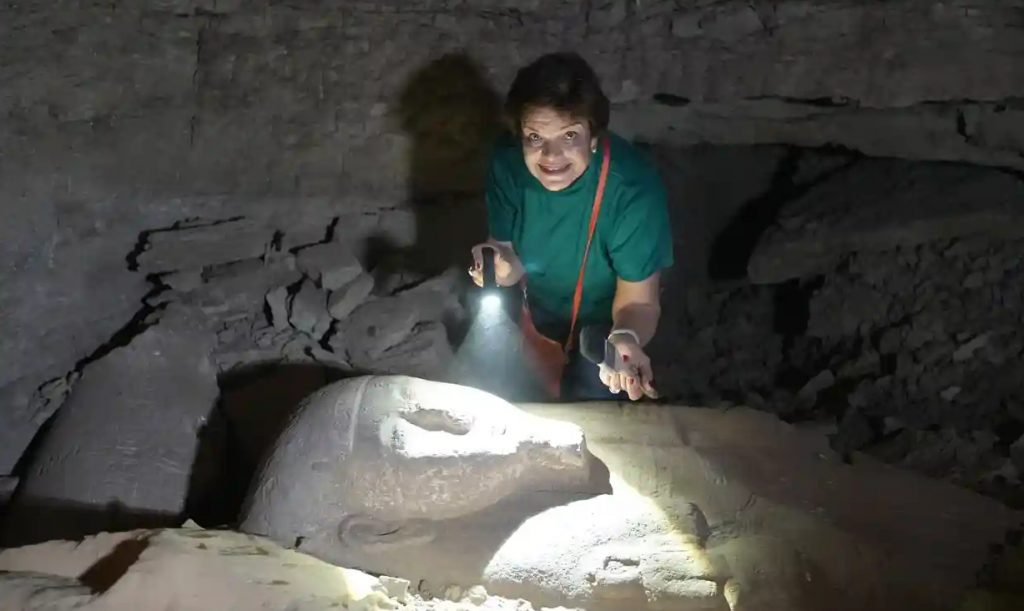 It has lain within a burial chamber, undisturbed, for thousands of years. Now a remarkable Egyptian sarcophagus has emerged from deep beneath the sands near Cairo, to the excitement of archaeologists, who describe it as a hugely significant “dream discovery”. The giant granite sarcophagus is covered in inscriptions dedicated to Ptah-em-wia, who headed the treasury of King Ramses II, Egypt’s mightiest pharaoh. Ola El Aguizy, emeritus professor of the faculty of archaeology at Cairo University, discovered it in Saqqara, an ancient necropolis about 20 miles south of Cairo. Last year, El Aguizy, who heads the archaeological mission at the site, uncovered Ptah-em-wia’s surface-level tomb. Now she has found his underground burial chamber with the sarcophagus, which could reveal more about those who ruled Egypt after Tutankhamun… (READ MORE)