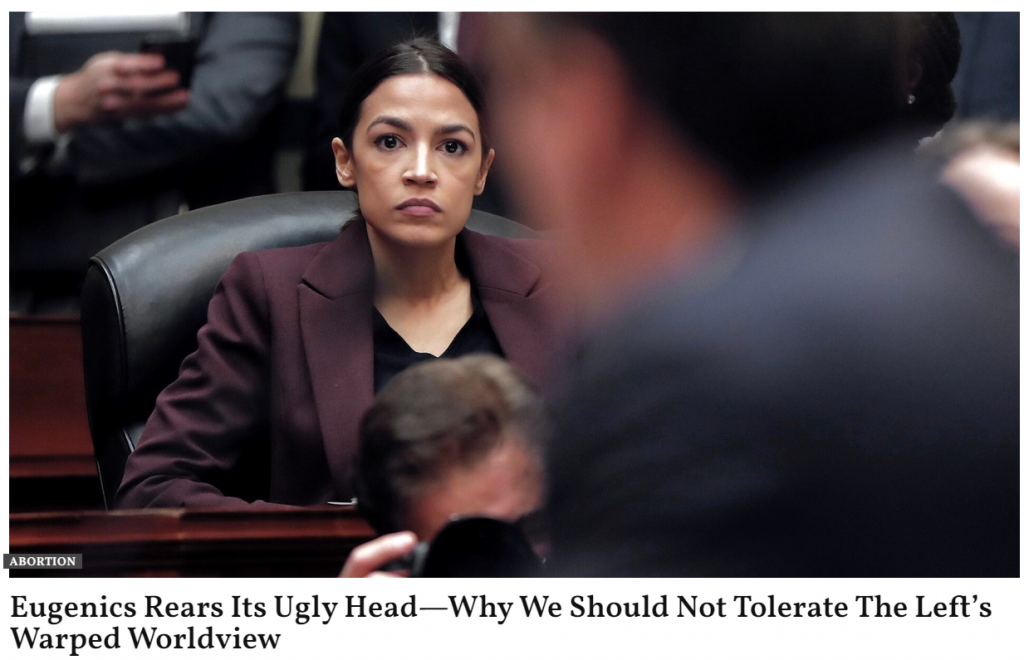 According to radical Democrat Socialist Congresswoman, Alexandria Ocasio Cortez, it’s better not to be born than to be alive if you’re poor. Even sadder than her callous comments, many of her liberal followers chimed in and agreed with her twisted, eugenic views on Twitter. Remember, these people are allowed to vote. And they openly vote for pro-death candidates. In the warped worldview and Marxist-driven ideology of AOC, one sees the world through the lens of class struggle, there are oppressors and those who are oppressed. She recently said that “forcing” women to give birth “against their will” is a “profound economic issue.” Ah. There it is. Eugenics also rears its ugly head… (READ MORE)