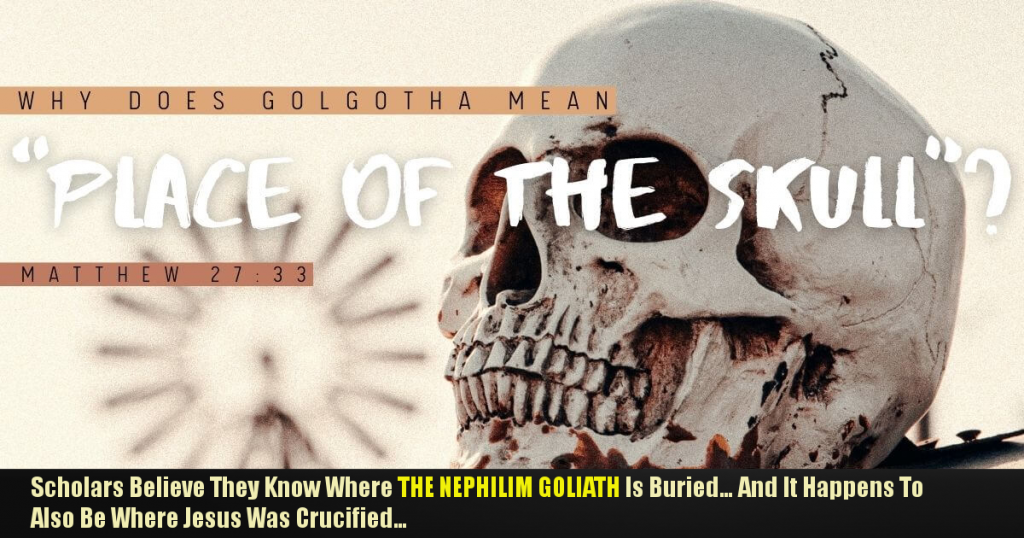 Biblical scholars have come up with a curious theory – Cavalry, the hill just outside of Jerusalem, is the location of David’s famous battle with Goliath that ended with David burying the giant man’s severed head, according to the Daily Star. They also believe that if the area is excavated, archeologists will find Goliath’s skull. Researchers are looking for solid proof that the skull is buried at Cavalry — which is where Jesus was crucified, according to the New Testament. Rick Shenk, from the Bethlehem College & Seminary, speculated: “David took the severed skull to Jerusalem. Odd, because Jerusalem was not David’s capital, but a city of God’s enemies. What did he do with the giant-head, the head of the Bronze Serpent? Perhaps, he impaled it on a hill outside of the city, visible to all.” He added: “Hundreds of years later, Jesus was crucified at the ‘place of the skull’ outside of Jerusalem. But why was that place called Golgotha in Jesus’ day? The text does not tell us, but it is intriguing that this place name sounds very much like, Goliath. Whether or not Goliath of Gath is the correct etymology of Golgotha, it was in this very city to which the head of Goliath was taken. It was on this very hill where Jesus’ feet were pierced by the nails… (READ MORE)