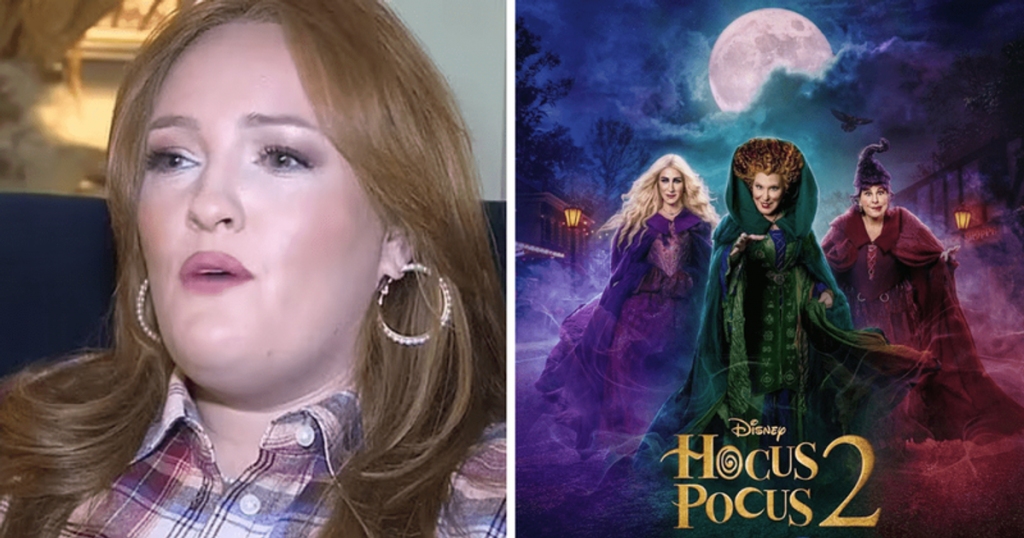 A Texas mother has warned American families that watching Hocus Pocus 2 could result in evil spells being cast in their homes – and potentially even open the gates of hell. Jamie Gooch, 33, of Troy, has urged parents to not let their children watch the PG-rated movie Hocus Pocus 2, which premiered on Disney+ September 30 to huge anticipation, with original stars Sarah Jessica Parker, Bette Midler and Kathy Najimy all returning. ‘A worst case scenario is: You unleash hell on your kids and in your home,’ the mom-of-three told KWTX. Seemingly on the verge of tears, Gooch continued: ‘It grieves me, the thought of exposing our kids to darkness.’  ‘After all, the whole movie is based on harvesting the purity of children’s souls so that witches may live on…What is happening when we watch these films? What are we subjecting our minds to? What are we welcoming into the homes of our families?’ she questioned in the Facebook post on September 26. The Texan went on to say that the ‘truth’ about witches and warlocks in the ‘satanic church’ is that they ‘abuse and sacrifice children in their “spiritual rituals.”‘  Gooch believes that simply watching a film about witches and spells could implicate viewers in their evil doing, even when it is fictional… (READ MORE)