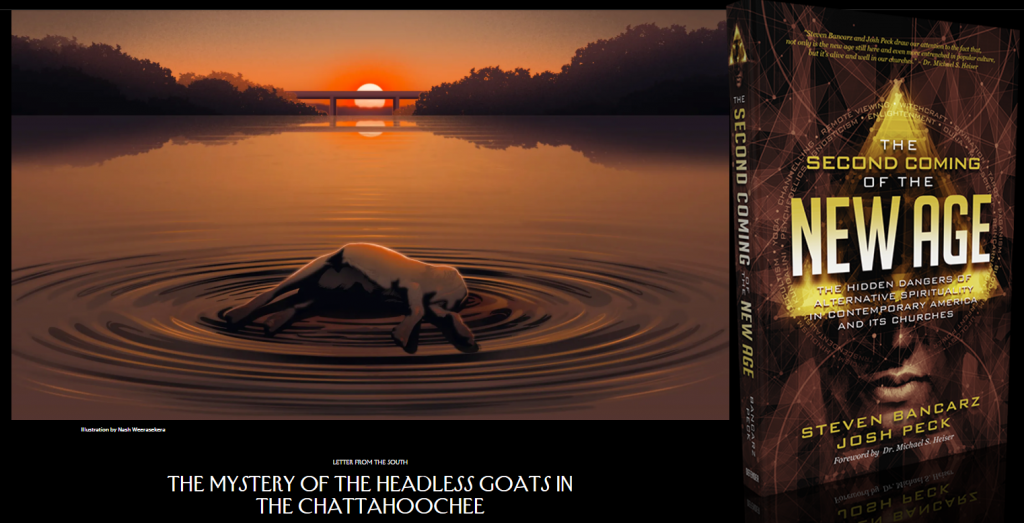 Ulseth had boated it a hundred times before. “But, this time,” he told me recently, “I saw something white off on the side near the bridge.” He pulled the boat over to the bank. “There were eight or nine baby decapitated goats just floating in the water. … ” … [That] morning in October, Ulseth said, marked the beginning of the Chattahoochee’s headless-goat era. “After that, I found them there pretty much every single time I’d go out,” he told me. “Just bodies, never heads. Sometimes dozens.” Ulseth estimates that in the roughly four years since that day he’s found around five hundred decapitated goats in the Chattahoochee. … “A family can now have a nice paddle on the river and then take out right there near Six Flags,” Ulseth told me. “But, as soon as someone paddles down and sees that crap,” he said, referring to the goat carcasses, “they’re never coming back.” One theory about the headless goats of the Chattahoochee focusses on the Afro-Caribbean religious tradition Santería, also known as Lukumí and La Regla de Ocha. The practice sometimes involves animal sacrifice… (READ MORE)