Hollywood Star From “The Blacklist” Says ‘Denial Of God,’ Rise Of ‘New Age’ Is Driving Cynicism of Modern Culture 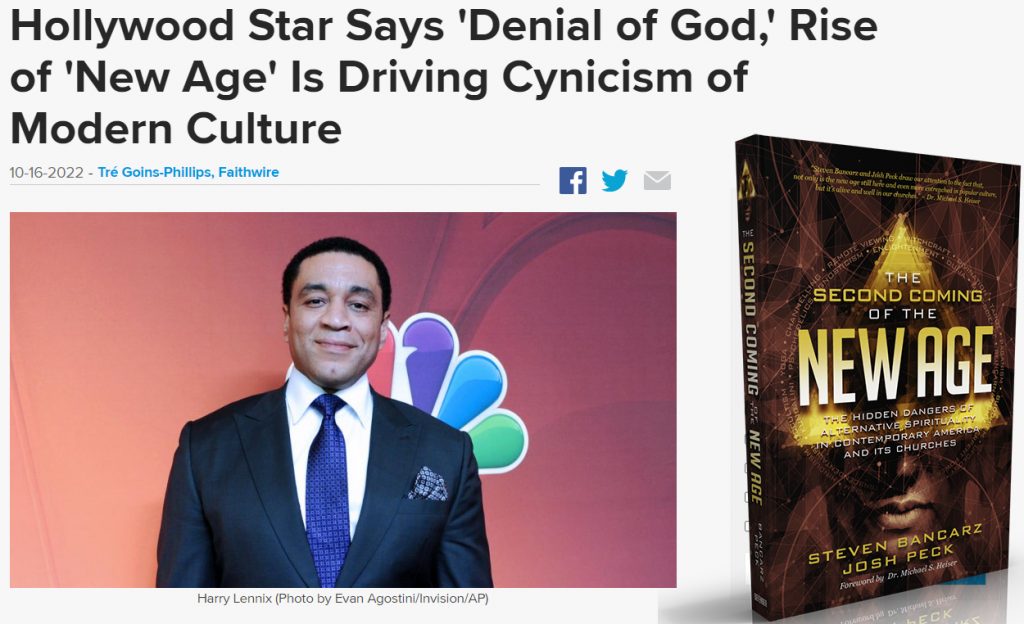 Not only are Americans increasingly cynical about their government, they’re also trusting one another less and less. In 2019, nearly 80% of Americans said they had “too little” trust in each other — a trend one Hollywood star believes is the result of a cultural “denial of God” and the rise of the “New Age.” Harry Lennix, known for his recurring role in the NBC crime drama “The Blacklist,” recently told CBN’s Faithwire the “real issue” plaguing society is “the cynicism of modernity,” which finds its origin, he said, in the “insistence that there be an abdication of God, denial of God in the name of whatever this is, the New Age, the computer age, of intelligence, of our own humanism… (READ MORE)